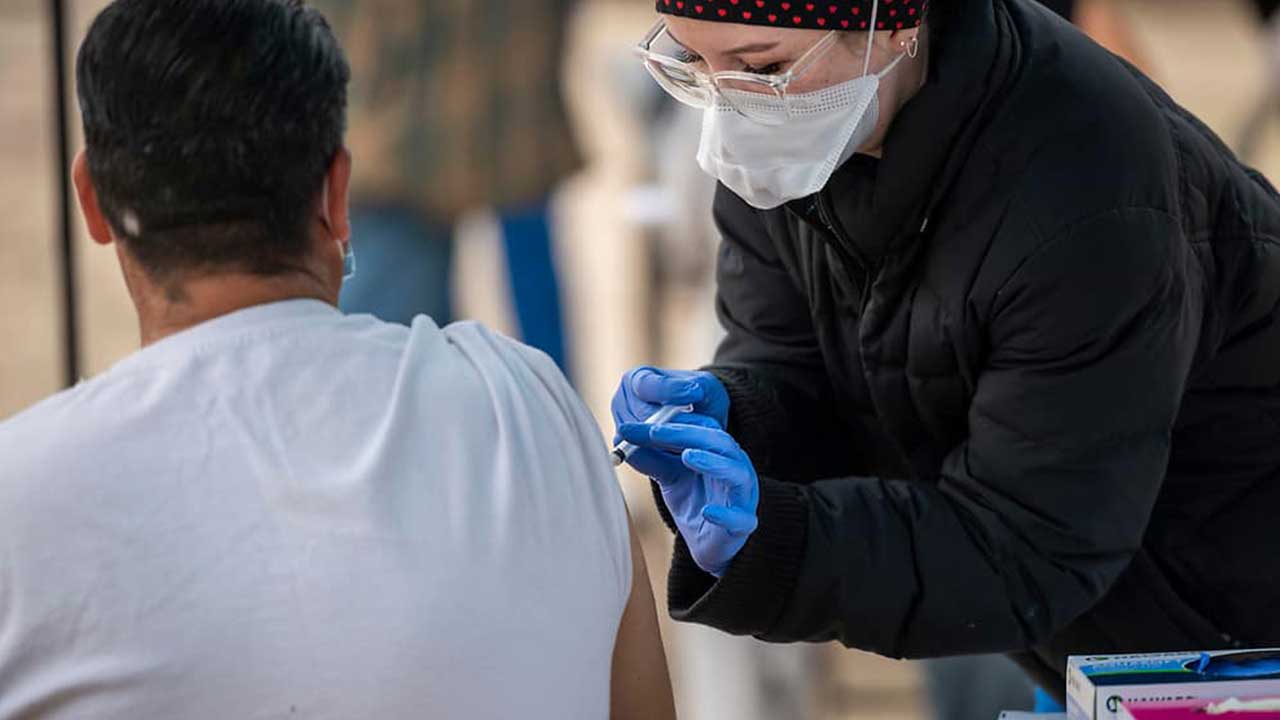 Many Central Valley farmworkers say "no" to COVID-19 vaccines because of alarming myths about vaccinations. (California Farmworker Foundation)
Share with friends

After much reluctance to get vaccinated against COVID-19, the farmworker community is running out of options to say “no.”

An estimated 35% of Central Valley farmworkers say they do not want to get vaccinated, and much of their hesitancy stems from misinformation they see on social media and in the news, according to the California Farmworker Foundation.

However, because of a labor shortage, it appears that many Central Valley ag companies do not want to mandate a vaccine that could push farmworkers to leave their jobs – a consequence that could critically impact labor shortages and, in turn, supply chain issues.

“We are dealing with a population in which vaccination rates can go so far,” said Hernandez.  “At the end of the day, we have to start looking at policy now — how can policy impact the choices of the communities we serve?”

It doesn’t help that vaccine myths run rampant across farmworker communities in the Central Valley, with the objections and excuses changing weekly, says Hernandez.

“Every single day, there is a new myth,” he said.

Among the myths: Vaccines will alter their DNA, cause sterility, and even hurt their children,

A month ago, Hernandez and his team set out to gather data across the Central Valley on the vaccination status of the men and women who work in California’s vast agricultural lands.

They wanted to hear directly from farmworkers on what their needs were and on how to better support them, their communities, and their work sites.

Hernandez discovered that many were still hesitant or would stubbornly decline vaccinations no matter what evidence of the vaccine’s efficacy and safety was presented.

Many farmworkers who have been vaccinated did so early in the pandemic when the fear of COVID-19 was high, Hernandez said.

Now, it appears that fear levels have dropped and farmworkers are exhausted after nearly two years of working and dealing with the pandemic. Many are no longer taking as many precautions as they did before.

However, California, which was one of the earliest states to provide vaccinations to essential workers and has heavily promoted vaccinations, continues to make vaccinating agricultural workers a priority.

California was also the first state to approve an agricultural worker relief package — ensuring paid sick leave and stricter enforcement of guidelines — and has prioritized agricultural workers by providing plenty of PPE and COVID-19 testing.

Conclusion: The low vaccination rates in Central Valley communities where farmworkers live and work appear to be a matter of choice.

According to a report by the California Research Bureau, Monterey, Fresno, and Kern counties have the largest number of farmworkers in the state with 92% of them Latino. 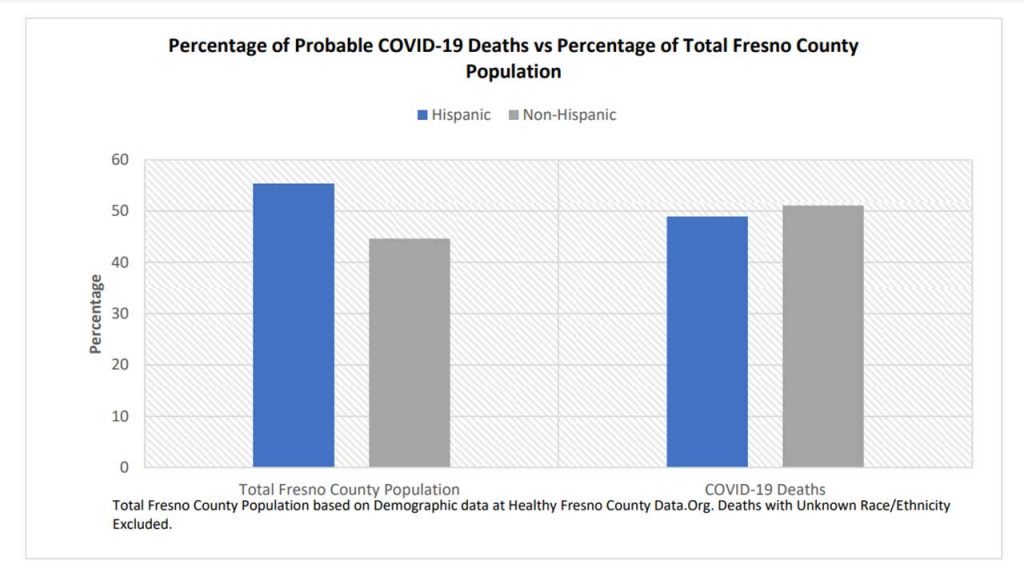 The National Center for Farmworker Health reported that from July through November of 2020, 13% of central California farmworkers were infected with COVID-19 and 20% had antibodies for COVID-19.

Hernandez’s team also found out that many of the farmworkers’ children had already contracted COVID-19. In fact, 1 out of 5 children in farmworker families in Madera, Fresno, Tulare and Kern counties was diagnosed with COVID-19.

Why Are Central Valley Farmworkers Saying No to Vaccines?

Three months ago, the team held a vaccine clinic for almost 300 farmworkers and noticed that 100 were missing.

From one day to another, young farmworkers who previously said they were more than willing to get the vaccine no longer wanted it. By conducting focus groups and interviewing hesitant farmworkers on their reasons for rejecting the vaccine, Hernandez was able to figure out what caused the sudden change of heart.

It turns out, Spanish news media Univision ran a report the day before on an Israeli rabbi who stated the vaccine would change someone’s “sexuality.” Univision has since retracted the story and fact-checked the falsity of the rabbi’s claim.

“We always track misinformation and it changes by the day,” said Hernandez. “For our population, it’s not only Facebook being at the forefront but it’s also the media.”

Since then, CFF poll results show a wide array of excuses that range from paranoia to conspiracy theories — along with legitimate questions about side effects.

Some of the almost 200 respondents to the survey cited the government wanting to control their bodies and their brains, magnetic chips being inserted into their arms, and the vaccines causing cancer. Some repeated the debunked Univision report that the vaccine would change their sexual orientation.

Others thought that the vaccines would alter their DNA, cause sterility, hurt their children, result in death in the next three to 10 years, or turn them into “zombies.”

Even though none of these claims are true, the myths continue to circulate among some farmworkers, just as they do in the general population.

In southern California, Imperial County suffered high infection and death rates at the outset of the pandemic. However, the impoverished agricultural county now boasts one of the highest vaccination rates in the state at 86%.

Why do farmworkers there trust the COVID-19 vaccines?

When a highly respected priest died from COVID-19, the event triggered mass vaccinations throughout the county, Hernandez said.

“In general, there is a correlation with income and vaccination rates, but I think what Imperial County data tells us is that it can be overcome, it just takes effort,” Fabian Rivera-Chavez, assistant professor of pediatrics and biological sciences at the University of California, San Diego, told Calmatters.

Hernandez says education can only go so far, and that the next possible step will be through policy – by enacting a vaccine mandate.

“We know that data is telling us that 60% (of farmworkers) would support a mandated policy and 40% would not,” said Hernandez.

“Like any other parents, their children, they’re always very protective and now if they mandate it at school, then that would get them to consider the vaccine,” said Hernandez.

When polling farmworkers, Hernandez’s team asked many of the farmworkers what would prompt them to get a vaccine.

Data suggested farmworkers would have to be arm-twisted into getting a vaccine through mandated policies that would eliminate their opportunity to make a living.