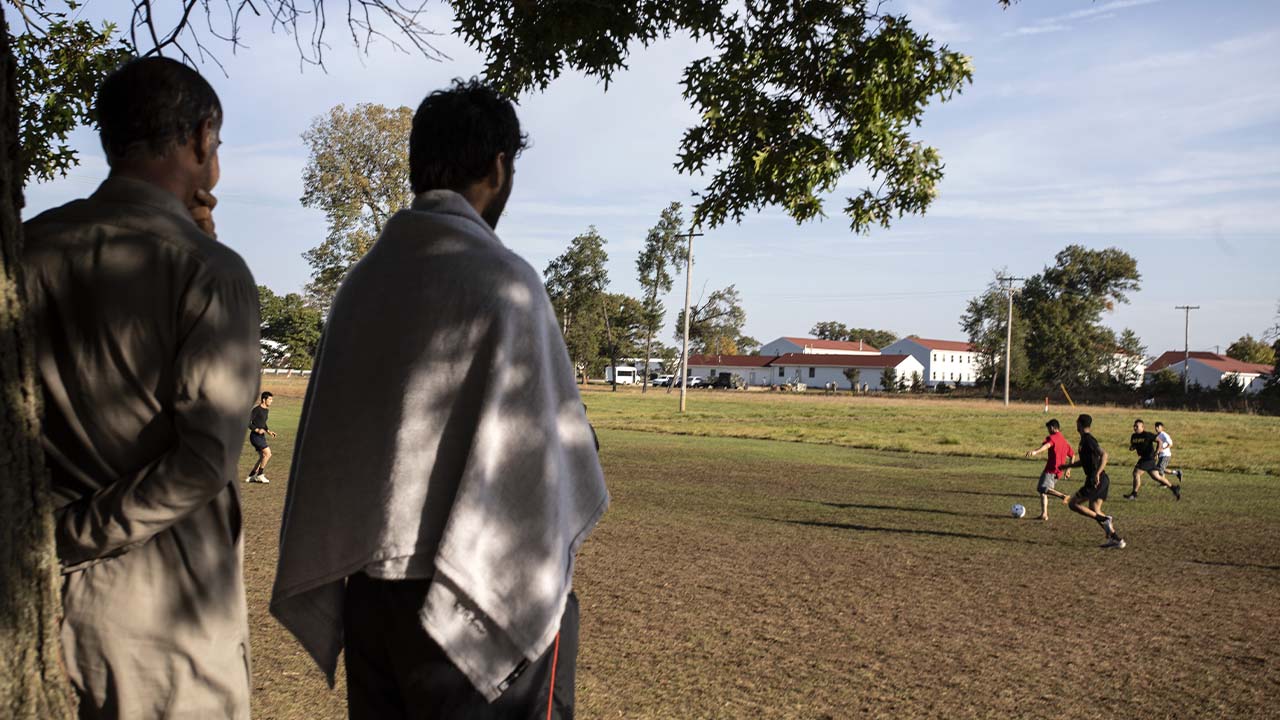 WASHINGTON — Afghan refugees will soon be arriving again in the U.S. after a massive campaign to vaccinate them against measles following a small outbreak that caused a three-week pause in evacuations, officials said Monday.

Authorities have administered the vaccination to about 49,000 evacuees staying temporarily on American military bases as well as to those still at transit points in Europe and the Middle East, according to the Department of Homeland Security.

The measles outbreak, detected in 24 people, had put on hold one of the largest refugee resettlement efforts in U.S. history, dubbed Operation Allies Welcome. It also stranded about 15,000 at overseas transit points.

“The success of this vaccination campaign demonstrates our commitment to the health and well-being of arriving Afghan evacuees, the personnel assisting this mission, and the American people,” Dr. Pritesh Gandhi, the DHS chief medical officer, said in announcing the completion of the effort.

Everyone coming from Afghanistan is also tested for COVID-19. About 84 percent of the refugees in the U.S. and at overseas transit points have now received vaccinations against the coronavirus, officials said.

The U.S. evacuated about 120,000 people in the chaotic days following the fall of Kabul to the Taliban in August. They were a mix of U.S. citizens, Afghans with legal permanent residency or who were applying for visas and refugee status along with their families.

Testifying before Congress last week, DHS Secretary Alejandro Mayorkas said the U.S. has admitted about 60,000 people from the airlift out of Afghanistan, about 7% of whom are American citizens and about 6% of whom are permanent residents. About 3% have, along with their families, received the special immigrant visa for people who worked for the U.S. government or its allies during the war as interpreters or in some other capacity.

The rest are a combination of people who are in the process of finalizing their special immigrant visas or are considered likely candidates for refugee status because they are human rights activists, journalists or others who are considered particularly vulnerable under Taliban rule or for some other reasons. All undergo security vetting before they arrive in the U.S.

Afghans Resettle in the U.S.

DHS says a majority of the Afghans being resettled in the U.S. worked for the country in some form or are related to someone who did. The agency projects at least 40% are eligible for the special immigrant visa.

There are about 53,000 Afghans currently staying at eight U.S. military bases and receiving medical care and other assistance before they settle around the U.S.

Gen. Glen VanHerck, head of U.S. Northern Command, told reporters Thursday that about 4,000 Afghans at the U.S. bases have completed medical screening and the 21-day quarantine required after receiving the vaccine for measles, mumps, rubella, and chickenpox that most Americans receive in childhood, and should be setting in their new homes in the coming days.