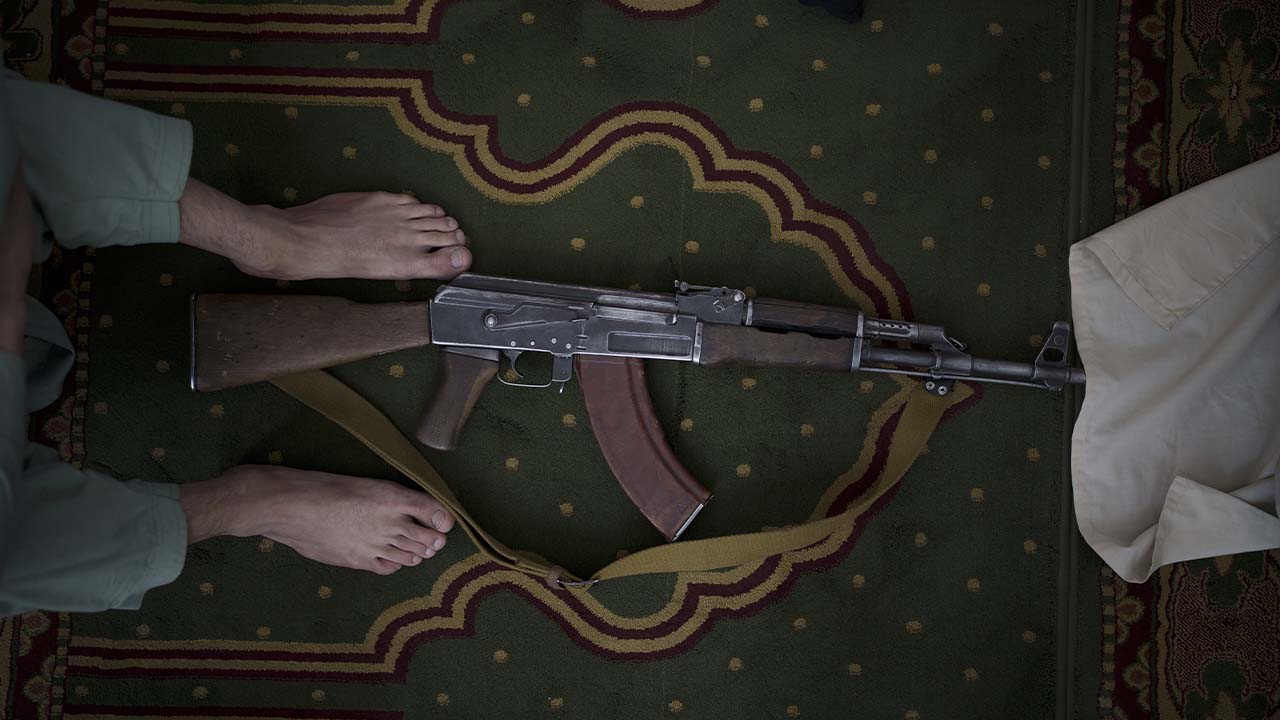 A Taliban fighter lays his AK-47 rifle down during prayers at a Mosque in Kabul, Afghanistan, Sept. 10, 2021. (AP Photo/Felipe Dana)
Share with friends

KABUL, Afghanistan — Afghanistan’s Taliban leaders met with Iranian officials in an effort to boost trade relations key to filling the country’s cash-starved coffers as it teeters on the brink of economic collapse, a spokesman said Tuesday.

Meanwhile, the Taliban said they arrested 11 members of the rival Islamic State group.

The Taliban met Monday with a delegation from neighboring Iran to regulate trade between the countries, Taliban spokesman Bilal Karimi said. They agreed to increase trading hours at the Islam Qala border crossing from eight hours per day to 24 and to better regulate the collection of tariffs and improve roadworks. Customs are a key source of domestic revenue for Afghanistan.

Afghanistan, an aid-dependent country, is grappling with a liquidity crisis as assets remain frozen in the U.S. and disbursements from international organizations that once accounted for 75% of state spending have been paused.

Taliban officials said Tuesday they arrested 11 members of the Islamic State group, a rival and bitter enemy of the insurgents, in Kabul. The IS affiliate — based in eastern Nangarhar province — has claimed responsibility for a spate of recent attacks targeting Taliban forces in eastern Afghanistan and elsewhere.

Karimi posted on Twitter that the raid was carried out Sunday night in the Afghan capital’s Fifth Police District. He provided no further details. The raid came just hours after a bombing that targeted the Eid Gah Mosque in Kabul, killing at least five people.

IS claimed responsibility for the mosque attack late Monday, saying in a posting by its Amaq news agency that one of its suicide bombers targeted senior Taliban figures following a mourning service.

Sunday’s bombing was the deadliest attack in Kabul since the Taliban took control of Afghanistan with the chaotic departure of the last U.S. troops on Aug. 31. IS had also claimed responsibility for the horrific bombing on Aug. 26 that killed more than 169 Afghans and 13 U.S. military personnel outside the Kabul airport, where thousands of people were trying to reach the airport to escape Taliban rule.

The world has been watching whether the Taliban will live up to their initial promises of tolerance and inclusiveness toward women and ethnic minorities. However, Taliban actions so far, such as renewed restrictions on women and the appointment of an all-male government, have been met with dismay by the international community.

Protests against the Taliban’s policies toward women continued Tuesday, with a demonstration in a Kabul private school by female teachers and students who held up signs saying “Education is a right.” The protest was held indoors to avoid backlash from the Taliban, who have recently outlawed demonstrations held without permission from the government.

The U.N. continued to sound the alarm about the country’s dire economic situation, saying a humanitarian crisis is imminent. The world body’s children’s agency warned that half of Afghanistan’s children under age 5 are expected to suffer from severe malnutrition as hunger takes root amid serious food shortages.

“There are millions of people who are going to starve and there is winter coming, COVID raging, and the whole social system collapsed,” said Omar Adbi, UNICEF’s deputy executive director for programs, during a visit to a Kabul children’s hospital.

At the hospital, a woman named Nargis sat with her 3-year-old child, who was suffering from severe malnutrition. She had come from Kunar province in the northeast, where fighting between the Taliban and the Islamic State group has deprived communities of accessing basic needs, including food. Nargis declined to give her full name.

More Than 100 Afghans From Music School Flown Out of Country