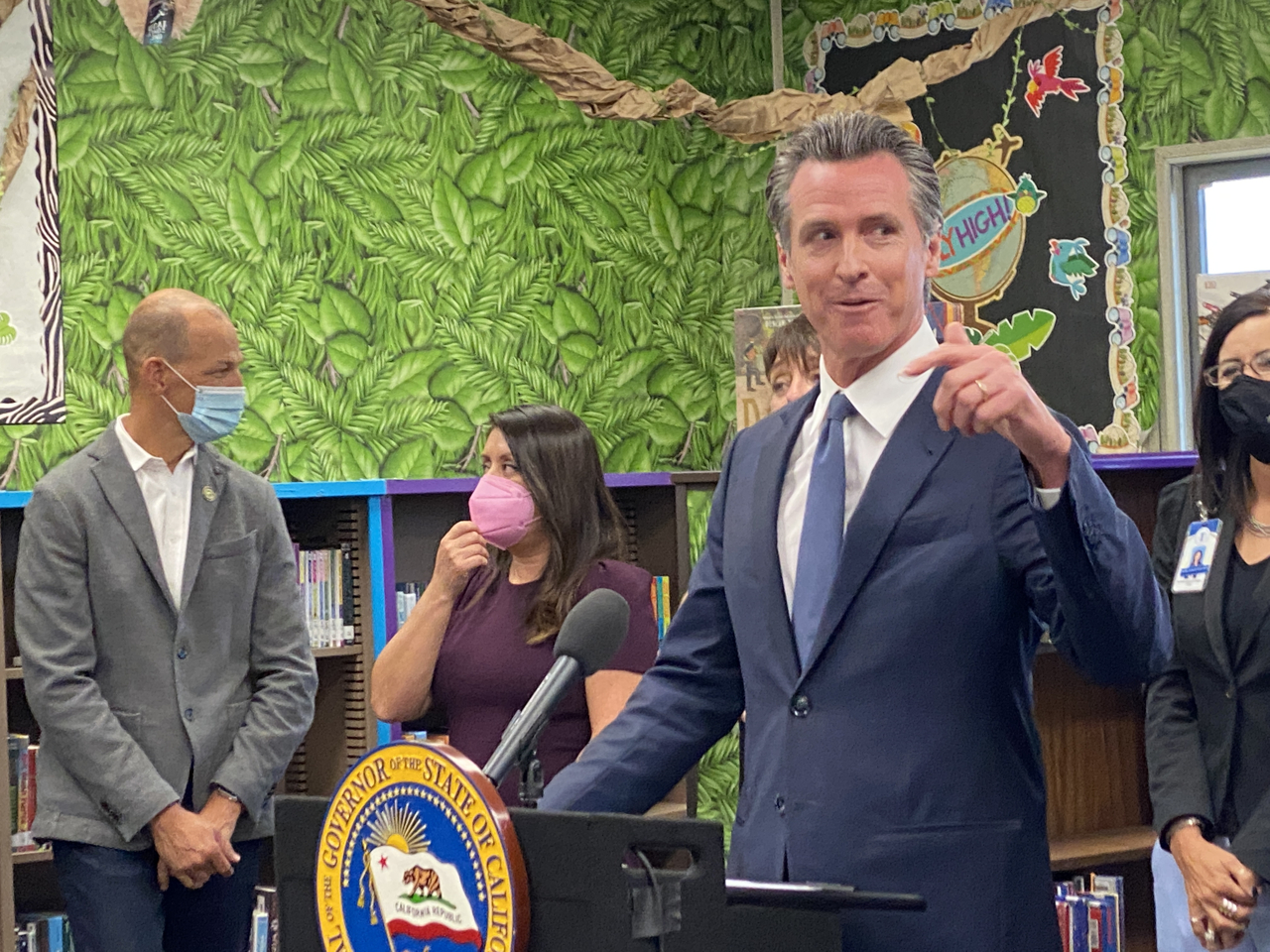 The sounds of Spanish echoed through the halls of Sunset Elementary school in southwest Fresno.

“Uno, dos, tres … .” the children counted off as they traveled from class to class with their teachers.

Sunset is a 100% dual language immersion program, one of the reasons Gov. Gavin Newsom visited the campus on Tuesday. He signed three pieces of legislation, including a bill to expand dual immersion throughout the state.

Newsom also highlighted other early childhood initiatives as part of his California Comeback Plan. They include adding a transitional kindergarten grade (also called pre-k or universal preschool) and establishing a college fund for every California child.

“We’re here to mark this incredible moment. I really believe this is a big, big deal. One of the reasons I want to come here, particularly to Fresno to highlight it, is because a disproportionate number of your kids are going to get this advantage. It’s really exciting,” Newsom said.

“I love Fresno. I love the Central Valley,” Newsom said.

“You matter, I care,” @GavinNewsom says to the people of Fresno and the Central Valley, dismissing political opposition to him across California’s heartland: “I’m tired of our politics, I’m tired of our division…It doesn’t matter where you were on the recall. You matter.” 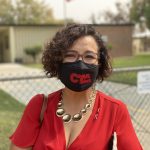 “It’s a program that opens their minds. It opens their eyes to different parts of the world.” — teacher Eva Ruiz

Assemblywoman Luz Rivas, D-Arleta, said she learned English at a dual immersion school program growing up in the 1970s.

“We’re going to be telling these young four-year-olds that speaking another language makes them more competitive in the future global workforce. I wish I would have had that encouragement when I was 4 years old. But I’m happy that now we’ll be doing that in California,” Rivas said.

She carried AB 1363, which the governor signed in Fresno.

Ruiz attended the bill signings in her role as a member of the board of directors for the region’s California Teachers Association.

“(Dual immersion) helps students by leaps and bounds. It helps them cognitively and in math, the sciences, and the arts. It’s a program that opens their minds. It opens their eyes to different parts of the world,” Ruiz said.

Newsom cited the state’s 21% GDP growth as the catalyst for more childhood investment.

One policy is to expand education by creating a transitional kindergarten class for 4- and 5-year-olds.

“We know that when kids start behind, they stay behind. And when kids start their educational program behind others because they don’t have the same opportunity, they ultimately end up falling behind in reading. Truancy increases. Dropout rates increase,” Dyer said.

The plan to save for college would start with $25 for every California child, the bill’s author, Assemblyman Adrin Nazarian, D-North Hollywood, said. The state would add $500 for low-income student enrollment in first grade and another $500 each for homeless and foster care children.

Nazarian compared the plan to social security for older Americans.

“Why not make that initial investment in children so that they can get a leg up into building their future?” Nazarian said.

The program, similar to the college 529 savings plan, would also help families with financial literacy. Funds would be available after the student turns 18 for education needs, not necessarily college.

The cost would be about $1.8 billion in one-time funds and $186 million a year. Newsom wants additional funding from matching funds and philanthropy.

Newsom compared California’s spending on children to a report of Alabama spending $2 billion in federal relief funds on building prisons. 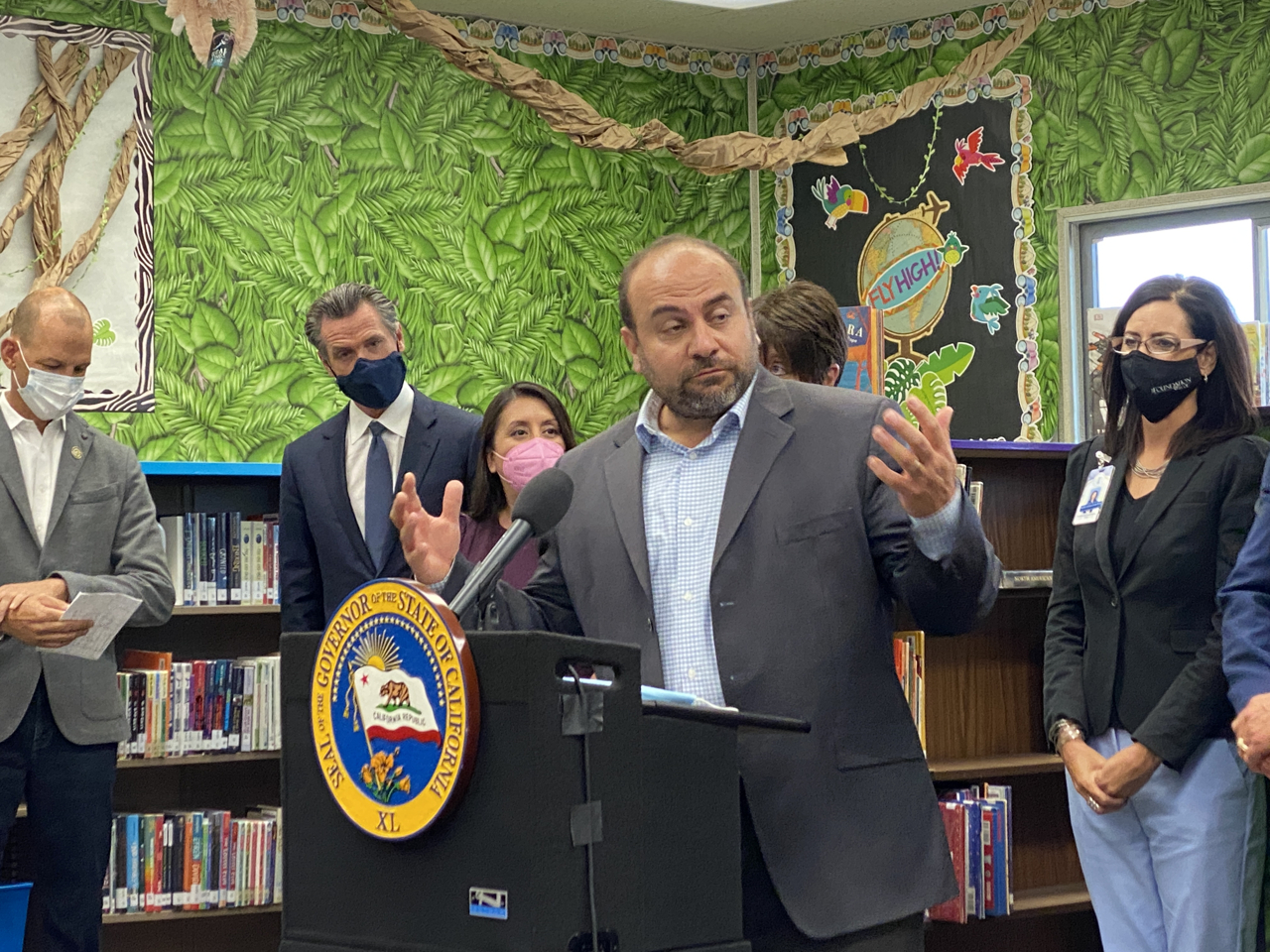 “As a child, I grew up taking care and looking after my younger siblings. And that’s the reality of a lot of children here across the Central Valley,” Hurtado said. 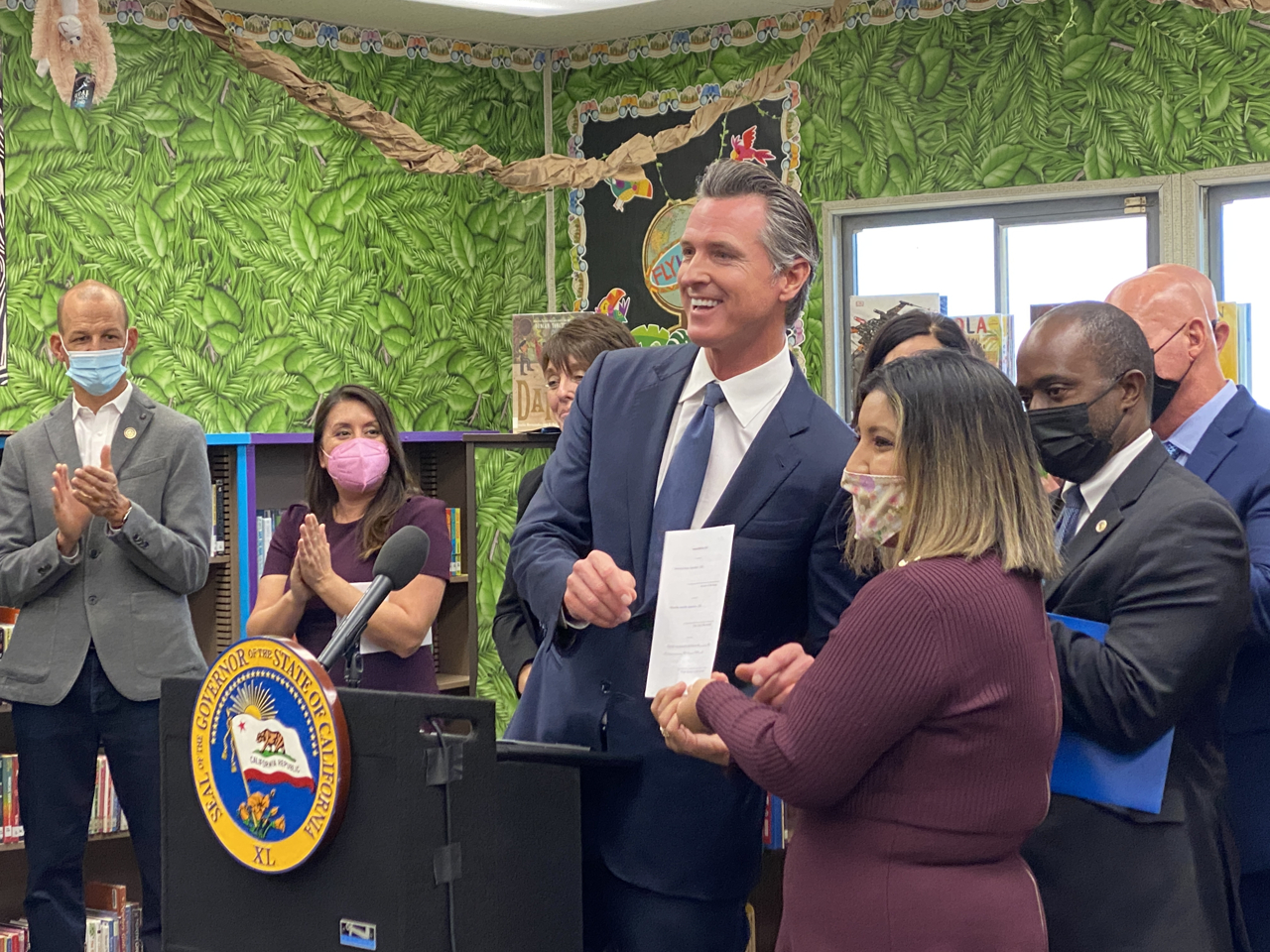