Most People in US Favor Afghan Ally Refugees: AP-NORC Poll 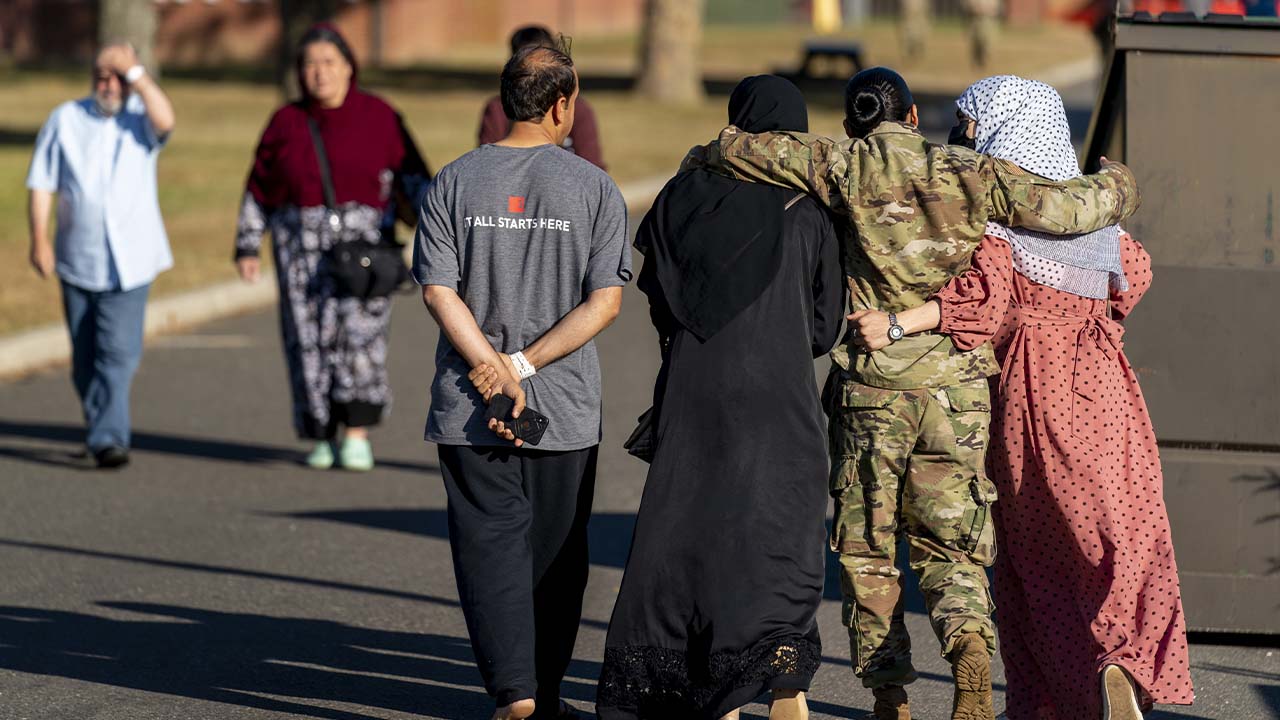 WASHINGTON — Most people in the U.S. want to see Afghans who worked with Americans offered resettlement in the United States, a new poll shows, confirming support across political divides for former military translators and others struggling to escape Taliban rule.

The survey from The Associated Press-NORC Center for Public Affairs Research finds 72% of Americans say they favor the U.S. granting refugee status to people who worked with the U.S. or Afghan governments during the war in Afghanistan, if they pass security checks.

For officials of refugee resettlement groups, veterans and others working to get Afghan allies on planes out of Afghanistan, the poll findings bear out what they are seeing on the ground: Large numbers of Americans regard giving the Afghans a refuge from any Taliban retaliation as a duty and a necessary coda of the nearly 20-year war.

Patrick Raglow, a local Catholic Charities executive director in Oklahoma City preparing for at least 1,800 Afghan refugees in the state, said he is fielding hundreds of community offers of help and support for the Afghan immigrants.

Oklahoma farmers and ranchers have even volunteered to donate a few acres for the Afghan families to homestead, Raglow said.

“I see this very much as a continuation of the mission of those brave 13 Americans who gave their lives, protecting and sheltering and bringing to safety these very people,” Raglow said of the resettlement, invoking the U.S. service members killed when a suicide bomber targeted the U.S.-run evacuation at Kabul’s airport on Aug. 26, an attack that also killed 169 Afghans. “It is a way to continue that mission.”

Matt Zeller, an Afghanistan war veteran and founder of the veterans group No One Left Behind, said he has also seen widespread support for Afghan refugees.

“I don’t think there’s any more unified issue that the American public has had since 9/11,” said Zeller, whose group is part of a civil society effort encompassing veterans, liberal suburbanites and hardcore conservatives, Democratic and Republican lawmakers and others that has mobilized to get more at-risk Afghans out of the Taliban-held country.

Zeller and others are frustrated that U.S. airlifts and subsequent private flights — handicapped by the Taliban and by U.S. bureaucracy — have evacuated only a fraction of the thousands of Afghans potentially eligible for special immigrant visas.

In a time of sharp political divide, about three-quarters of both Republicans and Democrats support granting refugee status to Afghans who worked with the U.S. or Afghan governments. Overall, just 9% of Americans say they are opposed.

“We owe it to them,” said Andrew Davis, a 62-year-old Republican and Army veteran in Galloway, Ohio. “It’d be dangerous for them to stay there, I think, if they helped us.”

More favor than oppose the U.S. taking in other Afghans if they pass security checks, the survey showed. Still, fewer than half, 42%, support that category of refugees, while 26% are opposed. An additional 31% say they’re neither in favor nor opposed.

More Democrats than Republicans support refugee status for others who fear living in the Taliban-ruled country, 57% to 27%. Twenty percent of Democrats are opposed, while 23% are neither in favor nor opposed. Among Republicans, 38% are opposed and 35% hold neither opinion. 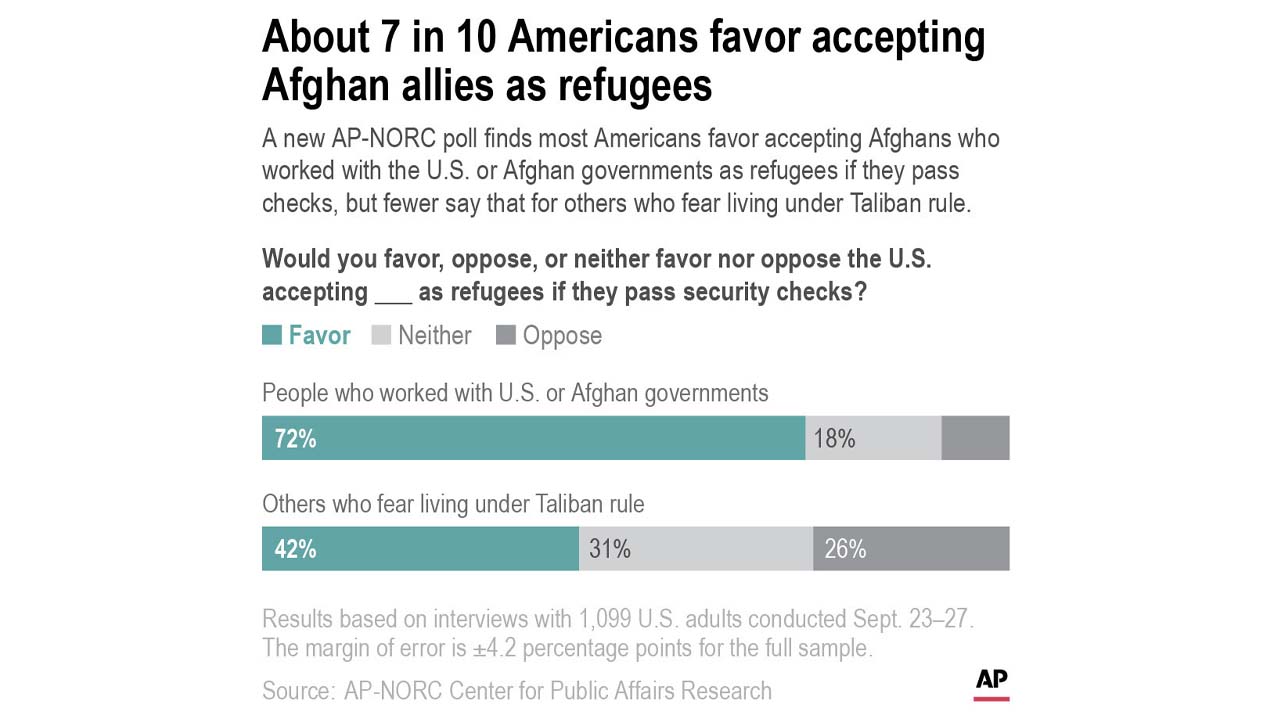 A new AP-NORC poll finds most Americans favor accepting Afghans who worked with the U.S. or Afghan governments as refugees if they pass checks, but fewer say that for others who fear living under Taliban rule. (AP-NORC Poll)

Davis said he supported accepting former Afghan employees of the U.S. or Afghan governments and was open to doing the same for other Afghans who felt in danger from the Taliban. But he stressed the importance of security vetting for all Afghan refugees to screen out any security risks.

“If we can do that … I do think we should take them in,” he said. “I mean, they’re obviously at threat.”

Bill Cronin, a 74-year-old retiree and Republican in the San Francisco Bay area, said he supported helping Afghan interpreters and others who went out of their way to aid American service members and civilians.

While he spoke with dismay of immigration across the U.S.-Mexico border, he made clear he put former Afghan colleagues of Americans in a special category.

“Those people stuck their neck out knowing, or maybe not knowing, that they could be killed by the Taliban,” Cronin said. “So why would you not want to take care of those people?”

Lauren Schulman, a 63-year-old bookstore worker and Democrat in Florida who said she strongly approves of granting the special immigrant visas, said the knowledge that only a small number of desperate Afghan allies has escaped Taliban rule so far makes their plight all the more compelling.

Americans have “been watching them for days and weeks now — trying to get out,” Schulman said.