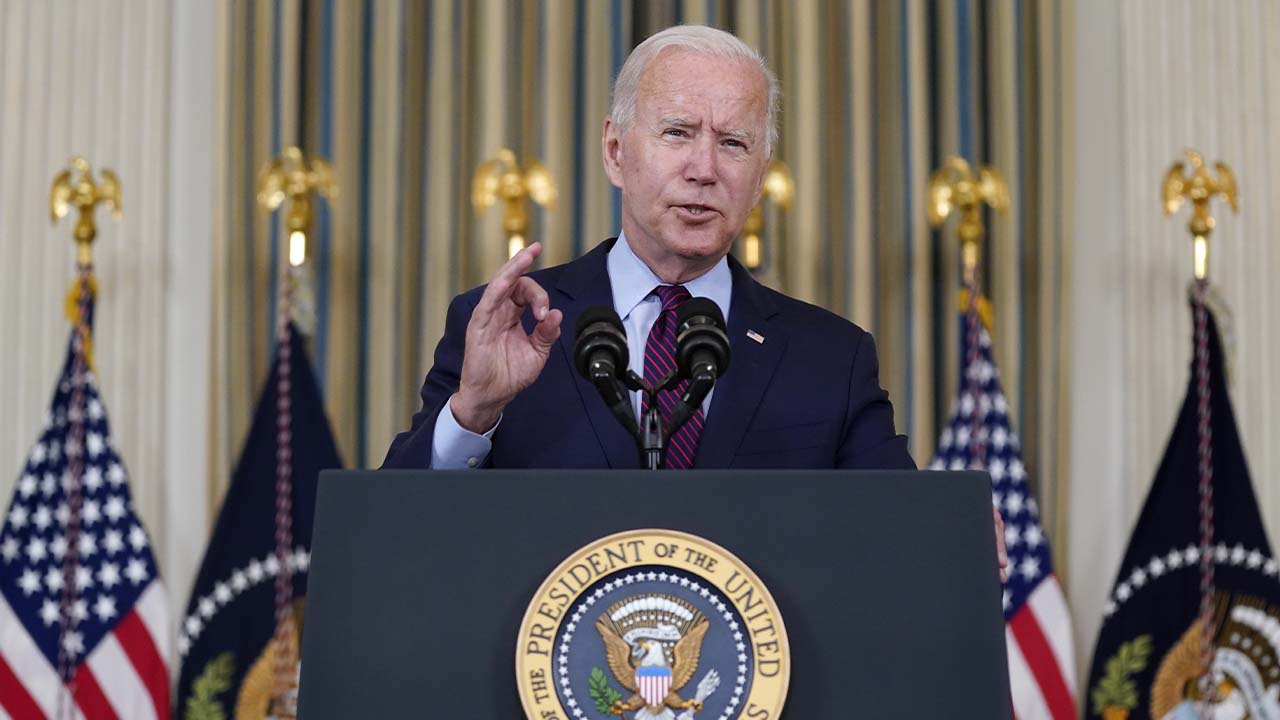 WASHINGTON — President Joe Biden on Monday told Republican senators to “get out of the way” and let Democrats suspend the nation’s debt limit on their own, hoping to keep the U.S. government from coming dangerously close to a credit default as Senate Republican Leader Mitch McConnell refuses to lend his party’s help.

Biden’s criticism comes as Congress faces an Oct 18 deadline to allow for more borrowing to keep the government operating after having accrued a total public debt of $28.4 trillion. The House has passed a measure to suspend the debt limit, but McConnell is forcing Senate Democrats into a cumbersome process that could drag on for weeks and brush up against a deadline with little margin for error.

Both Biden and McConnell have promised the country will avoid default, yet the public fight and political posturing risks an economic meltdown. The global economy relies on the stability of U.S. Treasury notes, and unpaid debt could crush financial markets and hurl America into recession. Biden said the debt limit applies to borrowing that has already occurred, including under former President Donald Trump, and that Republicans are hurting the country by blocking the suspension.

“They need to stop playing Russian roulette with the U.S. economy,” Biden said at the White House. “Republicans just have to let us do our job. Just get out of the way. If you don’t want to help save the country, get out of the way so you don’t destroy it.”

Once a routine vote, the need to raise the nation’s debt limit has become increasingly partisan. It’s become a favorite political weapon of Republicans to either demand concessions or force Democrats into unpopular votes to enable more borrowing. McConnell has tied the vote to Biden’s multitrillion-dollar tax and economic agenda that awaits Congressional approval.

Biden said he planned to talk with McConnell, who dug in with a letter of his own to the president.

“We have no list of demands. For two and a half months, we have simply warned that since your party wishes to govern alone, it must handle the debt limit alone as well,” the Kentucky senator wrote in the Monday letter.

The financial markets have stayed relatively calm with interest rates on 10-year Treasury notes holding just below 1.5%. That rate is slightly higher than the all-time lows set last year as the coronavirus pandemic spread, but it’s still lower than at any other time over nearly 60 years of data tracked by the Federal Reserve.

Treasury Secretary Janet Yellen has said the government will exhaust its cash reserves on Oct. 18, an event she says would likely trigger a financial crisis and economic recession. Senate Majority Leader Chuck Schumer warned on Monday that it would be hazardous for the economy to come anywhere near that deadline.

“The consequences of even approaching the X date could be disastrous for our economy and devastating to American families, raising the costs of borrowing for average Americans and hampering our economic recovery over the long-term,” Schumer said in a letter to Democratic senators.

Democrats and Republicans are in a standoff over how to handle an extension for the debt ceiling. Republicans are insisting that Democrats go it alone with the same legislative tool that is already being used to try and pass Biden’s plan to boost safety net, health and environmental programs. Democrats say that extending the debt limit has traditionally been a bipartisan effort and that the debt cap was built up under presidents from both parties.

Schumer said that if the debt issue is not resolved this week, the Senate will likely be forced to remain in session during the weekend and possibly the following week when senators were scheduled to be back in their home states.

Schumer also discussed the current state of play with the bipartisan $1 trillion infrastructure bill that has already passed the Senate and is stuck in the House, as well as Biden’s larger, $3.5 trillion effort focused on social programs and the environment that would be offset by tax increases on corporations and the wealthy. He noted that the president visited with House Democrats on Friday to generate support for both measures.

“He encouraged them to stick together, compromise, and find the sweet spot that will allow us to complete our work,” Schumer said. “I agree with his sentiment wholeheartedly – we can get this done, together, if we put aside our differences and find the common ground within our party.”

Biden will be traveling to Michigan on Tuesday to promote his legislative plan as negotiations resume in Washington. Democratic Sens. Joe Manchin of West Virginia and Kyrsten Sinema of Arizona have said they won’t back a $3.5 trillion spending bill. And many House Democrats won’t support the smaller bipartisan infrastructure plan until they get an agreement on the larger measure.

Most People in US Favor Afghan Ally Refugees: AP-NORC Poll