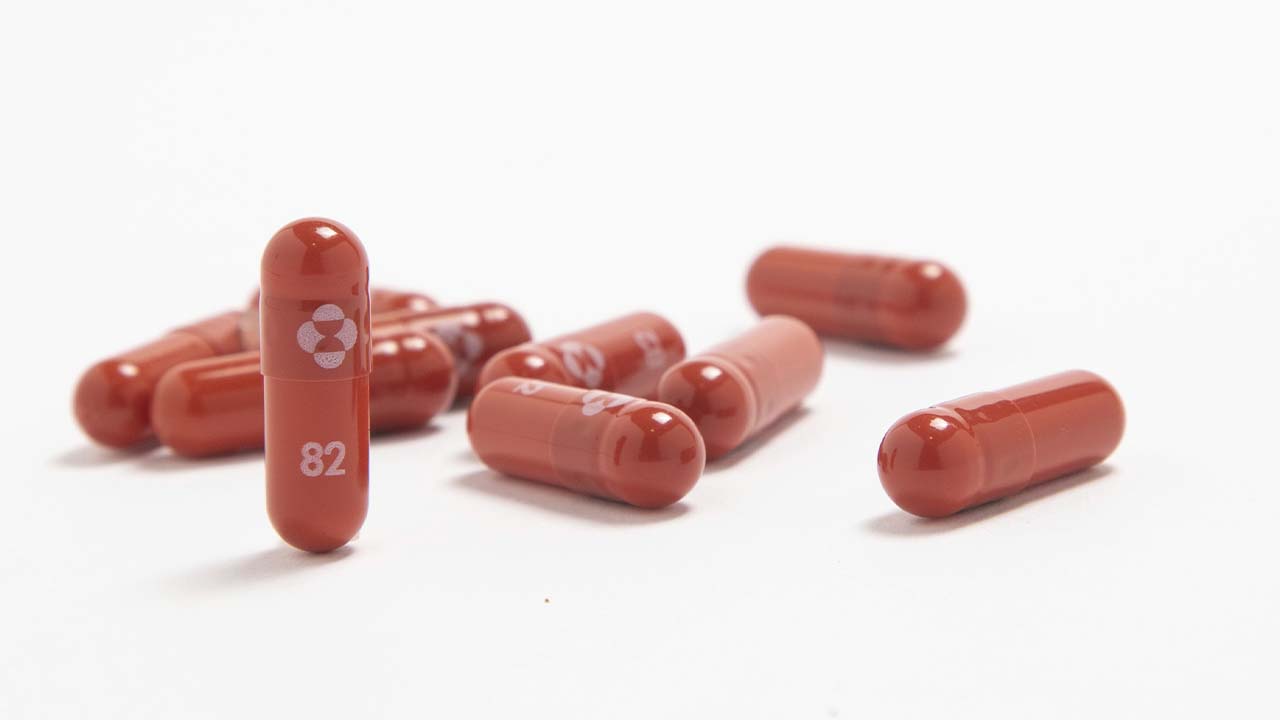 WASHINGTON — Drugmaker Merck said Friday that its experimental COVID-19 pill reduced hospitalizations and deaths by half in people recently infected with the coronavirus, potentially a leap forward in the global fight against the pandemic.

The company said it will soon ask health officials in the U.S. and around the world to authorize the pill’s use. A decision from the U.S. Food and Drug Administration could come within weeks after that, and the drug, if OK’d, could be distributed quickly soon afterward.

If cleared, it would be the first pill shown to treat COVID-19. All other therapies now authorized in the U.S. require an IV or injection. A pill taken at home, by contrast, would ease pressure on hospitals and could also help curb outbreaks in poorer and more remote corners of the world that don’t have access to the more expensive infusion therapies.

“This would allow us to treat many more people, much more quickly and, we trust, much less expensively,” said Dr. William Schaffner, an infectious disease expert at Vanderbilt University, who was not involved in the research.

Early Results Show Pill Cuts Symptoms and Deaths by Half

Merck and its partner Ridgeback Biotherapeutics said early results showed patients who received the drug, called molnupiravir, within five days of COVID-19 symptoms had about half the rate of hospitalization and death as patients who received a dummy pill. The study tracked 775 adults with mild-to-moderate COVID-19 who were considered higher risk for severe disease due to health problems such as obesity, diabetes or heart disease. The results have not been peer reviewed by outside experts, the usual procedure for vetting new medical research.

Among patients taking molnupiravir, 7.3% were either hospitalized or died at the end of 30 days, compared with 14.1% of those getting the dummy pill. There were no deaths in the drug group after that time period compared with eight deaths in the placebo group, according to Merck.

An independent group of medical experts monitoring the trial recommended stopping it early because the interim results were so strong. That is typical when early results show so clearly that a treatment works that there is no need for further testing before applying for authorization. Company executives said they plan to submit the data for review by the FDA in coming days.

Even with the news of a potentially effective new treatment for COVID-19, experts stressed the importance of vaccines for controlling the pandemic, given that they help prevent transmission and also reduce the severity of illness in those who do get infected.

“We love having more treatments available, but prevention is the first goal,” Schaffner said. “Vaccination continues to be the foundation of how we can get ahead of COVID.”

Still, effective therapies will be critical given that billions of people around the world remain unvaccinated.

“It exceeded what I thought the drug might be able to do in this clinical trial,” said Dr. Dean Li, vice president of Merck Research Laboratories. “When you see a 50% reduction in hospitalization or death that’s a substantial clinical impact.”

Merck only studied its drug in people who were not vaccinated. But FDA regulators may consider authorizing it for broader use in vaccinated patients who get COVID-19 symptoms.

Pill Interferes With Virus’ Ability to Reproduce Itself

Patients take eight pills per day for five days. Side effects were reported by both groups in the Merck trial, but they were slightly more common among the group that received a dummy pill. The company did not specify the problems.

Earlier study results showed the drug did not benefit patients who were already hospitalized with severe disease.

The U.S. has approved one antiviral drug, remdesivir, specifically for COVID-19, and allowed emergency use of three antibody therapies that help the immune system fight the virus. But all the drugs have to given by IV or injection at hospitals or medical clinics, and supplies have been stretched by the latest surge of the delta variant.

Health experts including the top U.S. infectious disease expert Dr. Anthony Fauci have long called for a convenient pill that patients could take when COVID-19 symptoms first appear, much the way the standard flu medication Tamiflu helps fight influenza. Such medications are seen as key to controlling future waves of infection and reducing the impact of the pandemic.

Merck’s pill works by interfering with the coronavirus’s ability to copy its genetic code and reproduce itself. It has shown similar activity against other viruses.

The U.S. government has committed to purchase 1.7 million doses of the drug if it is authorized by the FDA. Merck has said it can produce 10 million doses by the end of the year and has contracts with governments worldwide. The company has not announced prices.

Several other companies, including Pfizer and Roche, are studying similar drugs that could report results in the coming weeks and months.

Merck had planned to enroll more than 1,500 patients in its late-stage trial before the independent board stopped it early. The results reported Friday included patients enrolled across Latin America, Europe and Africa. Executives estimated about 10% of patients studied were from the U.S.

It’s Flu Vaccine Time, Even if You’ve Had Your COVID Shots