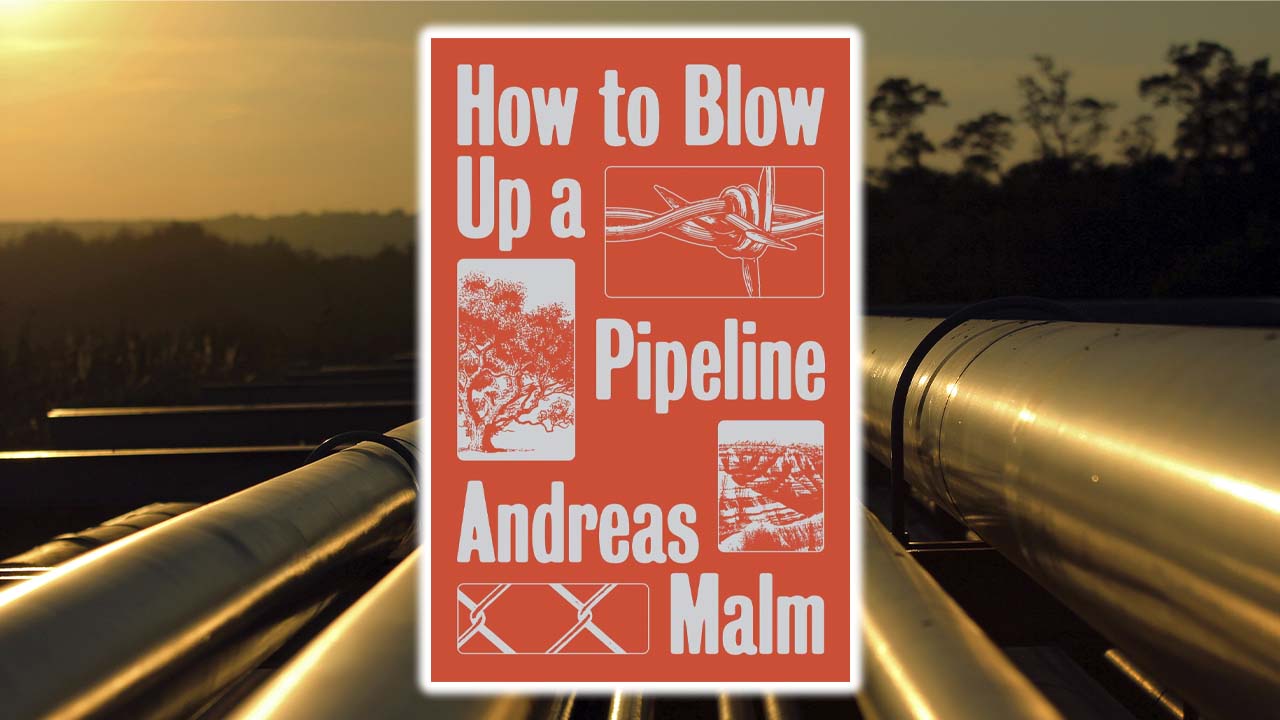 Andreas Malm's book 'How to Blow Up a Pipeline." (GV Wire Composite/Justine Cha)
Share with friends

Andreas Malm, author of the book “How To Blow Up a Pipeline,” is urging his fellow environmentalists to abandon their non-violent protests and embrace what he calls “intelligent sabotage” — destroying construction equipment, vandalizing worksites and, yes — blowing up pipelines.

“Damage and destroy new CO2-emitting devices. Put them out of commission, pick them apart, demolish them, burn them, blow them up. Let the capitalists who keep on investing in the fire know that their properties will be trashed,” Malm wrote. 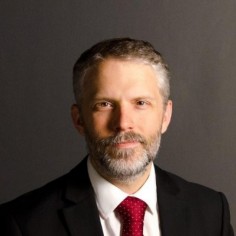 But instead of denunciations, Malm has become a media darling. His book advocating violence received sympathetic coverage from The New York Times and the L.A. Times Review of Books. And now one of the most prestigious names in media, The New Yorker, has featured him on its latest podcast.

Malm told New Yorker writer/editor David Remnick environmental activists should reconsider their roots in non-violence. He believes it is time to get destructive as a way of combating man-made climate change and forcing people to depend less on fossil fuels.

“I am not saying we should stop [climate] strikes or square occupations or things like that,” Malm told The New Yorker Radio Hour.  “I am recommending that the movement continues with mass action and civil disobedience, but also opens up for property destruction,” Malm said.

Regarding a pipeline project in Africa, Malm said, “If people were to attack the construction equipment, blow up the pipeline before it’s completed, I will be all in favor of that. I don’t see how property damage could be considered morally illegitimate given what we know of the consequence of such projects.”

Workers Respect Right to Protest But Warn Against Violence

The problem, natural gas industry workers say, is that calls for violence aren’t just rhetoric. They have led to real-life consequences.

In April 2018, for example, vandals attacked construction equipment along the path of the Mariner East 2 pipeline in Chester County. Sunoco Pipeline said there was “significant damage” and offered a $10,000 reward for information leading to the arrest of those responsible.

“Efforts to disrupt or damage critical energy infrastructure threatens the safety of our communities and the environment, and should be prosecuted to the fullest extent of the law.”

“We understand there are varying options about critical infrastructure projects like the Mariner East 2 pipeline, and we respect the rights of all to peacefully protest,” the company said in a statement. “However, the destruction is not peaceful.”

“Calls for vandalism against American energy infrastructure are dangerous, and credible news outlets should never amplify such rhetoric,” says the Interstate Natural Gas Association of America (INGAA) in a statement.

“Last December, activists intentionally put the lives of thousands at risk by attacking gas lines in Aspen, Colorado,” the INGAA said. “Residents were left with no hot water or heat as temperatures dropped, making the risk of freezing to death real.”

Earlier this year, two self-described environmental activists pleaded guilty to using arson and acetylene torches to burn equipment and do millions of dollars of damage to the Dakota Access Pipeline Project.

“Pipelines are the safest, most efficient, and environmentally responsible way to transport the energy resources American households and businesses depend on every day,” says Robin Rorick, vice president of midstream at American Petroleum Institute (API). “Efforts to disrupt or damage critical energy infrastructure threatens the safety of our communities and the environment, and should be prosecuted to the fullest extent of the law.” 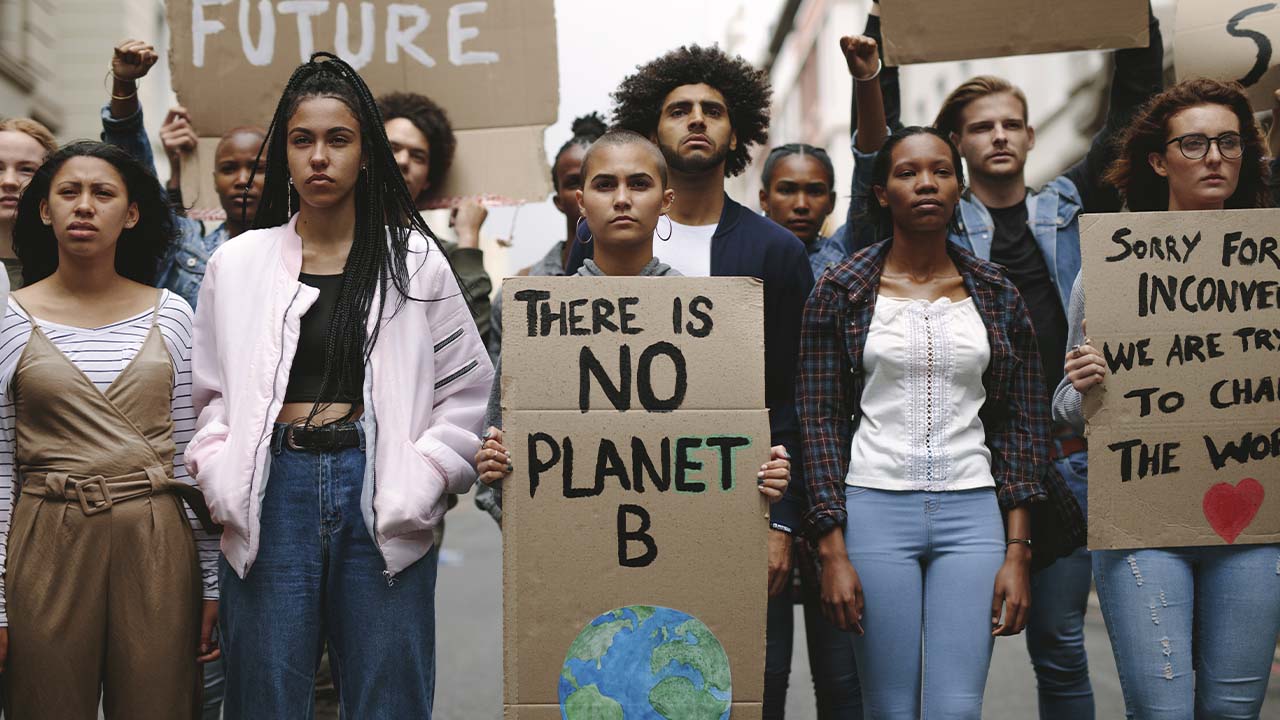 A group of activists with banners protesting to save Earth due to concerns of global warming and pollution. (Shutterstock)

Malm, who lectures at Lund University in Sweden, told The New Yorker that while he supports sabotage, he draws the line at hurting people. “That’s a very important distinction there,” said Malm. “I think property can be destroyed in all kinds of ways, or it can be neutralized in a very gentle fashion.’”

Gordon Tomb, senior advisor for the CO2 Coalition, says Malm’s position draws a distinction without a difference, noting that attacking the livelihood of workers has a real impact on their lives.

“Damage and destroy new CO2-emitting devices. Put them out of commission, pick them apart, demolish them, burn them, blow them up.”

– Excerpt from Andreas Malm’s book, “How To Blow Up a Pipeline”

“As for the New Yorker’s coverage, there are far more interesting and worthy subjects to cover than the rantings of the ill-informed,” says Tomb.

Malm’s appearance on The New Yorker Radio Hour comes ahead of a United Nations climate meeting in Glasgow on October 31. While the Biden administration will be there, Malm does not think people should put too much faith in talks or treaties to reduce dependency on fossil fuels. Instead, they must act.

“Damage and destroy new CO2-emitting devices. Put them out of commission, pick them apart, demolish them, burn them, blow them up. Let the capitalists who keep on investing in the fire know that their properties will be trashed,” Malm wrote in his book.

According to the INGAA, approximately one-third of the energy consumed in the United States travels through natural gas infrastructure. “Destroy it and 69 million homes, 5.5 million businesses, and 185,000 factories are caught in the wake. The New Yorker’s decision to amplify calls for acts of violence and sabotage in its recent podcast is reckless and unacceptable.”

Chris Woodward writes about industry and technology for InsideSources.com.

When Playing Football in Hawaii, Beware of Bus Drivers and Pile Drivers