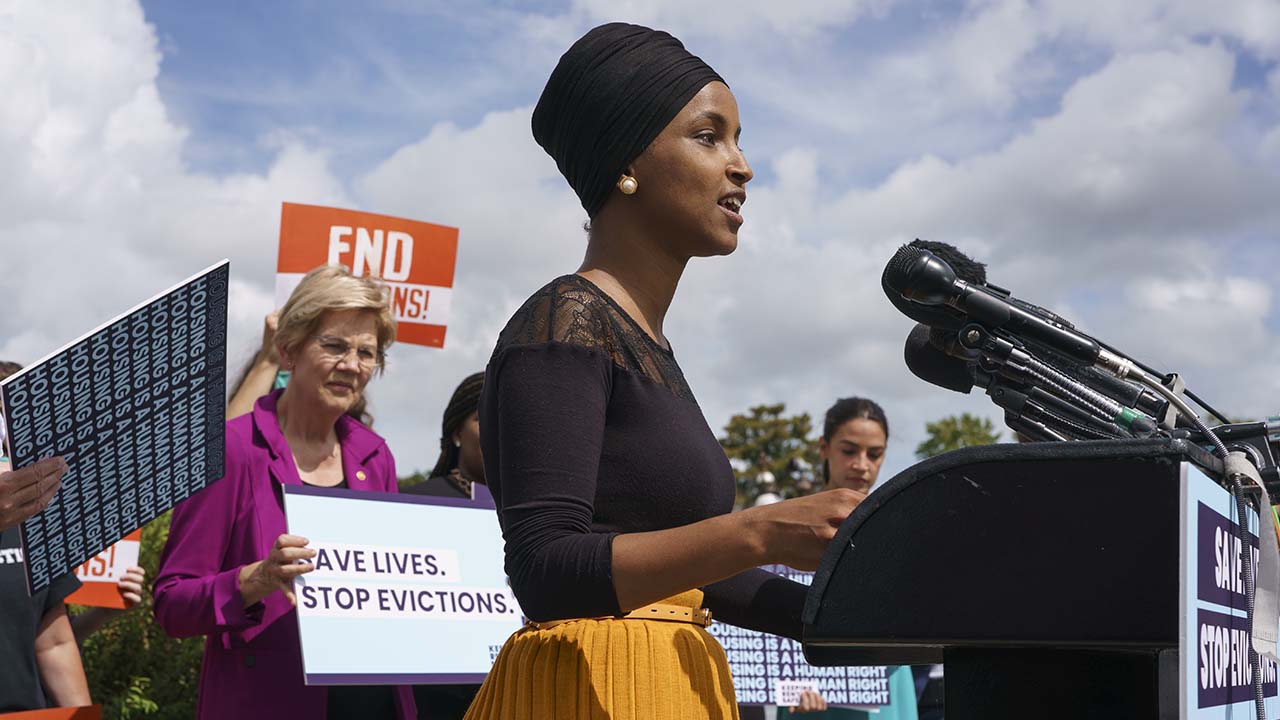 WASHINGTON — In their fight over trillions of dollars, their paramount policy goals and perhaps their political fate, this isn’t helping: Democratic progressives and centrists say they don’t trust each other. They’re tossing around words like “stupid” and “insanity” and they’re drawing lines in the sand.

Congressional majorities of both parties have rich histories of infighting when it comes to enacting their priorities, even when they control the White House and both chambers of Congress. Democrats had to overcome stark internal divisions in 2010 to enact President Barack Obama’s health care law. The GOP fell short in 2017 when it failed to repeal that statute, President Donald Trump’s top goal.

This time, Democrats’ internal battling over a 10-year, $3.5 trillion package of social and environmental initiatives comes with virtually no margin for error and lots at stake.

They’ll need every Democratic vote in the 50-50 Senate and all but three in the House to succeed. Facing that arithmetic, public declarations of distrust for each other do little to promote the healing they’ll need to avoid sending the legislative essence of Joe Biden’s presidency down in flames, with potential long-term consequences.

“It’s not healthy for the Democrats to be issuing ultimatums about tactics” against each other, said Rep. Peter Welch, D-Vt. “It’s politically, existentially important to us to be successful. We fail, we’re doomed.”

Those ultimatums were coming to a head Thursday, the day House Speaker Nancy Pelosi, D-Calif., has said her chamber would vote on another measure pivotal to Biden’s domestic vision — a $1 trillion package of highway, high-speed internet and other infrastructure improvements. She’s suggested, though, that the showdown vote might be delayed.

While Democrats overwhelmingly want both bills to pass and much of what is said should be considered posturing, the push is at a delicate moment.

In return for moderates’ support for an earlier budget measure, Pelosi began debate this week on the infrastructure bill, which tops their wish list.

But progressives dominating the House are promising to derail it by voting no because they lack confidence that the centrists will back the separate $3.5 trillion legislation, which progressives treasure.

Centrists consider the larger bill too expensive and oppose some of its spending increases and tax boosts on the wealthy and corporations to help pay for it. Reflecting the need for a deal between the two factions, that bill’s ultimate size is certain to shrink.

Progressives want Democratic leaders to stand by earlier statements that both bills would move through Congress together. That was to be a kind of mutually assured destruction moment, letting each of the party’s wings hold the other’s priority hostage until both could pass.

House and Senate Dems Pitted Against Each Other

Right now, there’s no compromise version of the larger bill in sight, so that won’t work. With two centrist Democratic senators — West Virginia’s Joe Manchin and Arizona’s Kyrsten Sinema — the major obstacles to such a deal, the sniping is pitting House and Senate Democrats against each other as well.

“We are not blindly trusting that these bills are going to get done in the Senate, without actually having that be guaranteed,” said Rep. Ilhan Omar, D-Minn., a leader of House progressives. The guarantee she and other progressives want is a Senate-passed, compromise $3.5 trillion measure that progressives support and can pass the House.

“My father told me when I was growing up, there’s a fine line between being a good guy” and a “fool,” said Rep. Jim McGovern, D-Mass. “I don’t want to be rolled.” He said House progressives want “an assurance” that the Senate will send a compromise bill to the House.

Yet instead of waiting for that accord to be struck, House leaders were honoring “some stupid, arbitrary deadline” that moderates demanded to debate and vote on the infrastructure bill this week, complained Rep. Pramila Jayapal, D-Wash., who heads the nearly 100-member Congressional Progressive Caucus.

As for moderates, Rep. Stephanie Murphy, D-Fla., told reporters Wednesday that she wanted Biden, party leaders and outside allies like labor unions to lobby House Democrats to back the infrastructure measure.

“If the vote were to fail tomorrow or be delayed, there would be a significant breach in trust that would slow the momentum in moving forward in delivering the Biden agenda,” said Murphy, leader of the centrist House Blue Dog Coalition.

Later Wednesday, Manchin, perhaps the centrist whom party progressives most resent, piqued them further with his latest salvo against the $3.5 trillion package. Spending that much at a time of inflation and a ballooning national debt is “the definition of fiscal insanity,” Manchin said.

Distrust Between the Chambers Run Deep

None of this is a surprise to John Lawrence. He was Pelosi’s chief of staff when Obama’s health care overhaul moved through Congress.

That measure was enacted over solid Republican opposition, when Democrats had much larger majorities than today. But first, Democrats in the House and Senate spent months fighting over issues like whether to include government-run “public option” health coverage, which ended up being dropped.

Distrust between the two chambers ran “very, very deep,” Lawrence recalled in an interview. To address that, then-Senate Majority Leader Harry Reid, D-Nev., privately presented a letter to nervous House Democrats that he said committed Democratic senators to supporting provisions in a House-passed bill that embodied parts of the overhaul.

“It either shows Democrats can be trusted to govern” or not, he said of how the party will handle the current fight.

“It’s like the gunfight at the OK Corral,” Lawrence said. “Everybody has their guns pointed at each other. You either pull the trigger or go back into the saloon and try to work this thing out.”

It’s Flu Vaccine Time, Even if You’ve Had Your COVID Shots