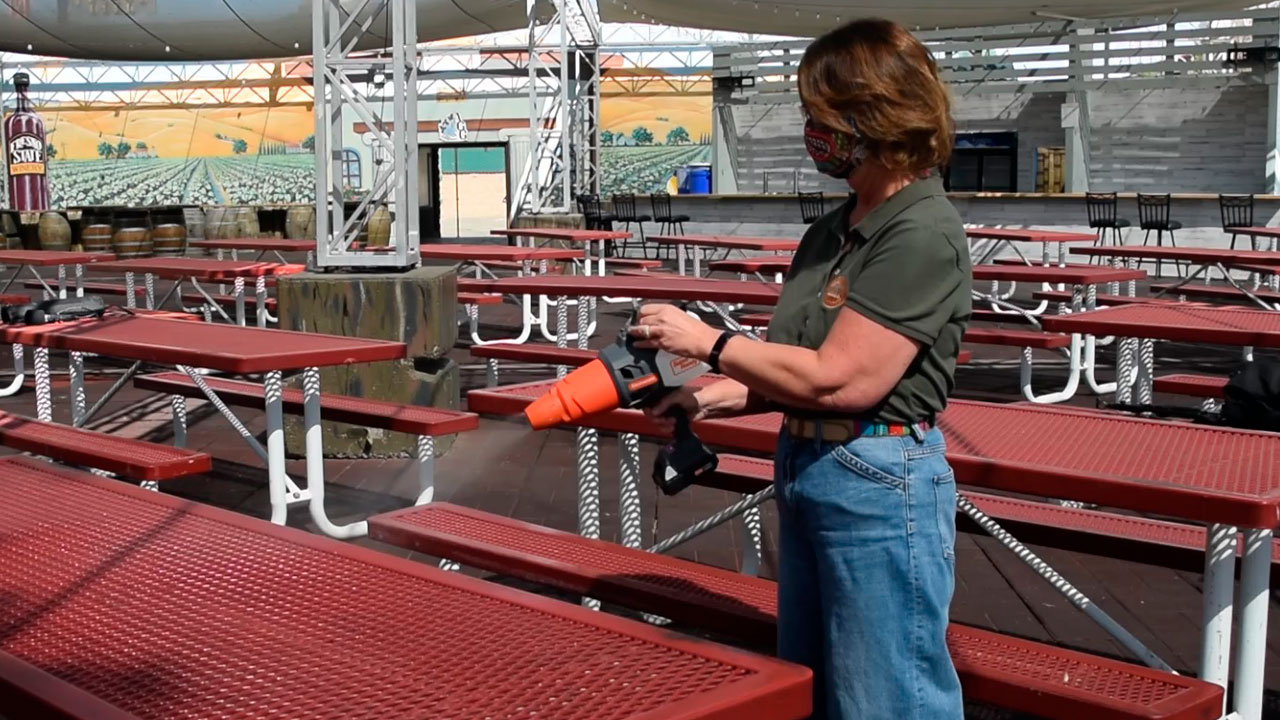 Deputy Manager Stacy Rianda demonstrates one of the disinfecting foggers that will be used to clean surfaces during the Big Fresno Fair. (GV Wire/Nancy Price)
Share with friends

Masks will be required for visitors and staff in indoor spaces at the Big Fresno Fair and recommended for visitors in outdoor spaces such as the Paul Paul Theater and Save Mart Beer & Wine Garden, fair officials announced Wednesday.

But visitors who refuse to wear a mask, a flashpoint of controversy for many, won’t be ejected by police, deputy fair manager Lauri King told reporters during a news conference at the fairgrounds in southeast Fresno. Instead, visitors will be encouraged to abide by mask rules, she said.

The fair will be implementing a number of health and safety precautions to make the 2021 Big Fresno Fair as safe as possible. King said the fair has developed a “robust plan that not only meets but exceeds COVID-19 guidelines from the state. Here at the Big Fresno Fair we always like to do things a little bit bigger and a little bit better.”

The Big Fresno Fair, the state’s fifth-largest and one of its longest-running, will begin Wednesday, Oct. 6 and end Sunday, Oct. 17.

Fair staff are excited at the prospect of being able to open the fairgrounds gates again and see fairgoers face to face, King said. Because of the coronavirus, last year’s fair was downsized to a drive-through event.

To safely reopen the Big Fresno Fair, officials worked with county public health and other officials on the detailed plan, she said.

The safety precautions including the use of a fogger disinfectant on frequently used surfaces such as eating and seating areas, the racetrack grandstand, and Paul Paul Theatre, more hand washing and hand sanitizing stations throughout the grounds, and signage and placards to advise visitors where masks are required instead of just recommended.

Fair staff and vendors will be required to be tested for the coronavirus prior to the start of the fair and again in the second week, will need to complete daily health screenings, and will be required to wear masks both indoors and outdoors regardless of vaccination status.

County public health officials aren’t expecting the fair to turn into a super-spreader event, said Dr. Rais Vohra, the county’s interim health officer. Coronavirus cases in the county appear to have have peaked, and that’s good news for the timing of the fair, he told GV Wire.

“This last surge appears to be leveling off. When the fair is scheduled — not that anyone could have planned this — it will happen during a plateau or even decline in the number of cases we’re seeing in the county,” he said.

“Obviously, nobody has a crystal ball, these are just projections. But what we’re hoping is that as the numbers come down, it will be even safer than it would have been otherwise. That gives us a little bit more confidence about going forward with this event with the plans that are in place.”

Fair visitors can remain safe by remembering just three things, Vohra said: Stay away from the fair if you feel unwell, wear a mask if you are older than age 2, and if you aren’t already vaccinated, take advantage of the vaccination clinics that will be held on-site during the fair.

No Drop in Attendance Expected

King said that based on the popularity of the recent Madera County Fair, Fresno fair officials don’t expect a big drop in the typical annual attendance of 600,000 people.

But King, who has three children, said she could understand why some parents might be hesitant to bring their kids to the fair if they are too young to be vaccinated.

“I would encourage parents that whatever decision you make is the right decision for your family, whether you want to come out to the fair or not,” she said. For those parents who decide to skip the fair this year, Big Fresno Fair will have online activities so kids can still participate in the fun, King said.

Vohra said he would feel safe bringing his own kids to the fair, even though they are too young to be vaccinated, since they don’t mind wearing masks and many of the events are open air.

“As long as it’s outdoors and there’s plenty of social distancing, where they can space out and run around, I think those are generally very safe activities and very good for kids to be participating in,” he said.

He said he’s never been able to bring his family to to the fair before, but “this could be the year.” 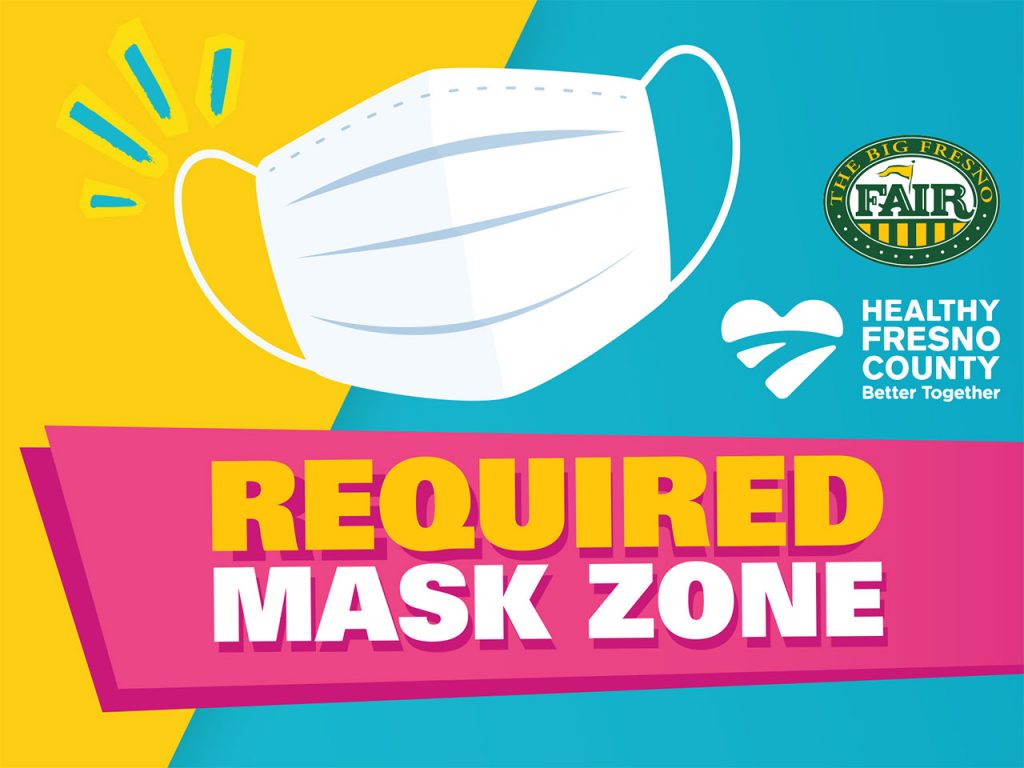 When Playing Football in Hawaii, Beware of Bus Drivers and Pile Drivers

No Smoking, Toking, or Vaping in Fresno Apartments?