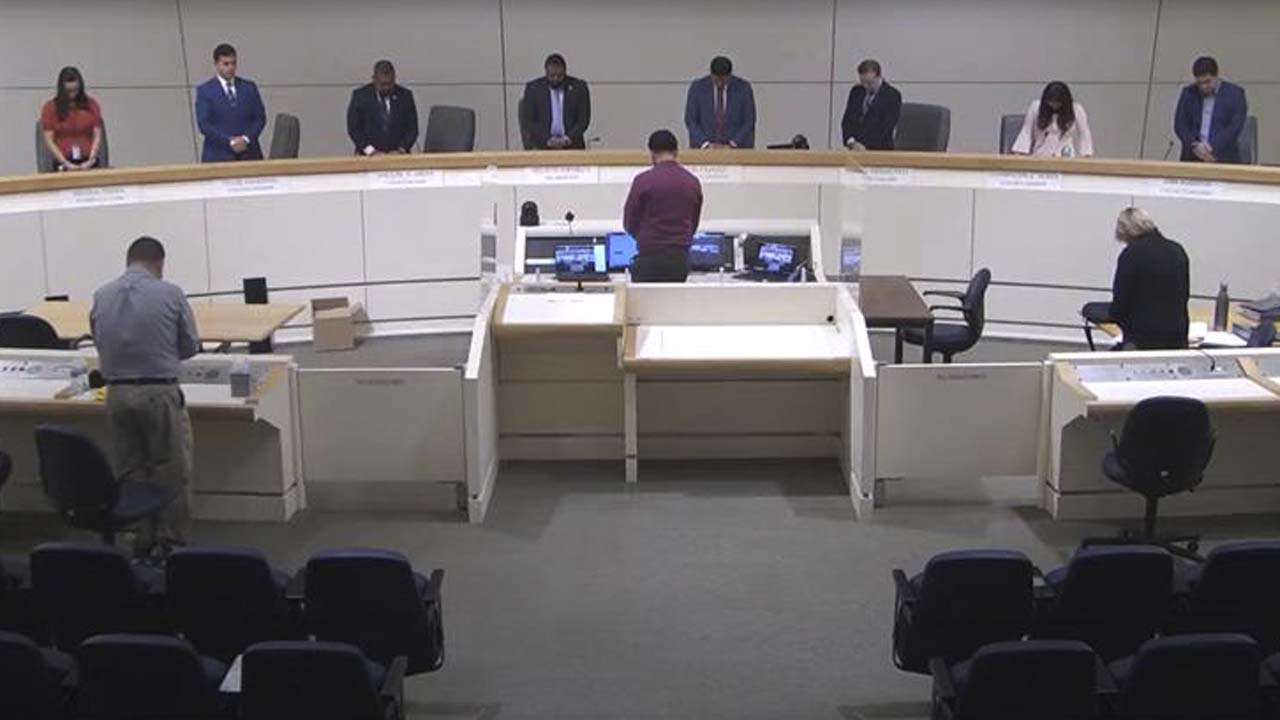 The Fresno City Council meets on Aug. 19, the date on which the public was banned from attending again (Meeting Screenshot)
Share with friends

Since the start of the pandemic, Fresno City Council chambers have been open, closed, open, and closed once again to the public.

The most recent shutdown came on Aug. 19, with the public again banned from chambers, even though the entire council and staff meet to conduct the people’s business. The city said it closed meetings to the public in the name of COVID safety, particularly with the rise of the Delta variant. 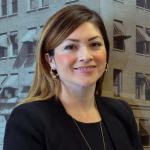 “If Fresno City Council members can meet in person, then the public should also be able to participate and provide public comment in person.” — Angélica Salceda, ACLU

The policy not only violates the city’s own emergency order, but the ACLU says it could violate the Brown Act — the state’s open meeting law.

“If Fresno City Council members can meet in person, then the public should also be able to participate and provide public comment in person so long as the appropriate mitigation measures are in place,” said Angélica Salceda, a Fresno attorney and director of the Democracy and Civic Engagement Program at the ACLU of Northern California.

City officials have repeatedly said that closing meetings to the public while the council meets in person complies with state open meeting laws. But, the ACLU has its doubts.

“(The Fresno City Council) are meeting in person and deciding to exclude the public from participating in public meetings. And, that does run contrary to the Brown Act requirement,” Salceda said.

“It’s certainly something that we’re looking at now and we haven’t shied away from doing advocacy in other jurisdictions in the past, especially during COVID,” Salceda said.

Pandemic emergency orders issued by Gov. Gavin Newsom allowed governments to meet remotely in situations where the law requires a quorum to be physically present at the same location.

While Newsom’s orders expire on Thursday, they will be continued by recently signed legislation, AB 361, that takes effect on Friday.

“Per our city attorney, we are compliant with state law and public accessibility requirements,” Chavez said via text messge. “I support the decision and will air on the side of caution, during this surge. After COVID numbers come down, I will re-open the council chambers and use health guidelines like I did before.”

The decision to close, other councilmembers told GV Wire, was set by Chavez and City Manager Thomas Esqueda.

Chavez deferred to the city attorney on the specifics of the city’s interpretation of the open meeting law.

The city has not responded to GV Wire’s questions about what part of the law the city attorney is using to justify banning the public.

“Declarations of emergency are meant to protect the public. It shouldn’t be used as an excuse to exclude the public from attending public meetings in person if safeguards and measures can be implemented to protect attendees,” Salceda said.

The city council agendas say, “While Emergency Order No. 2020-12 is in effect, City of Fresno public meetings will be conducted electronically and telephonically only. No one will be physically present in the Chambers, and the Chambers will not be open to the public. City Hall remains closed to the public.”

But order 2020-12 has not been in effect since June 25, 2020, superseded by order 2020-19. The more recent order specifically allows for public participation, even if City Hall is closed.

“City Hall shall remain closed to the public except for public participation during meetings that take place in Council Chambers. All City officials and employees may participate
electronically. No other in-person public services shall take place in City Hall at this time,” states the order signed by then-city manager Wilma Quan.

The order does specify limits on how many people can attend in person at a given time.

Since this story was first published, the city clerk provided a copy of Emergency Order 2021-01 that took effect on Sept. 13, 2021.

That order does ban public access to city meetings, even though City Hall itself is open for certain business.

“Public Meetings of the City Council, Planning Commission, Historic Preservation, shall all be virtual by telephonic device, Zoom or any other platform. These meetings will be closed to the public until further notice for the safety and protection of the public and employees. Officials and employees may attend in person, in the discretion of the Council and City Manager,” the latest order said.

Councilman Tyler Maxwell said he had no role in closing the meetings.

“This was a decision that was made by the administration and with maybe input from the council president. But it was not a conversation, as you’ve probably seen, that’s happened on the dais,” Maxwell said.

Maxwell wants it as easy as possible for the public to attend. He declined to say if he would challenge the rules.

Is PLA Vote in Jeopardy?

Despite the ban on the public, during the Sept. 2 council debate regarding project labor agreements, union leader Chuck Riojas attended and offered in-person testimony.

Others in the debate participated remotely.

The council even joked about Riojas’ attendance.

“Frankly, I don’t think this would have been helpful if Chuck wasn’t here and frankly I wish we would open up chambers,” Councilman Garry Bredefeld said, amid laughter from others on the dais.

The city council voted 6-1 in favor of a change in city labor rules. Mayor Jerry Dyer vetoed the bill, but it was overturned by the same 6-1 vote on Sept. 16.

Salceda said there could be constitutional ramifications.

“Generally, if there are any decisions being made in regard to public comment when they involve the content of speech, there could be First Amendment implications,” Salceda said. 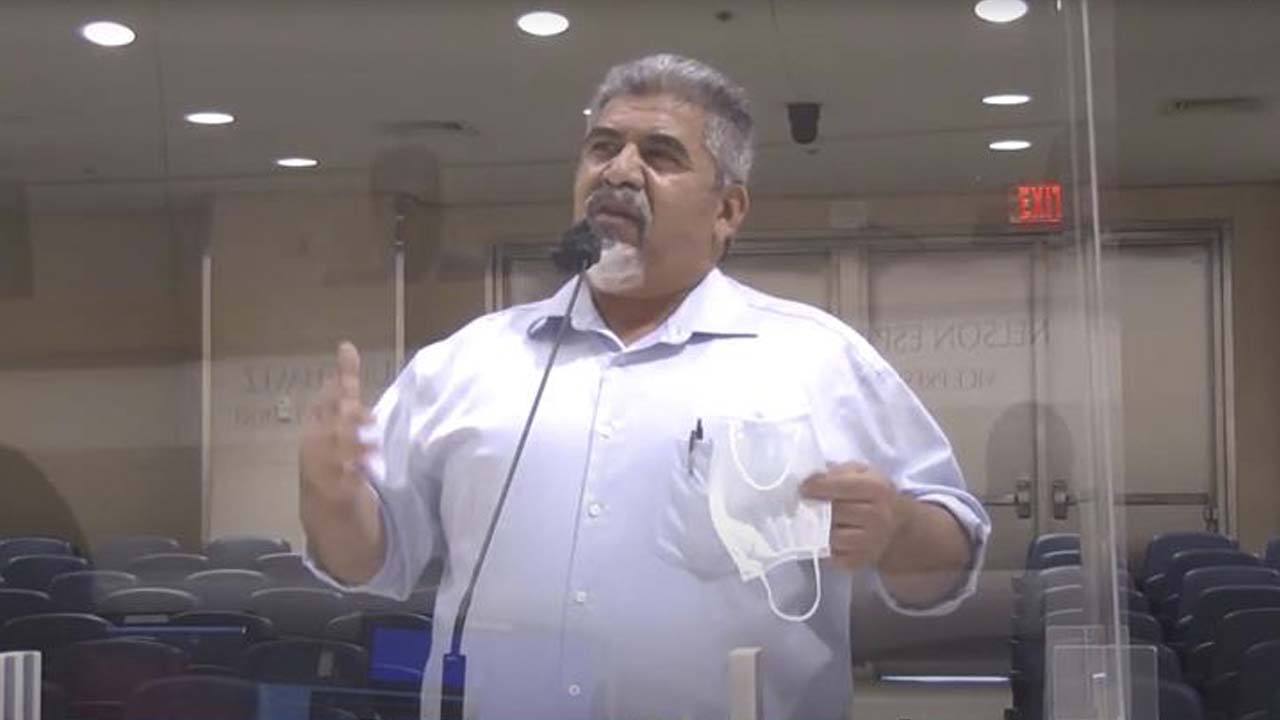 The Fresno City Council policy has been different than other local government bodies.

The Fresno County Board of Supervisors and Clovis Unified have been meeting in person for the entire pandemic.

Clovis City Council meetings were closed to the public through April 2020, before that city opened chambers while offering live-streaming.

And, a Michael Bublé concert Tuesday night at the Save Mart Center drew thousands to the indoor venue.

While members of a local body, such as the Fresno City Council, have always been allowed to participate remotely, there were rules in place.

For example, if a member called into a meeting by phone, that fact would have to be stated on the agenda, including the location of where the call was taking place. The public would be allowed to attend in person wherever the elected member called in from.

For several years, former City Councilman Paul Caprioglio vacationed in the summer at his cabin in Montana. He would call into the meetings from a gas station, a fact noted on the agenda. The agenda would also have to be posted at the gas station.

Newsom’s emergency orders waived those notification and posting requirements. It also created a pathway for the public to remotely participate.

The Fresno City Council has used Zoom technology for its members and the public to participate remotely. The council recently voted to make public remote participation a permanent feature at meetings.

The state Legislature passed a law, AB 339, that requires jurisdictions greater than 250,000 to allow remote public participation — even if the government body meets in person. It awaits the governor’s signature.

Salceda said the Brown Act changes through executive orders and AB 361 were not meant to close in-person meetings to the public.

“The executive order was meant to allow councils and boards to meet virtually. In this case for the Fresno City Council, they are not meeting virtually. They are meeting in person,” Salceda said. ”