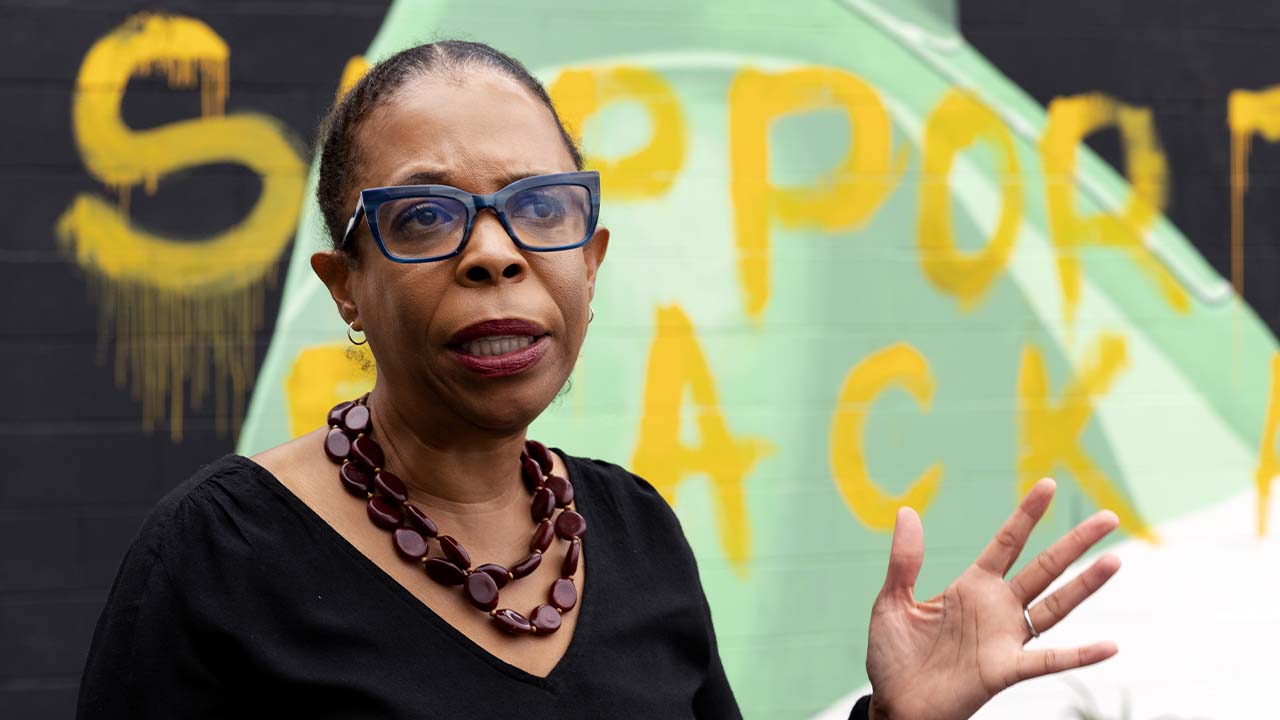 Mashariki Kudumu is the maternal and infant health director for the March of Dimes in Los Angeles, CA. (AP Photo/Richard Vogel)
Share with friends

California has among the lowest death rates nationally among pregnant women and new mothers, but the numbers for Black mothers tell a different story.

They were six times more likely to die within a year of pregnancy than white women from 2014 to 2016 and had a higher rate of death than Black women nationally from 2014 to 2017, the most recent time frame for which data is available.

A bill before Democratic Gov. Gavin Newsom aims to change that. Nicknamed the “Momnibus” bill, it would collect more details about pregnancy-related deaths, diversify the experts looking at that data and require them to recommend ways to reduce racial gaps. It also would expand access to doulas and midwives, whose presence can drive better care.

“If you really want to address the issue, it is going to take a serious investment and resources, whether that means providing every Black mother a doula or really investigating what’s happening when Black mothers die,” said Jen Flory, policy advocate for the Western Center on Law and Poverty, which supports the bill.

Newsom backed past efforts to improve care for Black pregnant women by requiring implicit bias training for health care workers involved in perinatal care, and he’s made support for women and mothers a priority for his administration. But his Department of Finance opposes the bill because the $6.7 million price tag for expanded data collection wasn’t included in the state budget.

Among wealthy nations, the United States ranks poorly in maternal death rates, and California’s effort is part of a national push to improve outcomes. During his campaign, President Joe Biden lauded California’s efforts to reduce deaths, and in April he proclaimed Black Maternal Health Week.

There are two ways to track deaths: The maternal mortality rate, used globally, counts deaths during pregnancy and within 42 days of giving birth. The pregnancy-related mortality rate, used in California and some other states, tracks deaths within a year of giving birth. The Centers for Disease Control and Prevention looks at both, though data lags and isn’t available to compare across states for the latter measure.

Earlier this month, the California Department of Public Health released a report tracking California’s outcomes from 2008 to 2016. Maternal deaths within a year of pregnancy hit a low in 2012, with fewer than 10 per 100,000 live births. It ticked up to about 14 deaths in 2016, slightly behind the national rate of almost 17 deaths. Using the maternal mortality rate, California ranked only behind Illinois for lowest death rates in 2019.

“The reality is there is a disparity between Black and white women and it’s not getting better,” said Kimberly D. Gregory, director of maternal fetal medicine at Cedars-Sinai Medical Center in Los Angeles and former member of the California’s pregnancy surveillance committee.

The committee plans to release data on pregnancy-related deaths through 2020 by next year. It relies on grant funding.

The bill before Newsom aims to write the committee into state law and strengthen its data collection and duties. It would require the committee to have 13 members, including doctors, midwives, doulas and community advocates and would include a tribal representative. Most of its current members are doctors.

The committee would investigate every maternal death and allow for voluntary interviews of family members to better understand what happened. The committee would have to publish its findings and recommendations every three years. It would also look into pregnancy-related deaths among LGBTQ people.

“We can make better decisions about prevention, intervention, systems changes, not only at the hospital level but at the community level,” said Mashariki Kudumu, director of maternal and infant health initiatives for the March of Dimes, Greater Los Angeles, which is a cosponsor of the bill. “What comes with diverse and different perspectives are better changes to systems that improve care.”

Kudumu is also trained as a doula. Newsom in his state budget made doulas a covered benefit under Medi-Cal, the state’s health insurance program for low-income people, following states including New York and Illinois. Doulas are trained to assist and advocate for women in pregnancy and during and after birth. Research shows their presence reduces pregnancy complications and low birthweight babies.

The benefit takes effect next year, and the bill before Newsom would establish a group to study its use. The proposal also expands training for midwives.

Kudumu said she’s helped women stick to their birthing plans in the face of pressure from doctors and provided them with breastfeeding and lactation support.

She knows the value from personal experience. When Kudumu delivered her son prematurely she felt disrespected by the doctor because she’s a Black woman who was on Medi-Cal at the time while she was in graduate school.

Kudumu had to fight to ensure her son got breastmilk instead of formula while he was in the newborn intensive care unit. She remembers the doctor’s attitude changing when another doula at the hospital came up to greet her.

“We want to make sure that this resource — that evidence shows improves health outcomes — is more accessible to people,” she said.