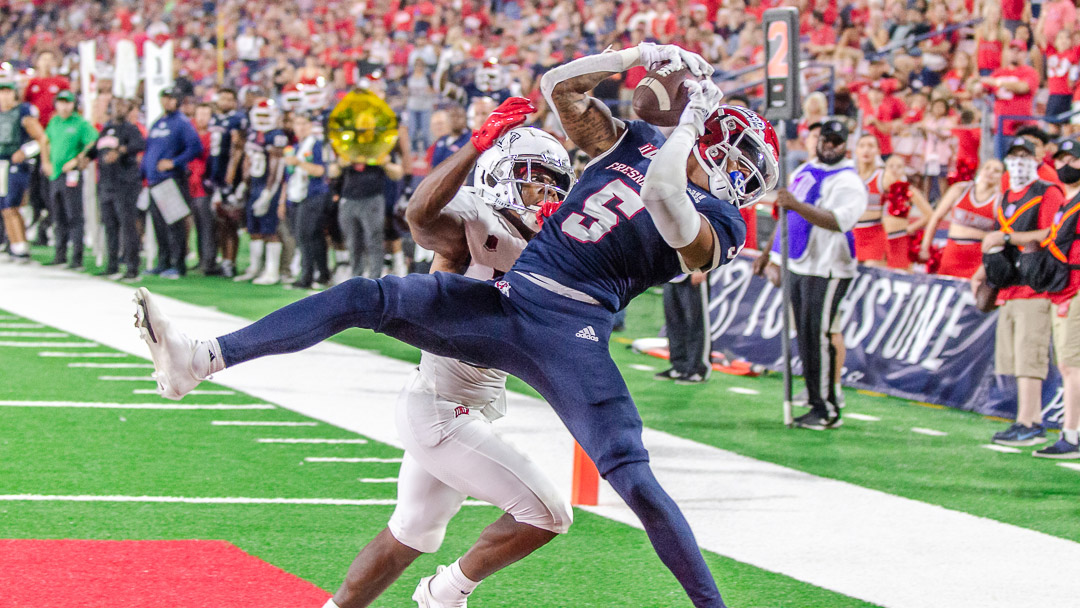 As Jake Haener emerged through the walkway to the locker room, the fans poured out their love and adulation.

Despite the slow start, QB Jake Haener had another impressive game, leading the Bulldogs to a 38-30 victory.

Inconsistent play from both the offense and defense saw UNLV take a two touchdown lead in the 1st quarter. With an 80-yard TD on the first play in the second half, the Rebels led 21-9.

Then, Jake Haener played like Jake Haener, but it took a while to get there. 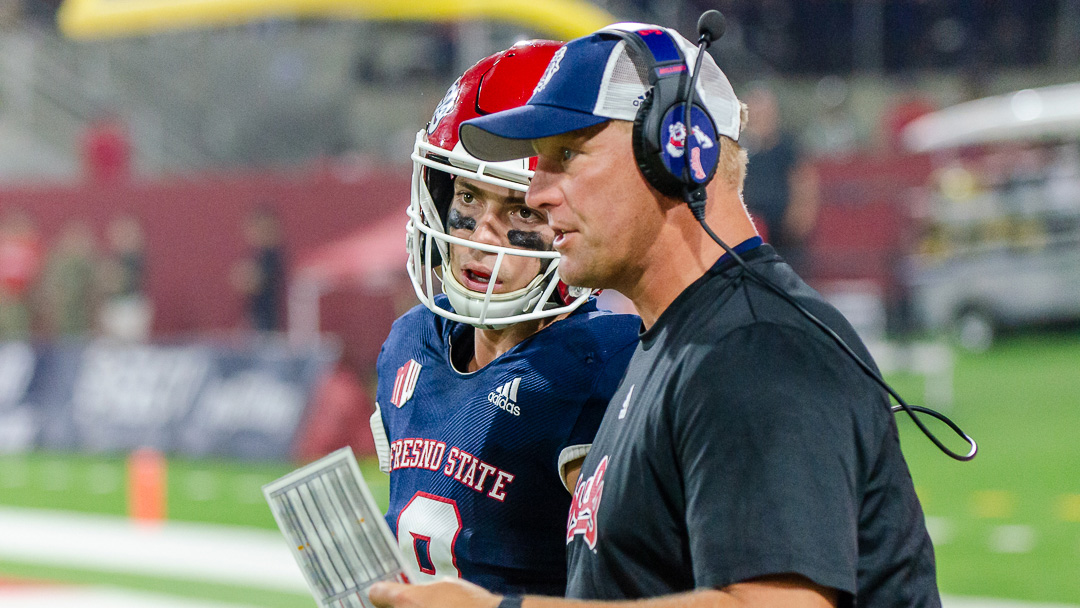 Haener Returns from Injury on Fire

Perhaps Jake has earned another nickname with his performance before 35,093 fans — Huge Heart Haener.

Down 21-9, Fresno State went three-and-out to start the third quarter. The Rebels hit Haener hard on a third-down incompletion, sending him to the trainer’s tent.

“I did see (backup QB) Jaylen (Henderson) was warming up, but I didn’t realize Jake was in the tent, to be honest with you. I think it’s just it’s the nagging injuries from last week, so it’s not like it’s something more,” Head Coach Kalen DeBoer said after the game.

Perhaps playing hurt is the quarterback’s spinach. Recovering from the knockdown, the Bulldogs senior signal caller came alive. He connected on 14 of his next 15 passes.

Even when UNLV came back with a go-ahead field goal, taking advance of a tipped pass that resulted in an interception, Haener refused to quit.

He led a second comeback drive in the second half, driving 61 yards in four plays, capped by the fourth TD to Cropper.

“There is something about what Jake does where you just got to fight. And I think it just all comes down to him focusing in on what’s in front of you and just picking yourself back up and and going to fight. It’s a competitiveness that he has and a spirit that he has that certainly we we we rally around,” DeBoer said.

DeBoer says Haener and others could use a rest, but probably after the bye following next week’s game at Hawai’i.

Given UNLV as the opponent, it may be appropriate to say that Fresno State suffered from a “hangover.” After a heroic, attention-getting victory last week at UCLA, Fresno State figured for an easy time against an 0-3 UNLV. That did not happen.

UNLV delivered what could have been a knockout blow, an 80-yard TD on the first play of the second half. The Rebels continued to gain “chunk” plays, runs and passes for huge yardage but without scoring.

But drives would stall out, and the Bulldogs defense finally forced UNLV to punt on three straight possessions in the third quarter.

“They started their best this game,” senior DE Arron Mosby said. “They obviously came in and they gave us a great, great run. And we give props to them guys.”

DeBoer insisted the team was prepared, but tough games from teams that may be at the bottom on paper will be the norm.

“We’re going to get everyone’s best,” DeBoer said. “I don’t think it’s a wake up call, because that means that we didn’t do what we need to do in preparation… but it certainly shows that we’ve got to be ready to play at our best.” 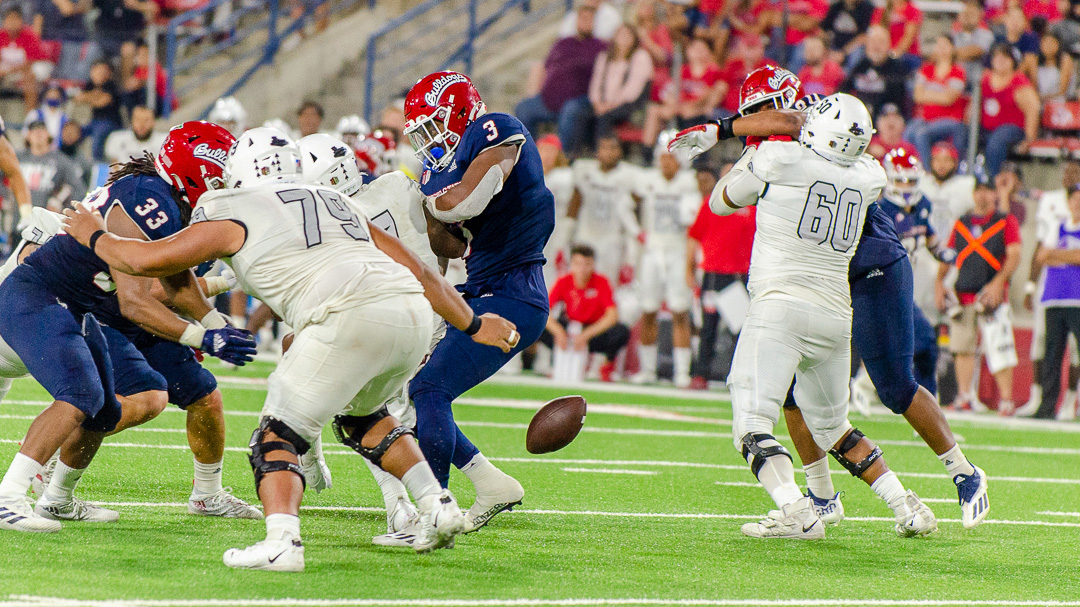