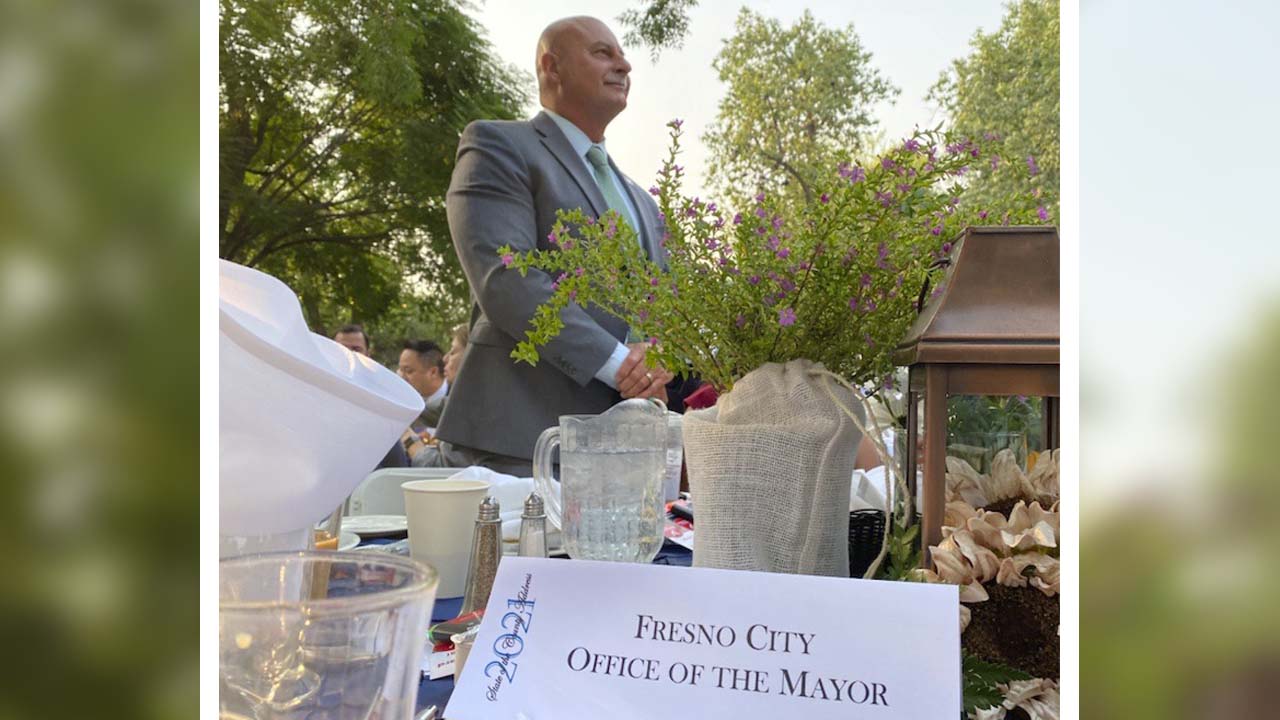 Mayor Jerry Dyer said Wednesday that despite a corruption lawsuit and FBI investigation at City Hall, the city is committed to providing services to Fresno residents.

“We are out there paving the streets, we’re keeping people safe. We’re out there relocating the homeless, beautifying this city. So we’re doing the things that people expect of us.” — Fresno Mayor Jerry Dyer

In response to a question from GV Wire, Dyer sidestepped the lawsuit filed by the company of developer Cliff Tutelian against the city and councilman Miguel Arias.

“It would be better suited for me as the mayor of this city not to make a comment and add fuel to the fire. It is better to let it play out in whatever venue they are offering, whether through the civil process or the criminal process,” Dyer said.

Tutelian & Company filed a lawsuit in Fresno County civil court last week, claiming the city did not play fair on his stalled downtown redevelopment project. The lawsuit accused Arias of engaging in a “pay to play” scheme, demanding a contribution to his campaign funds in order to have his project move forward.

Arias denied any wrongdoing and accused Tutelian of extortion.

“In recent weeks, I have been approached by representatives of Mr. Tutelian who have sought to extort me by offering to have the claim withdrawn in exchange for the City’s sale of Parking Lot 2 to him without a public bid process.

“No amount of baseless attacks or threats will convince me to give anyone the right to develop someone else’s private property without the owner’s consent or sell public assets without a public and transparent bidding process as required by law and city policy,” Arias said.

Dyer emphasized that City Hall remains committed to the people.

“In spite of whatever controversy that might be out there, what (the people) see, we are still doing the people’s business. We are out there paving the streets, we’re keeping people safe. We’re out there relocating the homeless, beautifying this city. So we’re doing the things that people expect of us,” Dyer said.

Dyer did not offer a comment about an FBI investigation into various aspects of City Hall and the city council. GV Wire reported the FBI is looking into the lease deal at Granite Park, the city’s purchasing of personal protective equipment, and a land deal.

“I’m not able to provide any type of confirmation or comment regarding anything that might be going on in that venue,” Dyer said. “It’s important that we just allow those things to play out in the appropriate venue.”