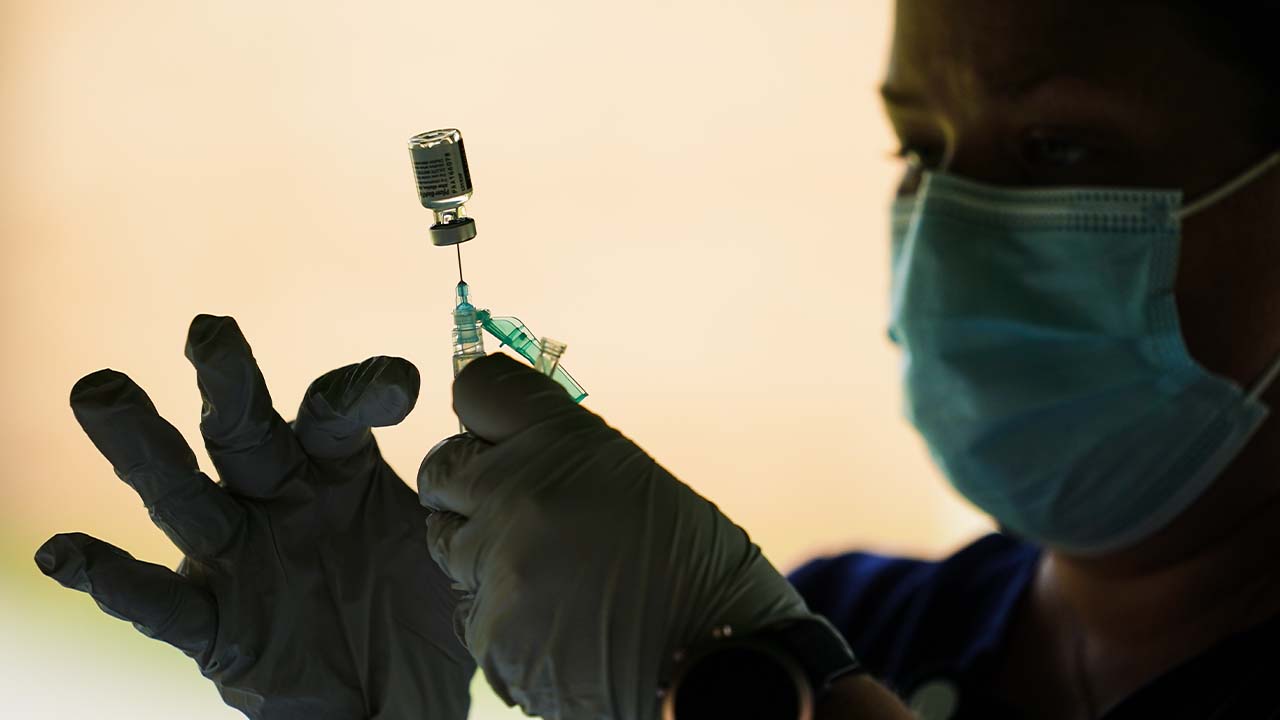 A syringe is prepared with the Pfizer COVID-19 vaccine at the Reading Area Community College in Pennsylvania. (AP Photo/Matt Rourke)
Share with friends

An influential panel of advisers to the Centers for the Disease Control and Prevention convened on Wednesday to debate which Americans should get COVID-19 booster shots and when — a question that has proved more contentious than the Biden administration apparently expected.

The meeting came days after a different advisory group — this one serving the Food and Drug Administration — overwhelmingly rejected a sweeping White House plan to dispense third shots to nearly everyone. Instead, that panel endorsed booster doses of the Pfizer vaccine only for senior citizens and those at high risk from the virus.

While the COVID-19 vaccines continue to offer strong protection against severe illness, hospitalization and death, immunity against milder infection seems to be dropping months after vaccination.

Panel to Decide When and If Boosters are Needed

Last week’s FDA advisory panel decision was only the first hurdle as the government sets its booster policy. The FDA itself still has to decide whether it agrees with its advisers’ recommendation and will authorize Pfizer boosters.

If it does, the CDC then must recommend who should get the extra shots after hearing from its own Advisory Committee on Immunization Practices, whose meeting was scheduled to extend into Thursday.

The priority still is to vaccinate the unvaccinated, who the CDC says account for the vast majority of COVID-19 cases, now soaring to levels not seen since last winter. About 182 million Americans are fully vaccinated, nearly 55% of the total population.

“I want to highlight that in September of 2021 in the United States, deaths from COVID-19 are largely vaccine-preventable with the primary series of any of the three vaccines available,” said Dr. Matthew Daley, a researcher at Kaiser Permanente Colorado and CDC adviser who opened Wednesday’s meeting.

Much of the deliberation at the meeting was expected to be about who is considered at high enough risk for an extra dose — for example, whether health care workers who are continually exposed to the virus should qualify for boosters.

Another question was how many months after the second shot the booster should be given. Scientists have talked about six months or eight months.

Many experts are torn about the need for boosters because they see the COVID-19 vaccines working just as expected. It is normal for virus-fighting antibodies to wane months after vaccination. Even then, the body has back-up defenses against the virus.

Part of the government’s calculation is whether preventing “breakthrough” infections in the fully vaccinated could help tamp down virus transmission, protect young children who aren’t yet eligible for vaccination and ease the burden on overwhelmed health care systems.

The government will decide at a later date whether to allow extra doses of Moderna or Johnson & Johnson vaccines.