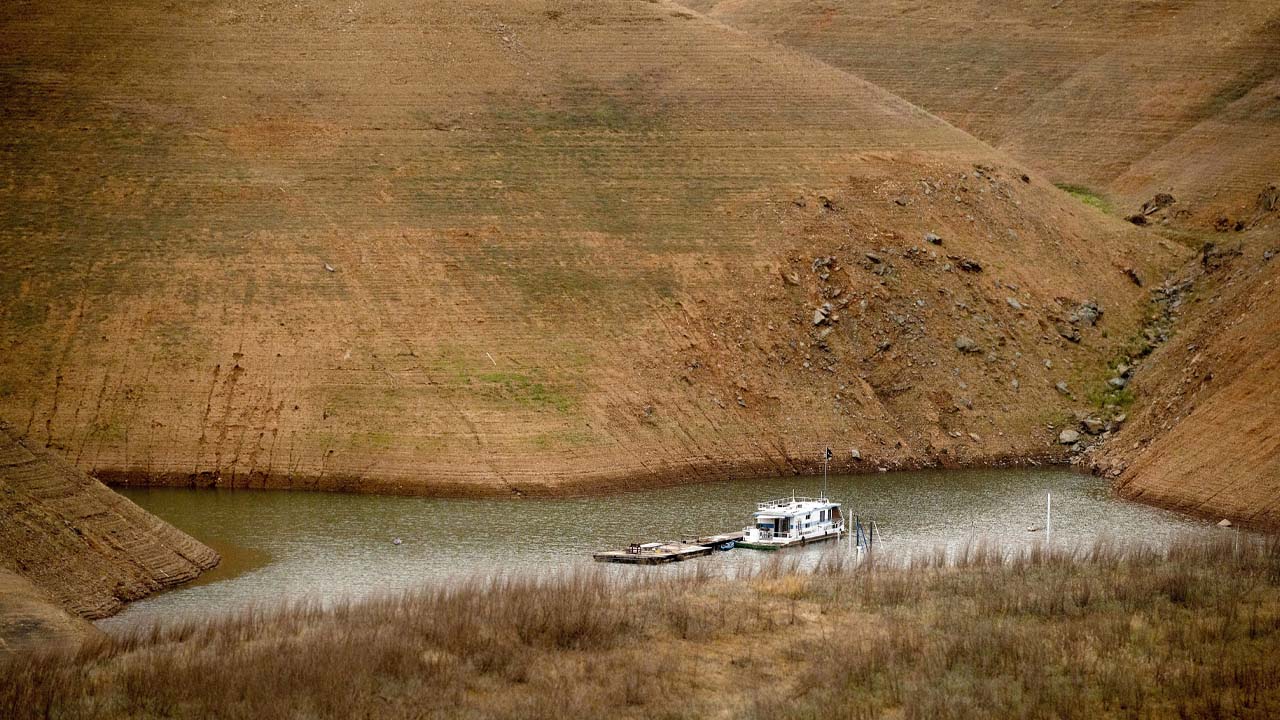 The Lake Oroville reservoir was at 39 percent of capacity and 46 percent of its historical average as of May 22, 2021. (AP Photo/Noah Berger)
Share with friends

Californians failed to significantly cut back their water consumption in July, state officials announced Tuesday, foreshadowing some difficult decisions for Gov. Gavin Newsom’s administration as an historic drought lingers into the fall.

Newsom had asked people in July to voluntarily cut back their water consumption by 15% to help address a severe drought that has left some of the state’s reservoirs at dangerously low levels.

But in the three weeks after Newsom’s announcement, residents reduced their water consumption just 1.8%, according to new data released Tuesday and reported by the Sacramento Bee.

“On conservation, we’re going to be needing to do more,” board chair Joaquin Esquivel said.

Still, Esquivel was hopeful the state’s conservation numbers will improve. Newsom declared a drought emergency in the Russian River watershed along the state’s north coast in April. Data from that region shows people reduced their water consumption by 17% compared in July compared to 2020.

“We see that it takes time for conservation to boot up,” Esquivel said, adding that the 17% figure “shows the responsiveness of communities” to appeals for conservation.

Dave Eggerton, executive director of the Association of California Water Agencies, said the numbers “represent a promising start in reducing water use,” saying water agencies are “ramping up public information campaigns to build on that progress.”

The numbers released Tuesday represent only about three weeks’ worth of data. And Californians are using about 15% less water per capita than they were in 2014.

But this drought has strained water resources like never before. Several of the state’s largest reservoirs are already at record lows. The water level is so low in Lake Oroville that officials had to shutter a hydroelectric power plant for the first time ever.

Department of Water Resources Director Karla Nemeth said officials are planning for “a worst-case scenario in terms of water availability” for the state’s three largest reservoirs.