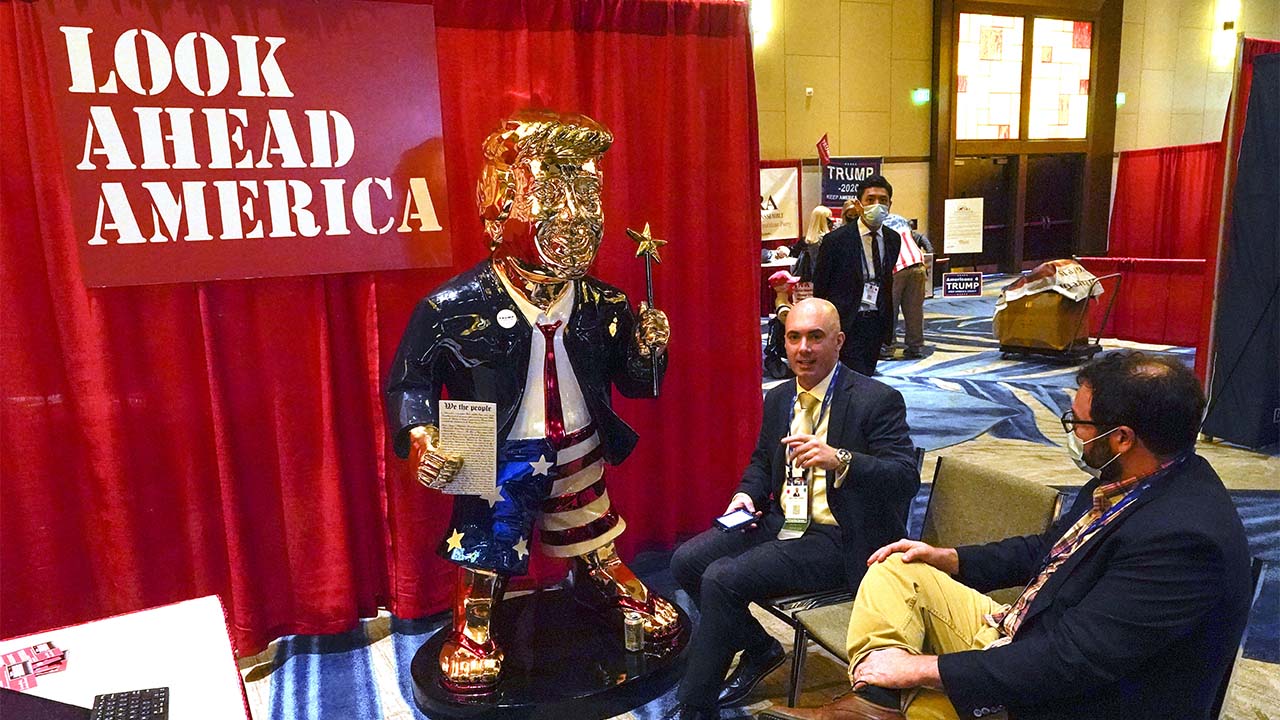 WASHINGTON — The architect of a Washington protest planned for Saturday that aims to rewrite history about the violent January assault on the U.S. Capitol is hardly a household name.

Matt Braynard worked as an analyst for the Republican Party, crunched data for a small election firm and later started a consulting business that attracted few federal clients, records show. He started a nonprofit after he was dismissed by Donald Trump’s 2016 campaign following several months on the job, but struggled to raise money. The group’s tax-exempt status was revoked last year.

But Braynard’s fortunes changed abruptly after Trump’s 2020 election loss. He joined an aggrieved group of Trump allies seeking to overturn the election — and in the process reaped recognition, lucrative fees and a fundraising windfall that enabled him to rekindle his nonprofit.

Attempt to Reframe Jan. 6 Attack on the Capitol

Now, Braynard and his group, Look Ahead America, are using his newfound platform and resources to present an alternate history of the Jan. 6 attack that was meant to stop Congress from certifying Joe Biden’s victory, rebranding those who were charged as “political prisoners.”

Although many members of Congress, including those who are allied with Braynard’s cause, have been mum on whether they will attend Saturday’s protest, the event has put law enforcement on edge, led to stepped-up security measures and created worries that members of the same extremist groups that were present on Jan 6. could also be in attendance.

How much of a draw his “Justice for J6” rally ends up being will test the reach and potency of the emerging far-right movement, as well as the extent of Braynard’s own reach.

Braynard, who is in his 40s, did not respond to a request for comment for this story. The Associated Press earlier declined to accept his condition that an interview of him be broadcast live.

But a review of court records, campaign finance disclosures and social media postings, as well as Braynard’s past interviews with journalists that he has posted online, document his efforts to build his influence over the past year, culminating in Saturday’s event.

“At no point will I cancel this rally,” Braynard told WTOP radio in Washington. “This is happening even if I’m there by myself with a megaphone.”

The seeds of the rally were planted the day after the 2020 election as Trump made false claims of widespread voter fraud, which were later rejected by numerous courts, election officials and his own attorney general at the time, William Barr.

Braynard suggested on Twitter that there could have been fraud in the election, while promoting an online fundraiser he created to defray the cost of analyzing voting data in states where the Trump campaign insisted it was winning.

He told BuzzFeed News in a summer interview that he brought some early findings to the attention of the Trump campaign. The campaign, which had declined to rehire him earlier in the 2020 campaign as a low-level field staffer, initially agreed to hear him out. But after he arrived at campaign headquarters, campaign officials changed their minds, he said.

“I stood on the sidewalk for an hour while they fought inside about whether or not to let me in,” he said. “Ultimately, I was told I would not be let in and I went home.”

His online fundraising, however, took off. After the crowdfunding site GoFundMe.com took down an early effort, citing misleading information, Braynard migrated to an conservative friendly site and quickly took in over $675,000.

A subsequent report he wrote on his findings — which one expert excoriated as “riddled with errors” and violating “basic standards for scientific evidence” — was embraced by Trump’s allies and served as an evidentiary cornerstone in numerous court cases that were later dismissed.

His participation also earned him at least $230,000 in consulting fees, court records show.

Since then, Braynard has used the influx of resources to revive Look Ahead America and reapply for tax-exempt status, which has yet to be approved, according to an IRS database. The group now lists 11 staffers on its website.

The Fight Against an ‘Oppressive Government’ Silencing Conservatives

His first post after creating an account on the conservative-friendly social media site Telegram came days after the attack and featured a picture of the 1933 fire at Germany’s parliament building, the Reichstag, which the Nazi party used as a pretext to seize power. Braynard’s caption: “The real coup is being conducted by Silicon Valley right now,” a reference to a widespread complaint by conservatives that they are being silenced on social media.

Since then, he’s shared a link to a fundraiser for Ethan Nordean, a member of the Proud Boys extremist group, who was charged in the attack. “If you don’t share this post I don’t ever want to hear y’all say you’re fighting back against this oppressive government,” he wrote.

Look Ahead America also tweeted from its account last February that the group would be present at the America First Political Action Conference in Orlando, which was a one-day event hosted by Nick Fuentes, a far-right internet personality who has promoted white supremacist beliefs.

But Braynard has also sought to make inroads with more mainstream conservatives.

Look Ahead America was a sponsor at this year’s Conservative Political Action Conference, a gathering that typically draws Republican presidential contenders. The group garnered considerable attention for a large golden statue of a “surfer” Trump, complete with red, white and blue shorts, that was part of their booth.

But they have also done things to irk organizers of the conference.

After Georgia Rep. Marjorie Taylor Greene, who has repeatedly trafficked in conspiracy theories and endorsed violence against Democrats, wasn’t recognized at the event, Look Ahead America claimed credit for “uncancelling” her by giving her a speaking slot at one of their side events.

At a subsequent CPAC event in Texas in July, Look Ahead America billed a speech at a side event by Florida Rep. Matt Gaetz as an “official” CPAC event. Gaetz is a pro-Trump provocateur under federal investigation for sex trafficking allegations; he has denied wrongdoing.

After CPAC organizers released a statement saying Look Ahead America’s Gaetz event wasn’t part of the official programming, Braynard tweeted that was a “100% Lie” because “the room/event was part of our sponsor package.”

He has once again thrust himself into the spotlight, this time with Saturday’s rally, and has repeatedly downplayed the possibility of violence there.

Trump has not endorsed the rally but did release a statement Thursday claiming people charged in the Jan. 6 attack are “being persecuted so unfairly.”

Still, many Republicans appear to be keeping their distance.

So far, Braynard has announced only a handful of guest speakers, including a client of his who is running against a sitting GOP member of Congress who voted to impeach Trump. And the permit granted for the rally allows it to be no larger than 700 people, according to a person who was briefed on the matter but spoke on condition of anonymity to discuss confidential details.

Even ardent pro-Trump lawmakers in Congress have downplayed the event, or sidestepped talking about it.

“I don’t know what it is,” Sen. Ted Cruz, R-Texas, said when asked about the event.

Missouri Sen. Josh Hawley, who along with Cruz led the Jan. 6 objections to Biden’s certification, also dismissed the idea.

Sen. Ron Johnson, a Wisconsin Republican, has voiced sympathy for those charged in connection with the Jan. 6 attack. But Johnson, who said he would not be attending Saturday’s event, offered some advice to those who are.