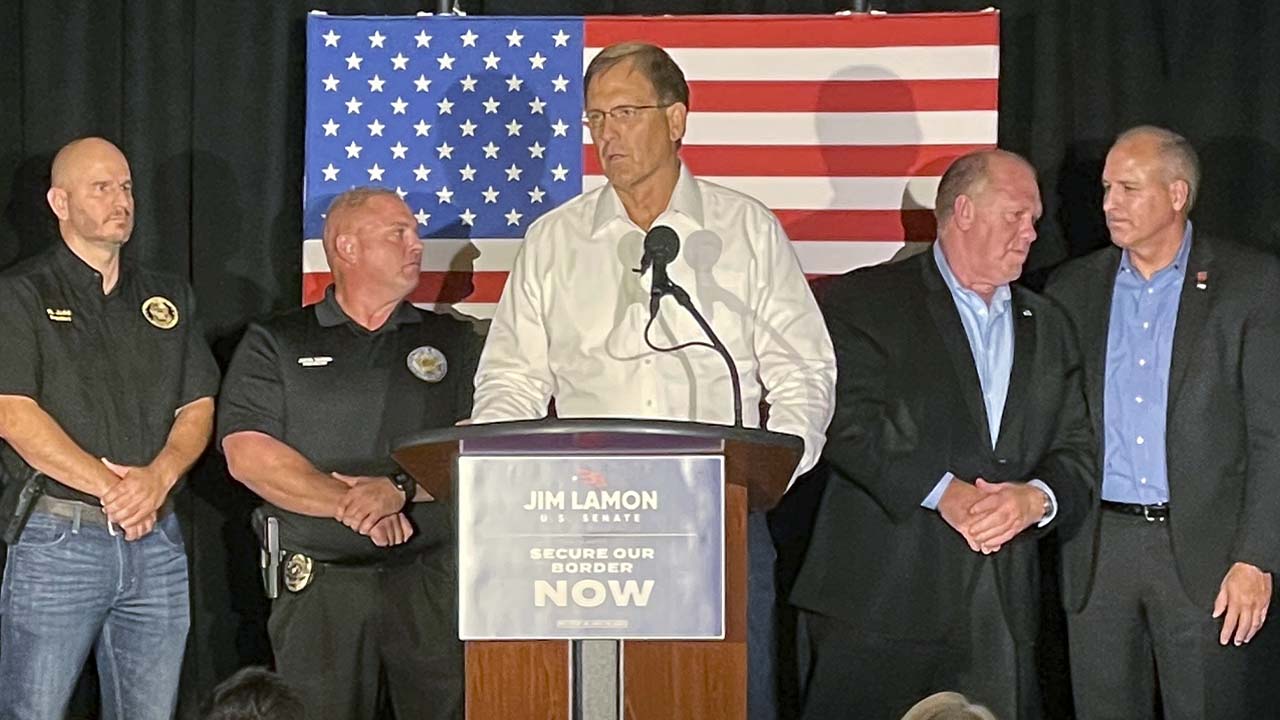 PHOENIX — The United States should not accept Afghan refugees, including translators and others who helped the American military during the 20-year war, Republican U.S. Senate candidate Jim Lamon said, staking out a hardline stance against a group of immigrants that has had widespread support from both parties.

Rather than bringing them to the homeland, the United States should help Afghans who assisted in the war to flee the Taliban and resettle in the Middle East, Lamon told The Associated Press Wednesday evening.

“They should go to countries that are friendly to them and us,” Lamon said. “We cannot continue to be the world’s refugee camp.”

Lamon is running in a crowded Republican primary to take on Democratic Sen. Mark Kelly in one of the most closely watched 2022 Senate races.

His stance on refugees comes as GOP candidates across the country wrestle with how to balance the base’s skepticism of immigration with broad public support for providing refuge to Afghans who risked their lives assisting the United States.

While many Republicans have questioned whether refugees are sufficiently vetted or suggested the U.S. is accepting too many Afghans, few have said that even those who most closely assisted U.S. troops should be excluded.

A handful of former Trump administration officials are working to turn Republicans against Afghan refugees, looking to make the collapse of Afghanistan another opportunity to push a hard-line immigration agenda. But they support letting Afghans who obtain a Special Immigrant Visa settle in the United States.

Lamon is aggressively courting Trump’s endorsement, going so far as to air a campaign ad in Bedminster, New Jersey, while the former president was visiting his golf course there.

His position puts him at odds with others in the GOP who say accepting refugees is consistent with Christian teachings.

“They helped our military members in their country, and now we stand ready to help them in ours,” Ducey and Bowers said.

Lamon said the U.S. has spent billions of dollars in the Middle East, including Oman, the United Arab Emirates and Saudi Arabia, and those countries “need to have brought them in and helped us in that respect.”

“What I would have proposed is that those who helped us, we help them move into neighboring countries,” Lamon said.