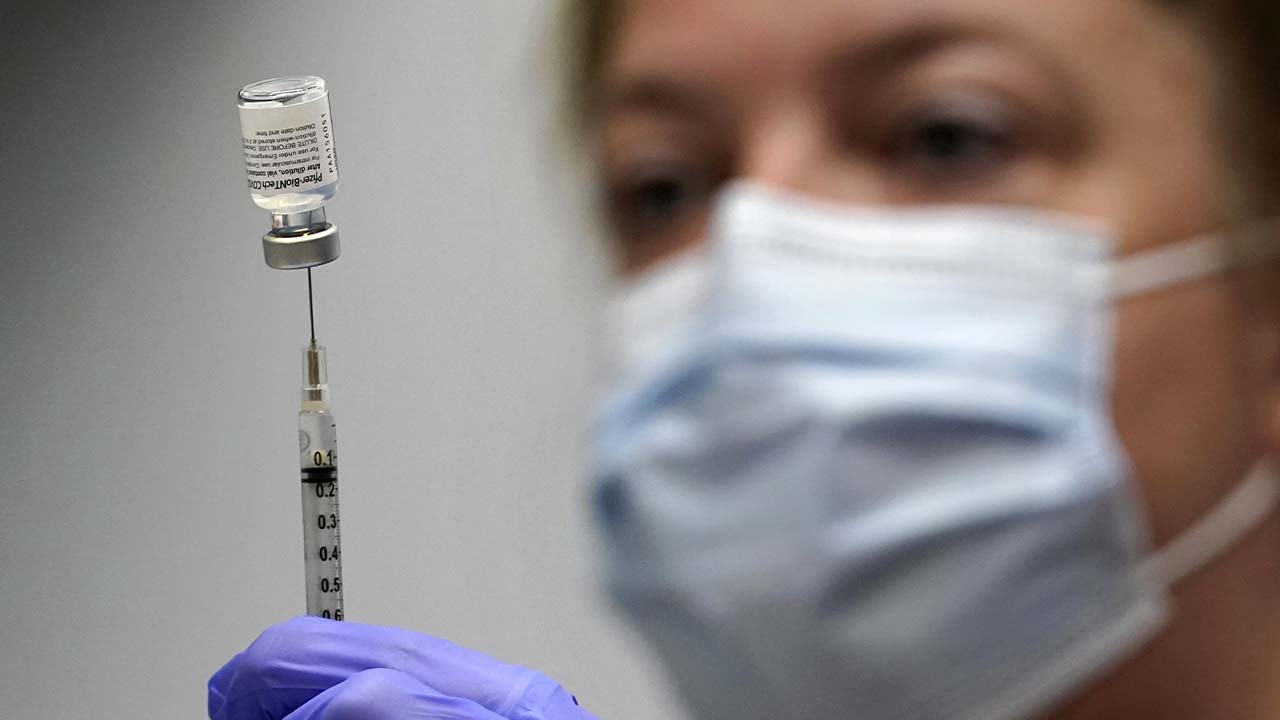 WASHINGTON — The Biden administration’s embattled plan to dispense COVID-19 booster shots to most Americans faced its first major hurdle Friday as a government advisory panel met to decide whether to endorse extra doses of the Pfizer vaccine.

Scientists inside and outside the government have been divided in recent days over the need for boosters and who should get them, and the World Health Organization has strongly objected to rich nations giving a third round of shots when poor countries don’t have enough vaccine for their first.

The panel, made up of outside experts who advise the Food and Drug Administration, weighed a less than clear-cut case: While research suggests immunity levels in those who have been vaccinated wane over time and boosters can reverse that, the Pfizer vaccine is still highly protective against severe illness and death, even amid the spread of the highly contagious delta variant.

The FDA experts were scheduled to vote on one basic question: Does the evidence show that a Pfizer booster would be safe and effective for people 16 and older? In the event of a yes vote, the FDA is expected to quickly approve boosters for Pfizer’s shot.

But that is just one step in the process. The more thorny question of who should get the shots and when will be debated on Wednesday by advisers to the Centers for Disease Control and Prevention. The CDC generally adopts the recommendations of the group, which sets policy for U.S. vaccination campaigns.

The CDC has said it is considering boosters for older people, nursing home residents and front-line health care workers, rather than all adults.

Separate FDA and CDC decisions will be needed in order for people who received the Moderna or J&J shots to get boosters.

Friday’s meeting came as the delta variant continues to drive U.S. cases and deaths back to levels not seen since last winter. That has given urgency to efforts by top health officials to shore up Americans’ protection against the virus.

“We know there may be differing opinions in interpreting the data,” he said. “We strongly encourage all the different viewpoints to be voiced and discussed regarding the data, which is complex and evolving.”

Israel already is offering boosters to its citizens, and Britain this week announced plans to start giving them to people over 50 and certain other vulnerable groups once they are six months past their second dose.

In the first presentation of the day, British researcher Jonathan Sterne laid out the numerous problems with ongoing studies in showing exactly how effective vaccines are at different times in different countries.

“We should be very cautious of the apparent short-term benefits of vaccination,” he said.

Israeli health officials presented data from their experience offering extra doses to nearly 3 million adults since late July. The government launched that effort after signs that the Pfizer vaccine’s protection fell from 97% early this year to 85% by July among the first people vaccinated.

Sharon Alroy-Preis of Israel’s Ministry of Health said the booster dose improves protection tenfold against infection in people 60 and older.

“It’s like a fresh vaccine,” bringing protection back to original levels and helping Israel “dampen severe cases in the fourth wave,” she said.

Pfizer was expected to present data suggesting immunity from its vaccine wanes. A Pfizer study of 44,000 people showed effectiveness against symptomatic COVID-19 was 96% two months after the second dose, but had dropped to 84% by around six months.

President Joe Biden’s top health advisers, including the heads of the FDA and CDC, first announced plans for widespread booster shots a month ago, targeting the week of Sept. 20 as an all-but-certain start date. It said boosters would be dispensed eight months after the second dose of the Pfizer and Moderna vaccines.

But that was before FDA staff scientists had completed their own assessments of the data. Some experts questioned whether Biden was breaking his own pledge to “follow the science” on COVID-19 by getting out ahead of government scientists.

Earlier this week, two top FDA vaccine reviewers joined a group of international scientists in publishing an editorial rejecting the need for boosters in healthy people. The scientists said continuing studies show the shots are working well despite the delta variant.

Ethical Concerns When Poor Countries Have Yet to Receive Vaccines

The Biden booster plan has also raised major ethical concerns about the fate of people in impoverished parts of the world. But the administration has argued that the plan is not an us-or-them choice, noting that the U.S. is supplying large quantities of vaccine to the rest of the globe.

The U.S. has already approved Pfizer and Moderna boosters for certain people with weakened immune systems, such as cancer patients and transplant recipients.

Some Americans, healthy or not, have managed to get boosters, in some cases simply by showing up and asking for a shot. And some health systems already are offering extra doses to high-risk people.