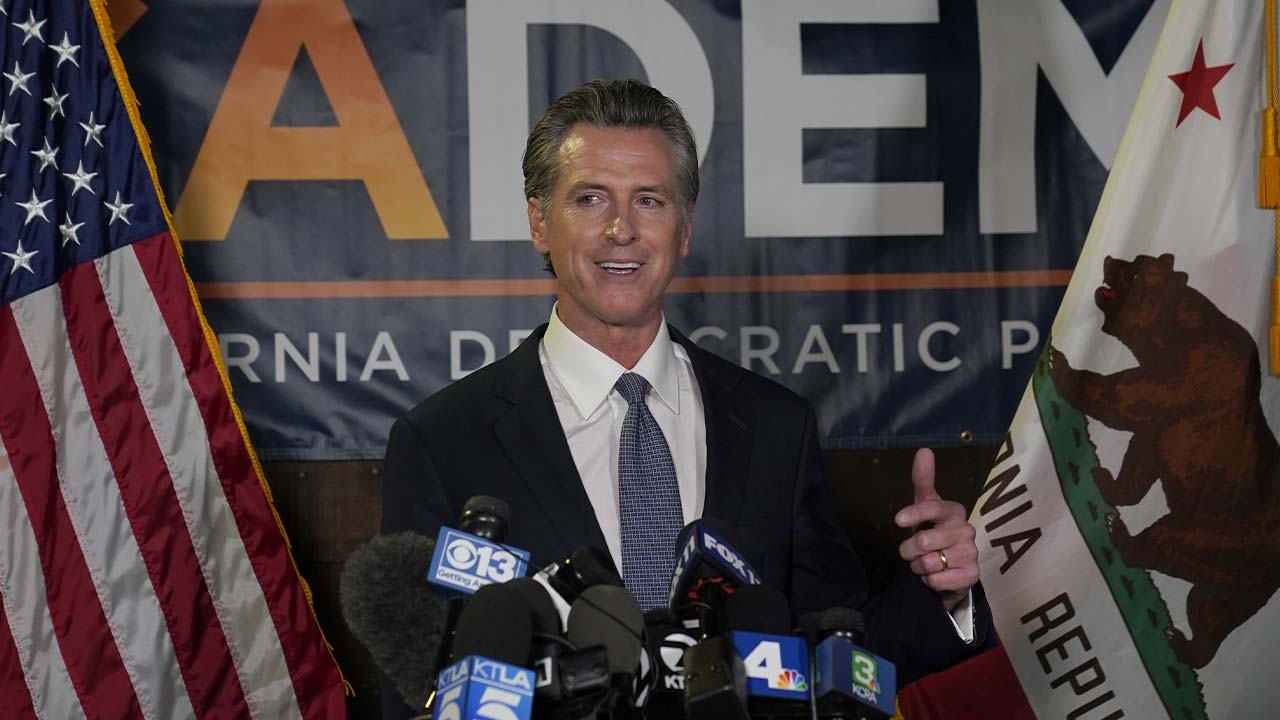 An ominous four-word message issued by California Gov. Gavin Newsom’s campaign on the morning of Aug. 5 served as the shock Democrats needed to take seriously a recall election that could remove him from office: “This recall is close.”

Newsom’s warning in a fundraising email came just days after a poll indicated the once-popular Democratic governor who was elected in a 2018 landslide was facing the unthinkable prospect of losing his job in a state that hadn’t elected a Republican in a statewide race in 15 years.

The race is “close enough to start thinking about what it’d be like if we had a Republican governor in California. Sorry to put the thought in your head, but it’s true,” Newsom’s campaign wrote.

Newsom ‘Wakes Up’ Democratic Base in a Landslide Win

The alarmist message was quickly incorporated into Newsom’s remarks on the campaign trail – he was in serious trouble, he warned. The sequence of events combined to create a turning point in the race and helped energize California’s dominant Democratic voters, who until then appeared to be greeting the contest with a collective shrug.

Newsom on Tuesday easily turned back the attempt to retire him less than three years into his first term. Incomplete returns showed him headed toward a landslide win with about 65% of the vote.

Newsom’s victory also provides him with a dramatic comeback story that he is likely to employ as he seeks to broaden his popularity in advance of a 2022 re-election race, while seeking to return his name into discussion about future presidential candidates.

Concentrating the narrative on the threat of a Republican upset in the nation’s most populous state “became a self-fulfilling prophesy, where the more you talk about it being close, the more (Democrats) pay attention,” said Los Angeles-based Democratic consultant Michael Trujillo, who was not involved in the campaign.

For Democrats, the fear of losing the California governor’s seat also opened up national fundraising pipelines that gave Newsom a vast cash advantage over his rivals. That concern also provided a connection point with minority communities about how their lives could change with a conservative Republican governor in Sacramento.

Newsom also benefited at other critical junctures of the campaign with strategy decisions by his campaign and other factors involving happenstance or even luck.

The state collected an astounding windfall of tax dollars that resulted in a record surplus, allowing Newsom to dispense billions in funding for an array of programs, from cleaning up trash to early education and homelessness.

Elder ‘Served as a Life Preserver for Gavin Newsom’

In what Democrats said was a fortunate turn for Newsom, the election was reshuffled when conservative talk show host Larry Elder entered the race in July. The lawyer and author who could have become the state’s first Black governor quickly emerged as Newsom’s chief foil, and the race came into sharper focus for voters as a one-on-one matchup.

Elder came to the race with conservative-libertarian principles that were out of step with many of the state’s left-leaning voters.

He is a supporter of former President Donald Trump, who is a reviled figure in California outside of his conservative base. Elder is critical of the landmark Roe v. Wade decision on abortion rights, has spoken in opposition to the minimum wage and promised to erase state vaccine and mask mandates that Newsom has insisted save lives.

With Elder in the race, Newsom seized the opportunity to frame the election as a competition between two radically different visions for California’s future. He warned repeatedly that progressive values on the environment, health care and women’s rights were on the ballot, while Elder would herald the return of an era of “Trumpism.”

Elder galvanized the conservative base, but gave Democrats a clear enemy.

“Larry Elder handed them so many gifts on a platter. He is literally the antithesis of most California voters,” said Dana Williamson, who was a top adviser to former Democratic California Gov. Jerry Brown, who preceded Newsom.

Ron Nehring, former chairman of the California Republican Party and a supporter of GOP candidate Kevin Faulconer, said Elder “served as a life preserver for Gavin Newsom” because he gave the governor a target and shifted attention from his own record.

Newsom Had Advantages in Numbers, Funding, and Union Support

Newsom came to the recall with advantages not shared by governors in other states.

Democrats hold a vast numerical edge over Republicans in California –- a nearly 2-to-1 margin, or about 5 million voters. As the target of the recall, the political committee backing Newsom was allowed to raise unlimited funds, which gave him the cash to to flood TV screens with advertising.

Newsom also was supported by the nation’s largest state Democratic Party and politically powerful public worker unions – his campaign said 25,000 volunteers hit the streets the weekend before the election.

Lack of Unity in Republican Efforts Worked to Newsom’s Favor

Meanwhile, infighting broke out among Republican candidates. The GOP never seemed to settle on a unified strategy –- the party considered endorsing a candidate, then dropped it. National Republicans largely stayed on the sidelines after the Republican National Committee gave $250,000, most of it to state party.

Another key advantage for Newsom came when his campaign succeeded in keeping the replacement ballot free of any established Democrats. Newsom’s strategists were wary of the historical context: Voters in a 2003 recall election ousted Democrat Gray Davis, who faced an intraparty challenge from Lt. Gov. Cruz Bustamante.

Bustamante’s appearance on the ballot gave Democrats a viable option to the unpopular Davis and Republican Arnold Schwarzenegger ended up cruising to victory.

Newsom’s campaign team also pinpointed the emergence of the highly contagious delta variant as a factor that reordered the race, especially with Elder emerging as the dominant GOP rival.

“We saw the delta surge as a real inflection moment in this campaign. I think it was a turning point for us,” said Clegg. “What delta brought into clear, clear focus was what the stakes are in this election, when one party has basically become an anti-science, anti-vaccine, anti-public health party.”

Referring to Elder, he said the race could be distilled into a single sentence: “This recall is a vote for a pro-Trump, anti-vax Republican governor who’s going to reverse vaccine mandates on day one.”