Voting Is Fast and Easy on Recall Day. What Dyer Had to Say. 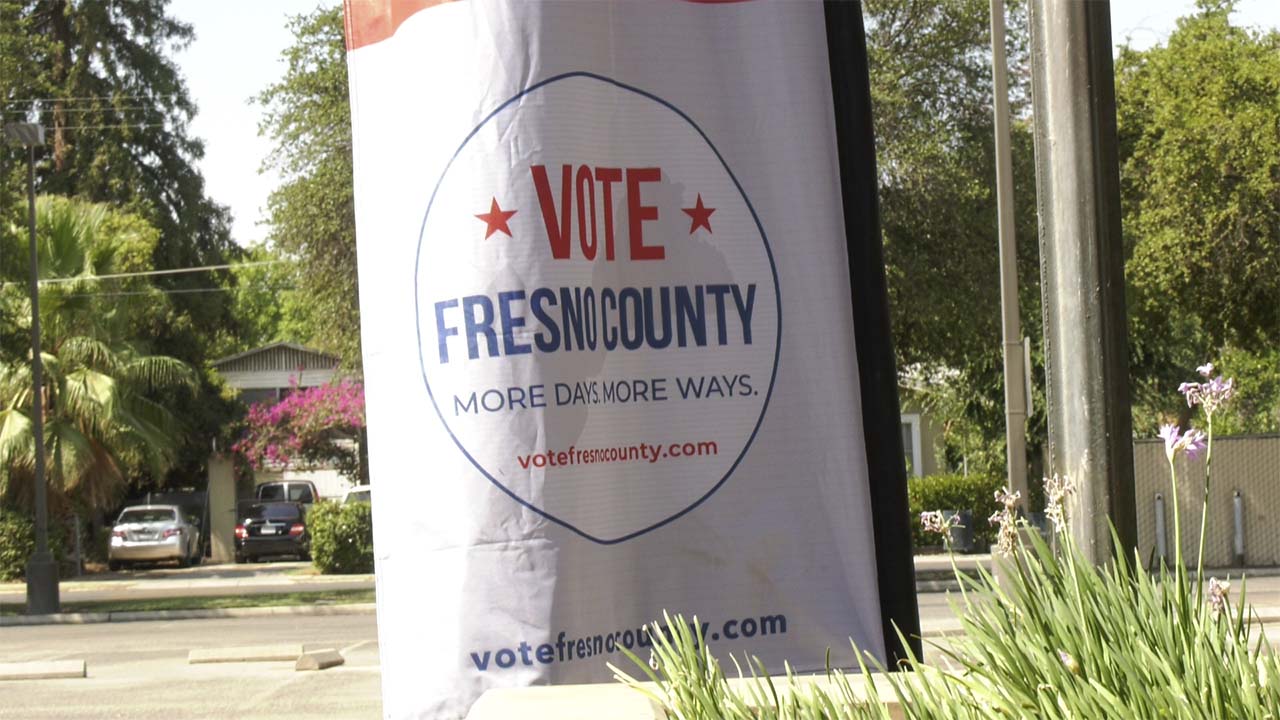 One Fresno resident said he voted "hell no" on the gubernatorial recall Tuesday at the Ted C. Wills Community Center. (GV Wire/Murray Frost)
Share with friends

There was no waiting during the noon hour to vote on the recall of Gov. Gavin Newsom at the Ted C. Wills Community Center in central Fresno on Tuesday.

While voters GV Wire spoke with had varying views on the recall, they agreed on one thing — voting was easy.

Polls close at 8 p.m. today. Ballots can also be dropped off at several drop boxes in the area or in the U.S. mail, as long as the ballots are postmarked by today.

Through Monday, Fresno County had received 188,290 early ballots, or 38% of the total county electorate.

Fred Martinez lives in the neighborhood near the Wills center. He dropped off his ballot, voting “no” on the recall.

“I’m a hell no vote,” he said. “I think it’s kind of absurd. We had an election three years ago. We’re going to have another one in a year. The whole process just seems convoluted. The Republicans know they can’t elect a governor in this state, so this is a chance for them to try to sneak one in.”

Like Martinez, Michael Garcia voted no and left the question about a potential replacement candidate blank.

“I think it is crazy. It is unnecessary,” he said. “People got their opinions and choices and that is why we are here.”

Alice Franklin voted inside. She didn’t want to share her result.

“Whoever I did vote for, they might slap me on the street and I won’t know what hit me,” Franklin said, sharing her wisdom while waiting for a ride. “Most people always have complaints, but sometimes when things happen certain ways, I will say there is a reason.”

Georgia Lynn appreciated there was no line. She voted “yes” on the recall.

“I think (Newsom) should be recalled. He’s not done good with our finances. And I’m ready for something new,” Lynn said.

Dyer Keeps His Vote Close to the Vest

Mayor Jerry Dyer kept coy on how he will vote on the recall election. Although he is a registered Republican, Dyer has put partisan politics aside when reaching out to Newsom for state aid.

“I vote and always with any vote, I keep it to myself. And that’s why we have the ability to vote privately so everybody can keep their vote to themselves,” Dyer told GV Wire earlier in the day. “I just look for us to be able to get this behind us and get back to some form of normalcy within government in the state of California, if that’s possible.”