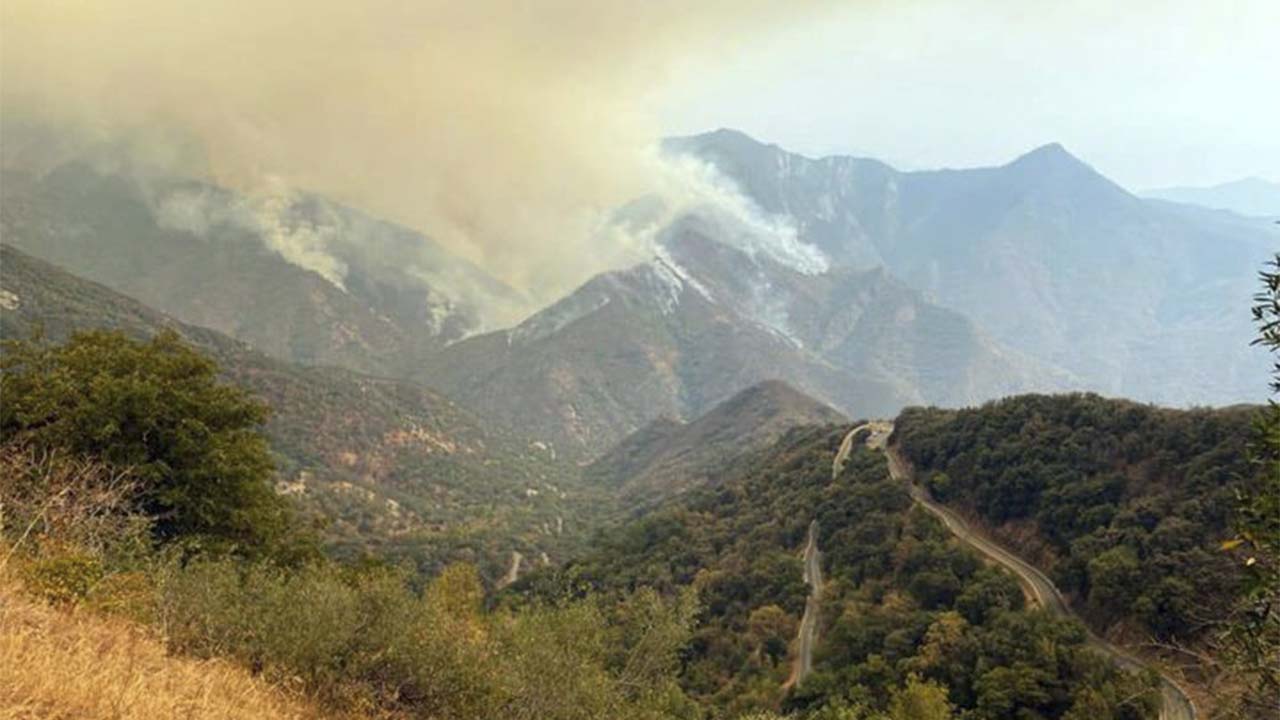 The KNP Complex fires have grown to more than 3,000 acres with 0% containment. ((Sequoia Kings Canyon National Park via Facebook))
Share with friends

The orders cover Mineral King Drive up to the Sequoia National Park boundary, including structures along both sides of Highway 198. The orders also include Oak Grove Bridge down to Highway 198, including Sierra King Drive, Crest Lane, Hammond Drive,  and Oak Grove Drive. However, Dinely Drive is excluded.

The fires ignited one year after the Castle Fire forced many residents to flee Tulare County’s foothills.

No Imminent Threat to Giant Forest

Both fires were projected to advance in the direction of Giant Forest, home to more than 2,000 giant sequoias including the General Sherman Tree, the largest tree on Earth by volume.

“There’s no imminent threat to Giant Forest but that is a potential,” said Mark Ruggiero, fire information officer for Sequoia and Kings Canyon national parks. He estimated that the closest flames were about a mile from the grove.

Part of the Castle Fire destroyed 10% of the sequoias, Ruggiero said.

Related Story: Firefighters Advance on Blaze That Shut California’s I-5

Because of the increasing danger, the park is evacuating employees from its Ash Mountain Headquarters and nearby housing.

Officials said that fires have scorched a total of 3,024 acres, with the Paradise Fire accounting for 2,531 acres and the Colony Fire 493 acres. There is zero containment thus far.

A community meeting is scheduled for 5 p.m. Tuesday at the Three Rivers Memorial Building, 43490 Sierra Dr. The meeting will be live-streamed on the Sequoia-Kings Canyon parks Facebook page, and will be available later there for viewing. 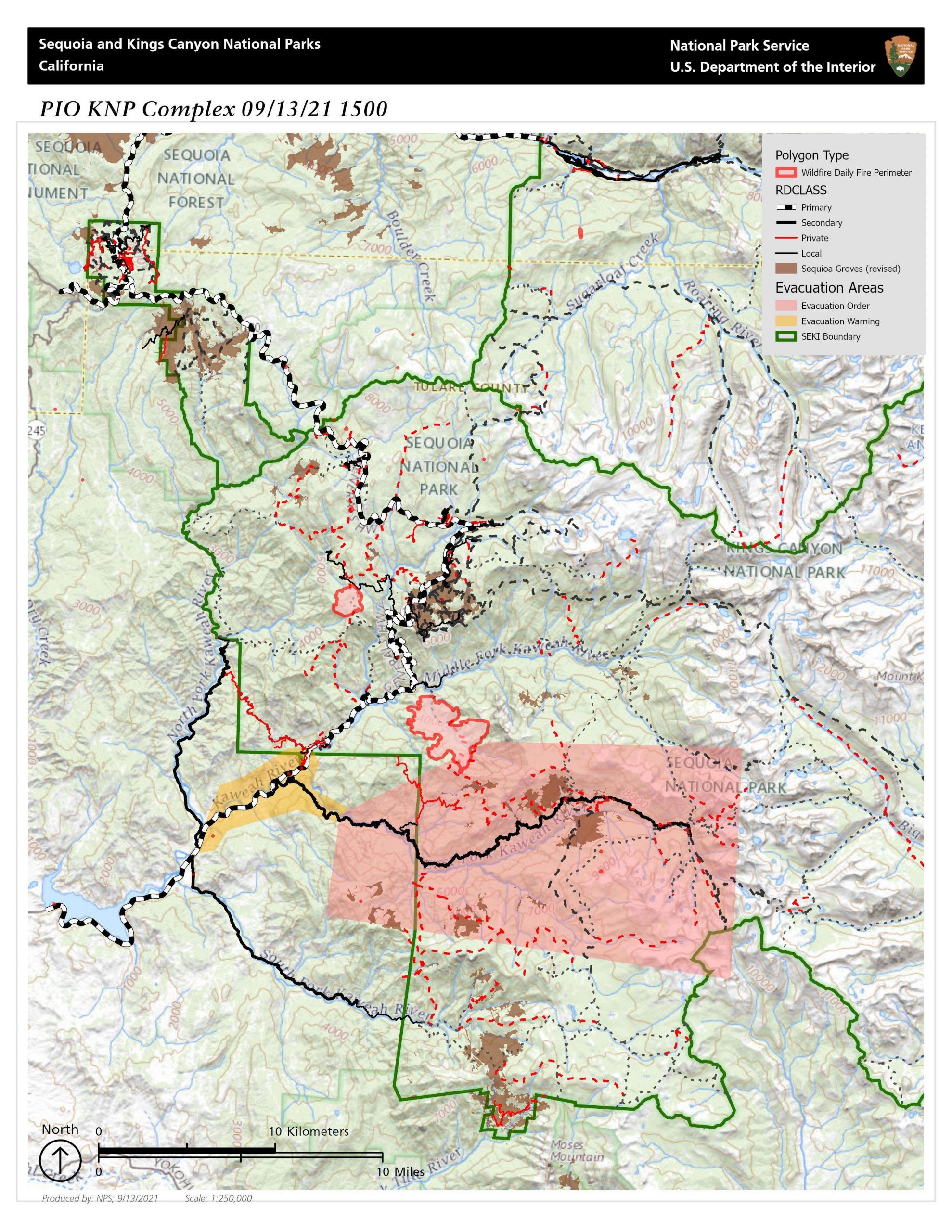