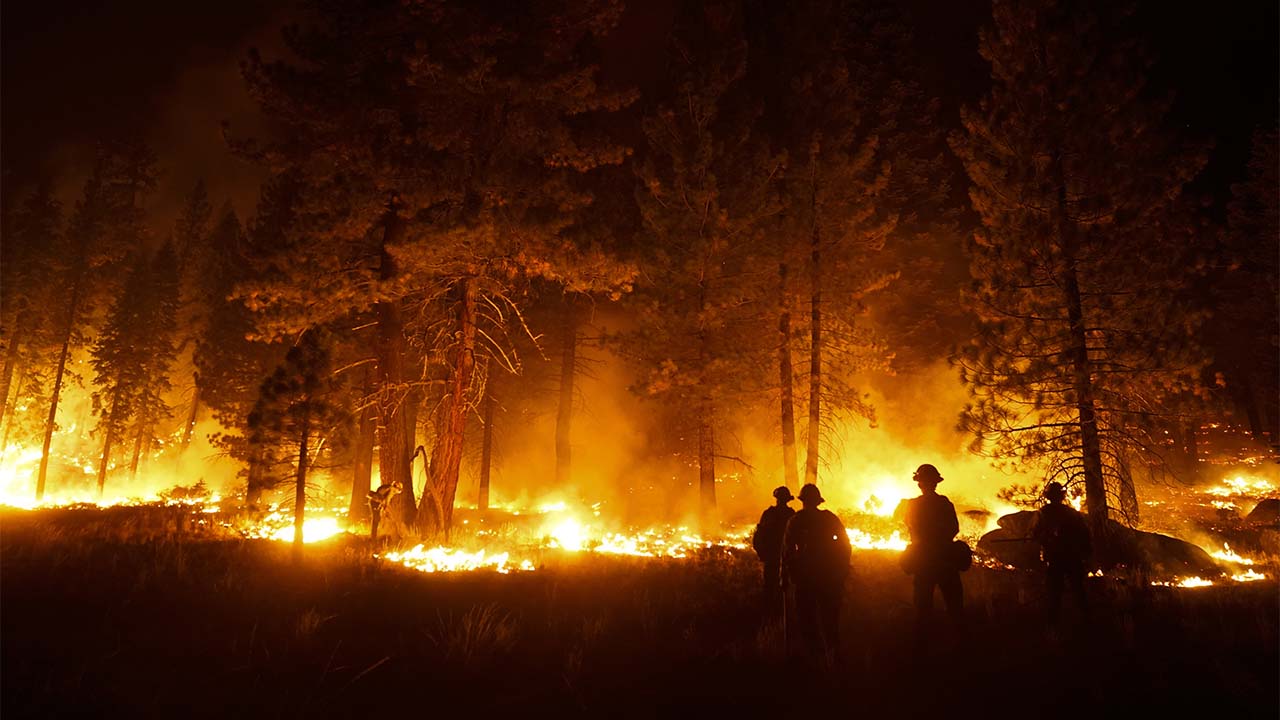 Firefighters are lit by a backfire set to prevent the Caldor Fire from spreading near South Lake Tahoe. (AP Photo/Jae C. Hong)
Share with friends

A red flag warning for critical fire weather conditions was expected to remain in effect all day, but the thunderstorm threat was expected to diminish in most areas by late morning, the National Weather Service said.

The official downtown San Francisco rain gauge recorded 0.01 inch of rain by 5 a.m., marking the first time it has rained there on Sept. 10 since 1978, the weather service said. The most recent measurable September rain in the city happened in 2019.

Thunderstorms also moved through parts of Southern California on Thursday and early Friday, triggering flash flood concerns for burn scars of past wildfires.

An area burned by the 2020 Bobcat Fire in the mountains northeast of Los Angeles received more than a half-inch of rain , most of it in a period of about 15 minutes.

The threat of lightning-sparked fires came as thousands of firefighters have made progress on containing more than a dozen large fires, mostly located Northern California forests.

A historic drought and recent heat waves tied to climate change have made wildfires harder to fight in the American West. Scientists say climate change has made the region much warmer and drier in the past 30 years and will continue to make weather more extreme and wildfires more frequent and destructive.

So far this year, more than 7,000 fires have scorched 3,300 square miles in California, destroying more than 3,000 structures including many homes, according to the state firefighting agency.

President Joe Biden will survey fire damage during a visit to California next week in which he will also campaign for Gov. Gavin Newsom, a Democrat who faces a recall election on Tuesday.

Are the Pollsters Wrong or Will Newsom Cruise to Recall Victory?