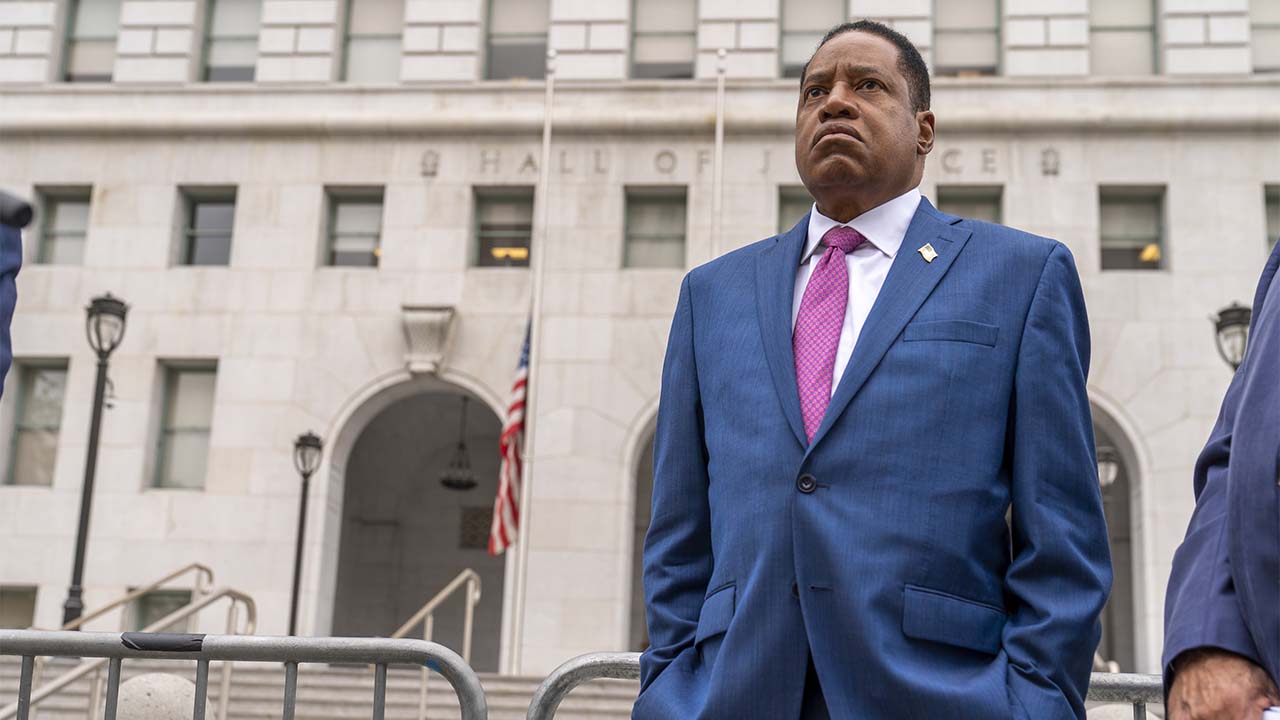 In two months, Larry Elder went from conservative talk radio host to leader of the Republican field in the California recall election that could remove Democratic Gov. Gavin Newsom from office, drawing national headlines, attracting enthusiastic fans to his rallies and quickly banking millions for his first campaign.

Voting concludes Tuesday, and polling suggests Newsom has a solid edge to hold his job. Yet, win or lose, Elder’s star turn within his party is prompting chatter about his political future in the strongly Democratic state, where long-suffering Republicans have been looking for a breakthrough candidate after failing to win a statewide race in 15 years.

Elder, seeking to become the state’s first Black governor, has managed to outshine his GOP rivals in the polls by hewing to a conservative-libertarian message that does not appeal to many moderate or liberal voters. He has run as an outsider and given no sign he intends to shift his strategy in the contest’s closing days while alarming groups across the Democratic spectrum, including environmentalists, women’s rights advocates and fellow Blacks.

On Wednesday, Elder conspicuously didn’t answer directly when asked if he would consider a 2022 rematch against Newsom, should the Democratic incumbent survive the recall. Newsom already has said he plans to seek a second term.

“A lot of people have invested their hopes and dreams in me,” Elder told reporters in Los Angeles on Wednesday after predicting he would win. “A lot of people feel that I can make California better.”

The direction he takes ultimately will be influenced by what happens in the election — an upset win would vault him into the national spotlight, a weaker-than-expected showing could dampen talk about his influence in the party and future prospects.

Elder Emerged as Top Candidate With Energy and Relentless Attacks

The 69-year-old lawyer and author emerged as a GOP luminary of the moment by employing an aggressive style honed during decades on talk radio. He relentlessly attacked Newsom and his handling of the pandemic and progressive policies on immigration, climate change and other issues.

Elder called the race a longshot from the start — Democrats hold every statewide office, dominate the Legislature and congressional delegation, and boast a nearly 2-to-1 edge in registered voters.

Peschong, who advised rival GOP candidate Doug Ose before the former congressman withdrew for health reasons, said Elder’s campaign has “a grassroots component to it that signifies he’s going to be continuing to run, no matter what happens next week.”

Republican fundraiser Charles Moran said Elder brought an energy to the contest that has been absent for the GOP in high-profile races in California for years -– perhaps dating to the tenure of Arnold Schwarzenegger, who was elected governor in a 2003 recall election.

“He’s reignited an excitement and passion and a hope for California Republicans that we have not seen in a while,” Moran said. “That’s why I think there is something more to this. … It’s been a rocket launch for him.”

Unwavering in His Positions on Big Issues

Elder hasn’t wavered in his positions during the campaign. He is still a staunch supporter of former President Donald Trump, a reviled figure in California outside his conservative base. He is critical of the landmark Roe v. Wade decision on abortion and supports expanding oil extraction, positions out of step with a majority of voters in the state.

He has spoken in opposition to the minimum wage, is critical of gun control and has promised to erase state vaccine and mask mandates.

Elder’s campaign has drawn support from his 2 million followers on social media, remnants of the Trump coalition and evangelicals, although that together represents a modest slice of California’s 22 million voters. Elder, an Ivy Leaguer who grew up in a LA’s rough South Central neighborhood, also made efforts to build support within the state’s growing Asian and Latino communities that typically lean Democratic.

Part of his appeal is he’s different: A first-time candidate and Black man in a party that is largely older and white, who isn’t afraid to challenge the state’s dominant Democratic orthodoxy. He also benefitted from a lackluster GOP field that includes former San Diego Mayor Kevin Faulconer, who is still trying to raise his name recognition outside his home city, and businessman John Cox, who lost a landslide to Newsom in 2018.

A former fiancee said Elder was emotionally abusive in their relationship. Elder disputes the notion of systemic racism in America and is critical of Black Lives Matter, positions that have put him in conflict with many other Blacks.

In a July interview with conservative political commentator Candace Owens, Elder said “you could make an argument” that slave owners as well as slaves were owed reparations after the Civil War. His reasoning was that the government took away the owners “property.”

This week, his walking tour of homeless encampments in LA’s Venice Beach neighborhood was cut short after a woman bicyclist wearing a gorilla mask threw an egg toward Elder and then took a swing at a member of his entourage.

The confrontation set off strong reactions on Twitter, with conservatives charging the incident wasn’t immediately branded a racist attack because Elder is a conservative. “A white woman dressed as a gorilla threw an egg at Larry Elder today, accusing him not of being a ‘true black person.’ Democrats are racist,” tweeted Charlie Kirk, president of the conservative group Turning Point USA.

Elder is doing a bus tour of the state in the campaign’s final days. His challenge is expanding his support beyond those who voted for Trump. The former president won 6 million votes in California last November – more than any Republican presidential candidate before him but just over 34% of the statewide vote share in Joe Biden’s landslide win.

Recent polling by the nonpartisan Public Policy Institute of California on the critical first question in the recall – whether to remove Newsom – found those supporting his ouster at just 39%. That figure is roughly in line with the vote share for GOP candidates in recent statewide races — in 2018, no Republicans seeking top offices were able to break 40% of the vote — suggesting that represents a ceiling for Republicans and conservative-leaning moderates and independents.

In a deeply divided electorate “the challenge for Republican candidates … is how do you appeal to enough moderates and independent voters to make up the difference in a state that his heavily Democratic?” said pollster Mark Baldassare, president of the policy institute.