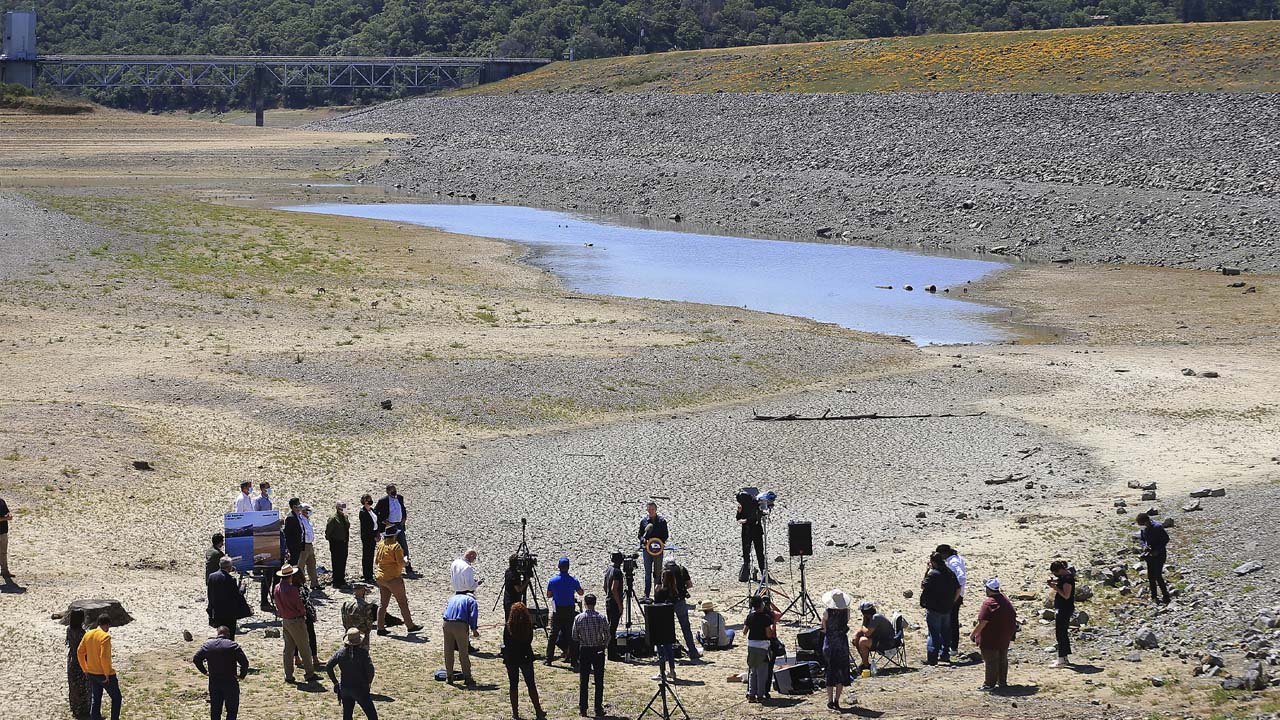 California lawmakers on Thursday voted to spend more than $2 billion to prevent wildfires and address a severe drought, closing the book — for now — on a $262.5 billion operating budget that began the year with a record deficit because of the pandemic and ended with a record surplus in spite of it.

Wildfire spending in California has more than tripled since 2005, surpassing $3 billion last year. But most of that money is spent on putting out fires, not preventing them.

That strategy hasn’t been working in an era of climate change that is making fires larger than ever and more difficult to put out. Fifteen of the state’s most destructive wildfires have occurred in the last 10 years. Five of the largest wildfires in state history happened just last year, and a fire that’s still burning this year is the second largest ever.

New spending approved Thursday brings California’s wildfire prevention budget to more than $1.5 billion. The money will pay for things like the strategic clearing of brush and trees that could fuel massive fires in the future. It will also pay for a bevy of inspectors to review homes in wildfire prone areas before they are sold.

But some lawmakers from both parties were disappointed with the final spending package. State Sen. Bob Wieckowski, a Democrat from Fremont, said Newsom got everything he wanted in the budget while lawmakers had to sacrifice some of their priorities, including hundreds of millions of dollars in additional spending for various sate conservancies that promote and protect undeveloped landscapes.

“It’s uninspirational. It’s not bold,” Wieckowski said of the budget’s climate spending during a committee hearing on Tuesday.

The drought in the western United States has drained California’s complex system of 1,500 reservoirs that store water for drinking, agriculture, energy and fish habitat throughout the year. One of the biggest, Lake Oroville in Northern California, has so little water that state officials were forced to shut down a large hydroelectric power plant for the first time ever.

Yet California’s spending plan does not have any money for water storage projects. The Newsom administration noted about $2.7 billion is set aside for seven water storage projects, including a plan to build the largest new reservoir in California in more than 40 years. But Assemblyman Vince Fong, a Republican from Bakersfield and vice chair of the Assembly Budget Committee, said voters approved that money seven years ago and so far nothing has been built.

“This budget is a missed opportunity,” Fong said. “We have the resources, we have the projects, but we apparently lack the political will.”

The bills approved Thursday represent agreements reached between Newsom and Democratic leadership in the state Legislature. But they couldn’t agree on everything, leaving about $3.3 billion in transportation money unspent. That means about $1 billion for infrastructure projects to prepare for the 2028 summer Olympics in Los Angeles will be delayed while negotiations continue into next year.

Other items caught some lawmakers by surprise, including raises for commissioners on the Public Utilities Commission of 5% per year for the next three years. The commission regulates utility companies in the state, and lawmakers have been furious with them for not coming down hard enough on large investor-owned utilities like Pacific Gas & Electric, which owns equipment that has started numerous deadly and destructive wildfires.

“They are not doing their jobs,” said Assemblywoman Rebecca Bauer-Kahan, a Democrat from Orinda, who spoke against the raises.

The five commissioners earned between $207,000 and $283,000 in salary and benefits last year, according to data compiled by Transparent California. The Newsom administration requested the raises “in order to ensure we continue to be competitive with salaries,” according to Assemblyman Phil Ting, a Democrat from San Francisco and chair of the Assembly Budget Committee.

Thursday’s votes marked the end of one of the strangest budget years in memory, with large swings in revenue as lawmakers tried and failed to accurately predict the pandemic’s impact on the economy.

Instead of Deficit, CA Budget Ends Up With $47 Billion Surplus

Last year, Newsom and the Democratic-dominated Legislature cut spending, raised taxes and delayed funding across state government because they thought the state was headed toward a devastating $54.3 billion deficit after the coronavirus forced a statewide shutdown of schools and many businesses.

Instead, revenues soared as most office workers kept their jobs — and kept paying taxes — while they transitioned to working from home. Meanwhile, the super-wealthy saw their net worth skyrocket on the back of a strong stock market, pouring billions of dollars in capital gains taxes into the state treasury.

The result was an astonishing $47 billion surplus for California, according to an analysis by the nonpartisan Legislative Analyst’s Office. Adding in other new money including aid from the federal government and new revenue for schools means California had more than $100 billion in new money to spend.

“We planned for the worst and we got one of the best budgets in our state history, actually the largest budget in our state’s history,” Ting said.

The turnaround could not have come at a better time for Newsom, who is facing a recall election on Tuesday that could end his term one year early. Newsom and his Democratic allies in the state Legislature used the new money to hand out up to $1,000 checks to most of the state’s adults, plus agreed to pay off up to 18 months of unpaid rent for most renters.