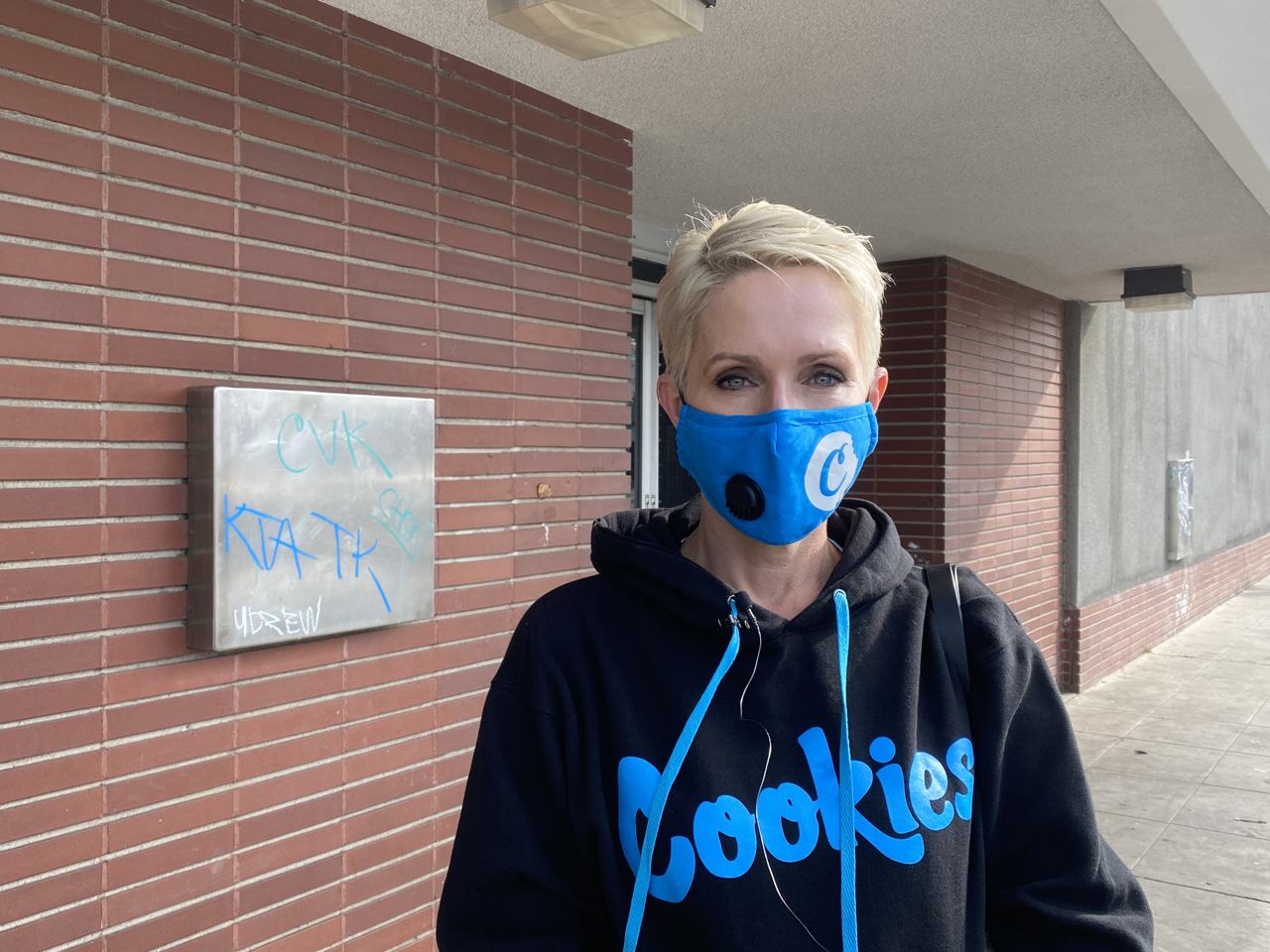 Kacey Auston was the big winner when the city of Fresno announced the remaining 18 retail cannabis licensees on Wednesday.

Auston — a well-known consultant who has represented several clients at City Hall and holds a number of civic leadership positions — was awarded three licenses to operate retail locations in districts 1, 2, and 4.

“I’m extremely humbled by it. We’re thrilled. Myself and my partners are ready to make an impact on the community, a positive impact in the way of jobs, philanthropy, and to turn around areas that have not received adequate attention from the community,” Auston said.

Auston hopes to open her three stores — two branded as “Lemonnade” and one as “Cookies” — by early next year.

After several revisions of rules initially adopted in 2018, the city agreed to award 21 total retail licenses, three in each of the seven city council districts. A maximum of six could be awarded to social equity applicants — which would have different qualifications based on income and past marijuana convictions than standard applicants.

The city announced its first three licensees, all in the social equity category, last month.

Even though the city awarded licenses, the operators still must clear state hurdles and receive conditional use permits from the city council. It is in that final stage where the public can weigh in.

A 15-day window is now open for appeals and challenges from the city council and/or mayor.

Councilman Mike Karbassi said he wants to know the criteria for selecting the locations of the winning applicants.

“I am very blind about it. I don’t care who the applicant is. My concern is that they meet the criteria,” Karbassi said.

Councilman Miguel Arias said he cannot comment until later in the process, when the city either hears appeals or decides conditional use permits.

Certain technical aspects — such as how to measure the 800-foot buffer zones — could be a matter of interpretation. The city’s ordinance does not specify whether that means “door to door” or property line to property line.

Those few feet could determine the difference between whether a preliminary license is valid under the ordinance.

Auston believes the regulation measures the door to the lot line.

“We have preliminary approval from the city,” Auston said.

Also, the definition of a “youth center”— of which a cannabis business has to be 800 feet away from — does not necessarily mean a public park. But, a broad interpretation of the ordinance’s language could be interpreted that way.

Tyler Maxwell, the councilman representing District 4, says he is reviewing applications and has questions on how to interpret “youth center.”

Higher Level of Care Rises Above the Rest 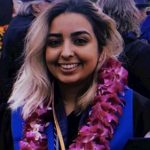 In the multi-part licensing process, standard retail hopefuls were scored based on their applications. Only five in each district were granted interviews.

In District 4, one location ranked sixth of 12 applicants, scoring 72.06% and was not granted an interview. The city apparently changed its mind, granting six interviews in the district. It was the only district to have six applicants qualify for an interview.

Higher Level of Care rose above three applicants after Phase II to win a license. The majority owner is Marley Forsyth, a 25-year old Clovis High and CSU Monterey Bay graduate. Company paperwork lists her as secretary and “future CEO.”

Forsyth said that she had a “chance meeting” with Salvatore Palma, a cannabis entrepreneur who holds several licenses in Monterey County.

“While there are not any Higher Level locations currently within Fresno, this licensure opportunity now has given Salvatore the ability to offer this deserving Fresno woman the ability to operate their Fresno location upon completion of a successful mentorship program,” the application said.

A city spokeswoman said there will be no comment during the 15-day appeal window. 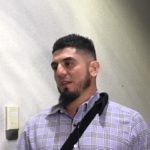 “It’s weird how someone can jump that many spots and supersede a bunch of other people.” — Matt Garza

Two applications by Matt Garza, the former MLB pitching standout turned entrepreneur, qualified for the interview phase. The city chose neither, including his District 4 location.

“It’s weird how someone can jump that many spots and supersede a bunch of other people,” Garza said about Higher Level of Care. “They must have had a hell of an interview.”

Authentic Fresno, Garza’s proposed outlet, ranked third in District 4 with a score of 82.13% before the interview round.

“It’s interesting how (Kacey Auston) won three licenses,” Garza said. “I thought I presented a very strong case, being a minority from this area. I just played clean, followed the rules, stayed out of City Hall, stayed away from everybody as you were asked. And, she’s a long-time City Hall insider. You know, that might be something there. I’m just going off what …. I’m reading in the media.”

Auston says she earned her licenses.

“I can’t control what happens. I know that we gave a strong proposal, a solid proposal. We were strong in the interview process. We have all the documentation, in fact, to prove our proposal. And so people will say what they’re going to say. But at the end of the day, we came in and we performed,” Auston said.

Garza is unsure if the process was fair. He is considering his next move.

“I don’t know how this went down. It’s kind of like the city wrote their own playbook there, and it was constantly changing,” Garza said. “It changed too much for it to be anything clean.”

Calls to members of Higher Level of Care’s ownership team were not returned before publication of this story.

Barigye McCoy, a former county union leader turned marijuana entrepreneur, advanced three of his applications to the Phase III interview process. He was awarded two locations for his Culture Cannabis stores — at 2590 S. Maple Ave. in District 5 and 314 E. Bullard Ave. in District 6.

The Artist Tree and its local majority owner, Lawrence Artenian — an attorney and law professor at San Joaquin College of Law — won two licenses: at 1426 N. Van Ness in District 1 and 7835 North Palm Ave., Suite 102 in District 2. Artenian will partner with local developer Clifford Tutelian in the latter location.

City rules call for up to six licensees from the social equity category — reserved for entities that meet certain economic, geographic, and/or past involvement in marijuana crimes.

In the latest round, the city added a fourth social equity applicant, Roeding Leaf Inc., in District 6.

Fresno Canna Co. ranked at the top of the 17 social equity applicants. The city has not provided scores or how the applicants earned points.

The group calls itself “a family and minority-owned business with deep roots in Fresno.”

The majority owner is Janet Beauford, an insurance agent and longtime Fresno resident. She said she is a cannabis user for medicinal purposes after a 2019 car accident.

Beuaford has no business experience, but is leaving it up to her business partner and son, Edwin Benton II.

Benton, a former Hoover High School football standout, played college briefly for the University of Utah. On his website, he calls himself an entrepreneur and filmmaker.

“We possess the experience necessary to be successful. Our ownership team, of all minorities, includes owners who have served as local advocates for the decriminalization of cannabis in Fresno, worked for a research think tank aimed at decreasing racial bias in law enforcement, and have cannabis operating experience,” Fresno Canna Co. said in a news release.

The group plans to operate at a shopping center on West Shaw near Valentine.

NBA Star Teams with Fresnan With a Criminal Past 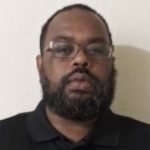 Viola is a national cannabis retail brand operating in several states. It won a social equity license behind its majority owner, Delanno Hopkins.

The man behind Viola is former NBA star Al Harrington.

Jamil Taylor, a partner in Viola, works on the development end.

“We think Fresno is a great opportunity. The fact that Fresno has a strong minority-led population, we felt it was important for us to back a social equity applicant and go in and provide economic development,” Taylor said.

They believe in Hopkins.

“Delanno is an amazing man from Fresno. He’s young, he has inspiration. He wants to own a cannabis business to provide jobs and economic development for those that have been negatively affected by the war on drugs,” Taylor said.

Taylor said Hopkins served 18 months for drug crimes, which would make him eligible as a social equity applicant.

“To kind of right that wrong, we felt it was best for him to apply and use those skills that he gained in that market, which is a much tougher market to be in, to kind of help operate and figure out a way to own and sell and buy and to provide a good cannabis experience to the residents,” Taylor said.

City Manager Thomas Esqueda had the final call on the licenses.

15 others mostly local including JePahul White, 1%