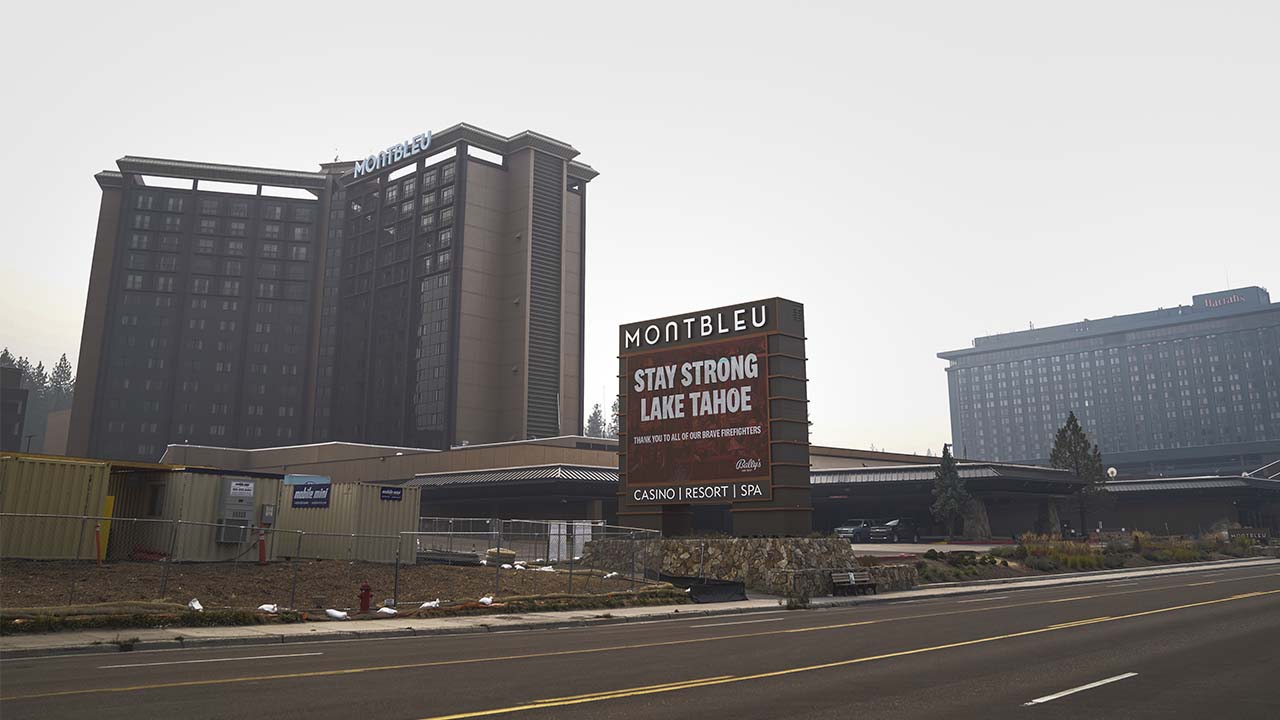 Reports of price gouging are increasing amid evacuations due to a fire threatening Lake Tahoe residents. (AP Photo/Jae C. Hong)
Share with friends

STATELINE — As fearful Lake Tahoe residents packed up belongings and fled a raging wildfire burning toward the California-Nevada border, some encountered an unexpected obstacle: price gouging.

A rideshare company quoted a fee of more than $1,500 to be transported from the smoke-choked ski resort at Heavenly Valley to the safety of Reno-Tahoe International Airport, about eight times the going rate. A Nevada hotel-casino outside the evacuation order zone advertised a two-night stay for $1,090.72, almost four times the midweek rate offered a day earlier.

Reports of price gouging routinely emerge during natural disasters and won newfound attention early in the pandemic, when some businesses tried to capitalize on panic amid demand for toilet paper and hand sanitizer.

While there is no federal law that bans it during emergencies, at least a dozen statehouses have addressed price gouging since last year, including Nevada and California, where Gov. Gavin Newsom signed a bill banning the practice last September.

Unlike California though, a Nevada price gouging prohibition signed by Gov. Steve Sisolak in June doesn’t take effect until October. Its start date limits officials from policing the issue and taking action beyond promising to monitor it.

“We hope that good merchants are not going to partake in price gouging,” Sisolak said Tuesday in Carson City, where ash particles from the Caldor Fire rained from the sky. “They’re going to partake in trying to make their goods available to the widest group of people they possibly can.”

Officials in both states publicly warned businesses in the shadow of the massive blaze against price gouging, with California Attorney General Rob Bonta, his Nevada counterpart Aaron Ford and U.S. Rep. Mark Amodei asking consumers to report incidents to their offices.

Discounts for Emergency Responders, Price Hikes for Everyone Else

The Caldor Fire had calmed significantly Friday but remained just a few miles from the California resort town of South Lake Tahoe. On Monday, flames raced so quickly toward the city that officials ordered a mass evacuation of all 22,000 residents. People across the state line in Douglas County were ordered to leave a day later.

The Montbleu Resort, Casino and Spa — a towering 438-room Nevada hotel just blocks from the California line — began offering discounts for evacuees, $60 rates for firefighters and first responders, and free lodging for its employees.

For everyone else, it hiked room prices Tuesday from $120 to $450 per night before taxes and fees.

Tim Tretton, the resort’s vice president-general manager, said in a statement Wednesday it did so to deter tourists from traveling near the wildfire and to keep rooms available for evacuees. The company planned to pay back the difference to those who booked at the higher cost, he said.

“We did not and do not plan to collect on these rates, and have provided reimbursements or reductions as appropriate,” Tretton said.

Leaving South Lake Tahoe also got pricier for some travelers.

A 60-mile Lyft XL ride from the city to Reno normally costs roughly $200. On Tuesday, it rose nearly eightfold as people rushed to beat the flames.

A furious resident shared a screenshot of the rates on Twitter,showing $1,535 for a minivan or SUV for a minimum of five passengers. SFGate reported the costs had dropped back to $230 midday.

Lyft and Uber said in statements Wednesday that price jumps triggered automatic caps as demand soared around South Lake Tahoe amid emergency evacuations. Lyft said it was “reviewing and adjusting fares for certain riders who were impacted in the region.”

“When ride requests outpace the number of drivers on the road, prime-time pricing — elevated fares designed to get more drivers to high-demand areas — is automatically enabled,” the company said. “When we realized how the evacuation order was affecting Lyft prices, we immediately implemented a cap and ultimately suspended prime-time pricing.”

Uber said fares in some places were capped Monday after it identified a public state of emergency. It enacted a second cap Tuesday.

Gas stations around evacuation zones did not appear to have raised prices significantly this week.

Puerto Rico, Washington, D.C., and 39 states have regulations limiting price gouging during emergencies, according to the National Conference of State Legislatures.

Mississippi, parts of which have been battered by Hurricane Ida, strengthened penalties in its price gouging law in 2006, months after Hurricane Katrina left a wide swath of destruction and supply shortages caused long lines for gasoline during the first weeks after the storm.

North Carolina’s attorney general filed a price gouging lawsuit last week against a gas station that hiked prices for mid-grade and premium gas to $9.99 per gallon after a ransomware attack forced the Colonial Pipeline — the United States’ largest fuel delivery system — to shut down.

Nevada’s anti-price gouging law passed in May on a party-line vote, with Democrats in favor and Republicans opposed. The law will ban price gouging in areas where the governor has declared a state of emergency.

“If you see price gouging — or if you’ve been a victim of it — I encourage you to immediately file a complaint with my office online at oag.cag.gov/report, or contact your local police department or sheriff’s office,” Bonta said.

That Student in Your College Class Could Be a Scam Bot