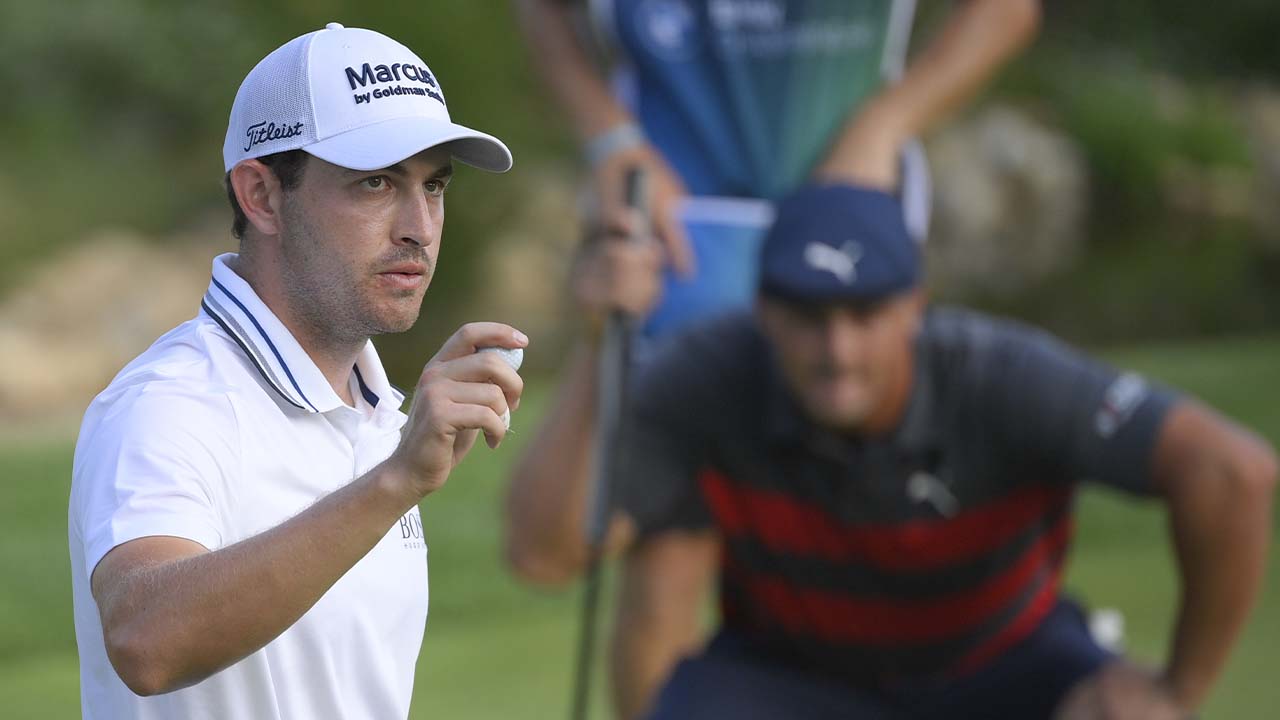 OWINGS MILLS, Md. — The golf world will have to wait to know what was on Bryson DeChambeau’s mind after he had four putts to win, three of them in the playoff, in his runner-up finish at Sunday’s BMW Championship.

The former Clovis East High School standout, who has refused to speak to media except for PGA Tour broadcast partners, chose not to speak to anyone Sunday.

It wasn’t the only time he appeared bothered. He rolled his eyes each time eventual winner Patrick Cantlay marked a short par putt along the front nine. And then on the 14th hole as DeChambeau was preparing to hit, he backed off and said, “Patrick, can you stop walking?”

“We had just been told by the rules officials to kind of speed up, and I’m not always the fastest walker, so I was trying to get ahead and do my part,” Cantlay said. “No big deal.”

On a Caves Valley course that suited the biggest hitters, facing the biggest masher of them all in DeChambeau, Cantlay delivered a moment that will be remembered for the ice in his veins and nerves of steel. His fantastic putting secured the BMW title and his PGA Tour-leading third victory of the season.

Cantlay moved to No. 1 in the FedEx Cup, news he met by saying, “I know.” That means Cantlay goes to the Tour Championship next week with a two-shot lead over Tony Finau in the FedEx Cup finale with $15 million to the winner.

Cantlay really only smiled after he made the last of six pivotal putts on the final nine holes — six of them in a sudden-death playoff.

“I’m just as focused as I can be. If I look the way I do, it’s because I am locked in and focused,” Cantlay said. “And I felt like that today.”

Even more remarkable is that Cantlay had plenty of occasions to believe he wouldn’t be winning the BMW Championship, yet it only crossed his mind once.

That came on the second playoff hole when he hit his approach heavy and came up 55 feet short of the hole. DeChambeau, who had a 30-yard advantage off the tee on the 18th hole, hit wedge into 6 feet.

“I liked Bryson’s chances of making that 6-footer up the hill,” Cantlay said. “I thought he was going to make that putt. That was maybe the only time that I really thought I was done. But he didn’t make it. That’s golf.”

As for the other times? Right when Cantlay looked to be done, he was clutch.

DeChambeau took a one-shot lead on the par-5 16th with a 12-foot putt, and Cantlay still faced an 8-foot par putt to avoid falling two behind. He made it.

On the next hole, Cantlay’s tee shot bounced short and right and into the water, with DeChambeau in the rough just short of the green, about 25 feet from the hole. Cantlay removed his cap and slowly tugged it over his head. Surely, it was over.

But then DeChambeau muffed his chip and missed his 12-footer for par. Cantlay hit lob wedge from 100 yards away in the drop area and slid in the bogey-saving putt from 8 feet.

“I got to thinking, ‘Let’s try and make 4 here and at least not take all the pressure off of him.’ We both had 4s on that hole, and that really kept me in the golf tournament, kind of switched the momentum a little bit,” Cantlay said. “It would have been almost insurmountable if I would have went down two going into 18.”

The biggest was the 20-foot birdie putt he made on the 18th in regulation, the only reason he got into a playoff with a 6-under 66 to match DeChambeau’s score for the round and the astounding total of 27-under 261.

And even then, there was no relief.

DeChambeau Fails to Close the Door

Cantlay missed the 18th green to the left in the playoff and had to make a 6-footer for par to extend the playoff. He made the 7-footer on the next hole. And on the fifth extra hole, DeChambeau looked like a winner again when he hit wedge to 6 feet.

Cantlay hit 8-iron to 2 feet. On they went until Cantlay ended it with his 18-foot birdie putt, two fist pumps as he walked to the hole and perhaps his biggest of five victories.

He won earlier this season at the Zozo Championship in California, making up a four-shot deficit to beat Justin Thomas and Jon Rahm. He won the Memorial for a second time in early June with a 25-foot birdie putt on the 17th hole that led to a playoff win over Collin Morikawa.

This was special, and a couple of fans spotted it from outside the ropes by shouting out to him, “Patty Ice.”

He was ice, all right.

The Bark Is Back in the Bulldogs and the Tailgate Parties