Are You Ready for Some 11 AM Football, Bulldog Fans? 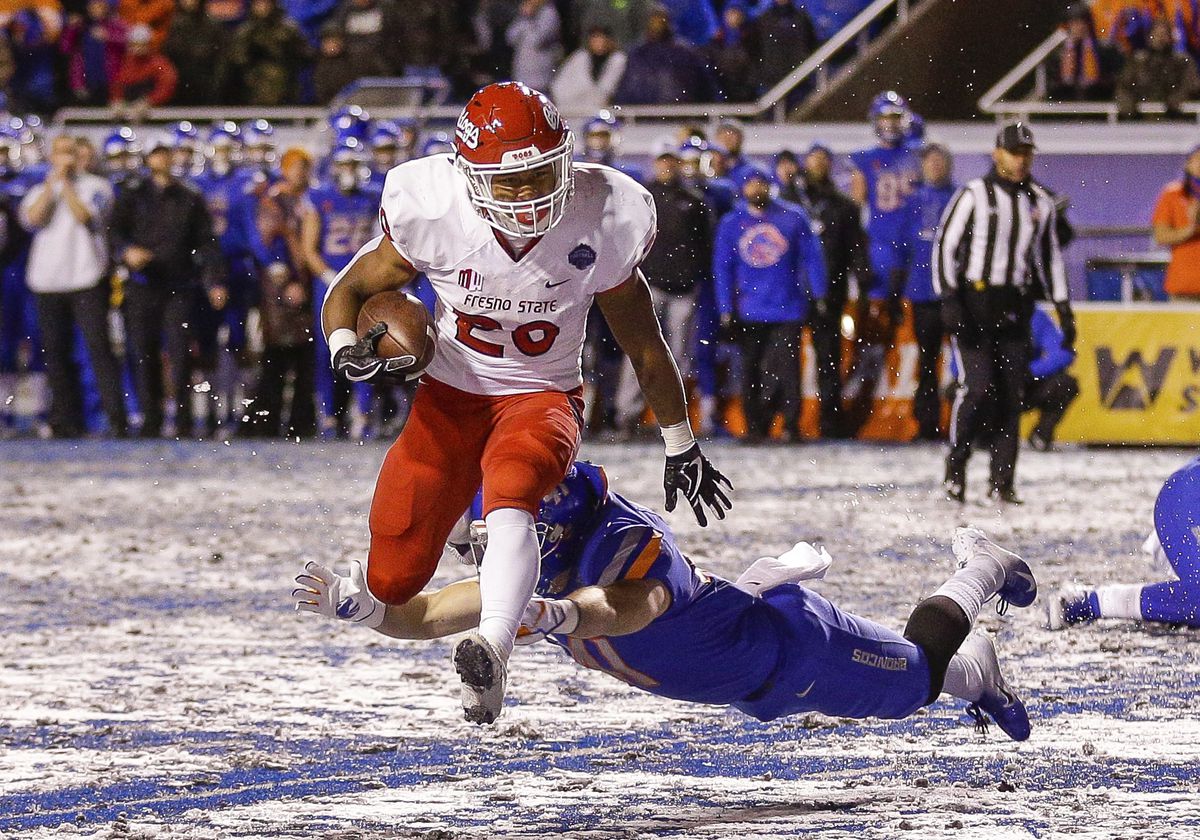 Tailback Ronnie Rivers, who has 44 career touchdowns, returns to the Bulldogs for a fifth season. (AP File)
Share with friends

The roar of fans will be heard in Bulldog Stadium on Saturday morning for the first time since Nov. 23, 2019. That’s a good thing for Fresno State and our community. Few institutions bind us more closely than Bulldog football. And, the university’s athletic department desperately needs the gate receipts.

Trivia question: Who did the Bulldogs play in their last home game with fans?

Answer: Nevada, which won 35-28 by scoring the last three touchdowns, including the game-decider with 12 seconds left.

Jeff Tedford coached that team, and Jorge Reyna was the quarterback.

In their place are Kalen DeBoer, who led Fresno State to a 3-3 record despite having four road games in a weird season disrupted by the COVID-19 pandemic, and Jake Haener, who came on strong as the signal-caller after transferring from Washington in 2019.

Moreover, tailback Ronnie Rivers returns for his fifth season — not all pandemic news is bad! — and that’s a really good thing for Fresno State in light of his 44 career touchdowns.

Why are the Bulldogs facing UConn at 11 in the morning? You can thank CBS Sports and the Mountain West Conference for that. TV contracts trump everything else in collegiate athletics.

The time of the kickoff isn’t the only oddity about this nonconference matchup.

Tailback Ronnie Rivers returns for his fifth season — not all pandemic news is bad! — and that’s a really good thing for Fresno State in light of his 44 career touchdowns.

Because of the pandemic, this will be UConn’s first game in 637 days. During this hiatus, the Huskies exited the American Athletic Conference and became an independent, so that the university’s other teams could return to the Big East Conference, which doesn’t have football. Understand: Basketball is king at UConn.

This is a game the Bulldogs should win handily. Along with the 3,000 mile trip to Fresno, the UConn players must battle their internal clocks, which are set for an 8 a.m. kickoff East Coast time. According to the oddsmakers, Fresno State is a 27.5 point favorite.

The truth is, UConn has struggled despite having the steady hand of 16th-year coach Randy Edsall at the helm. The Huskies are 9-39 since the start of the 2016 season, including 2-10 in 2019. But UConn does boast tailback Kevin Mensah, who is looking for a third consecutive 1,000-yard rushing season.

Don’t Sleep on the Bulldogs This Season

Meanwhile, the Bulldogs didn’t get much respect in the Mountain West media preseason poll. They were picked to finish fourth in the West Division behind Nevada, which returns acclaimed quarterback Carson Strong; last year’s conference champion, San Jose State; and San Diego State.

Don’t sleep on the Bulldogs — even if they’re starting the season at an ungodly-for-football hour. Don’t sleep on them the rest of the way, either. With 20 starters back, they’ll surpass expectations and give returning fans much to cheer about.

Walters: Who Will Control Sports Betting in California?