Mike Richards Out as 'Jeopardy!' Host After Past Scrutinized 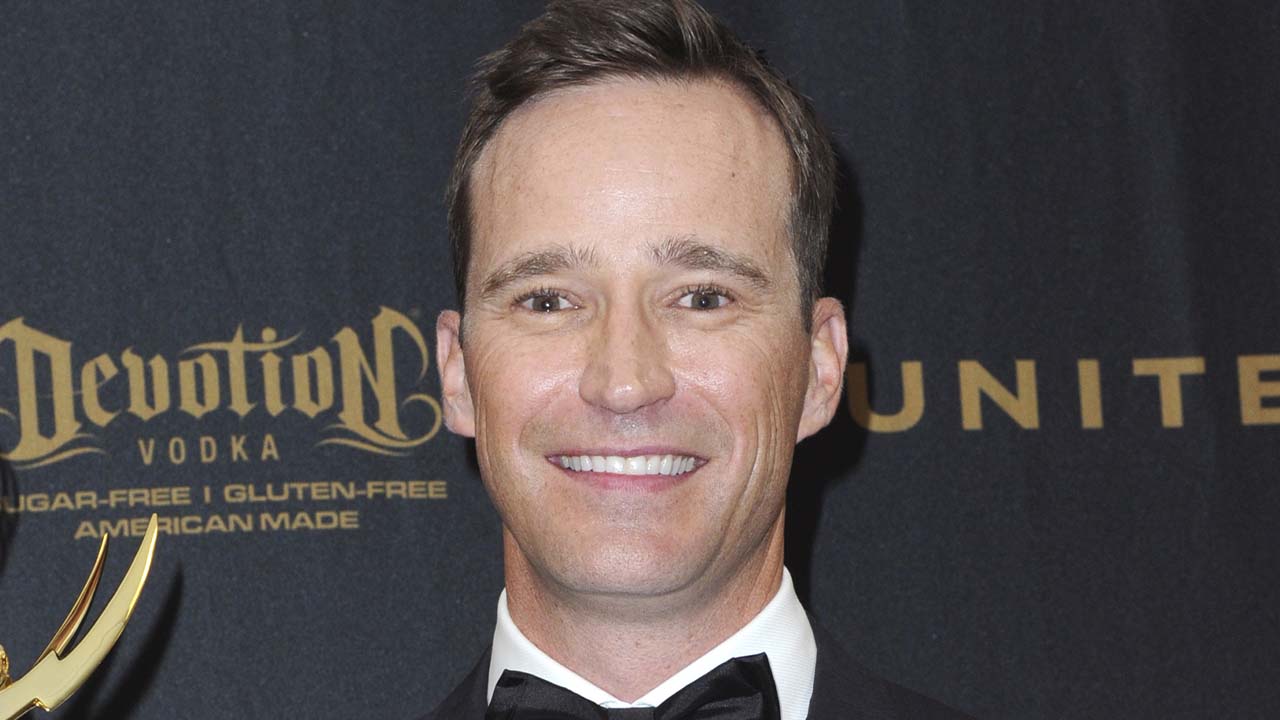 Mike Richards stepped down as host of “Jeopardy!” after past misogynistic comments surfaced this week. (Photo by Richard Shotwell/Invision/AP)
Share with friends

LOS ANGELES — Producer Mike Richards stepped down from his brief tenure as host of “Jeopardy!” after a report about past misogynistic comments surfaced this week and following a drumbeat of criticism about his selection and how it was made.

Richards was chosen last week as the successor to Alex Trebek, a decision that was seen as divisive from the beginning after the show had embarked on a broad search that included actors, sports figures, journalists and celebrities.

Earlier this week, a report on the website The Ringer revealed demeaning comments about women, the homeless and others that Richards had made on a 2013-14 podcast. The clips were removed online after the report was posted.

“Over the last several days it has become clear that moving forward as host would be too much of a distraction for our fans and not the right move for the show,” Richards said in a note to the “Jeopardy!” staff on Friday. “As such, I will be stepping down as host effective immediately. As a result, we will be canceling production today.”

Richards said a search for a new host will begin again, with guest hosts returning to continue production for the new season, he said in the note.

Sony Pictures Television, the studio that makes “Jeopardy!” and which released Richards’ memo, had no further immediate comment. Taping for the show had been set to begin this week for the upcoming 38th season starting Sept. 13.

Richards’ note indicated that he will remain the show’s executive producer — an awkward situation for whoever replaces him.

“I want to apologize to each of you for the unwanted negative attention that has come to Jeopardy! over the last few weeks and for the confusion and delays this is now causing. I know I have a lot of work to do to regain your trust and confidence,” he said.

The podcast content would have dogged anyone taking over a high-profile Hollywood position but was especially difficult for Richards, said Robert Thompson, a Syracuse University professor.

They were “the opposite of what we thought of in Alex Trebek. ‘Jeopardy!’ and Trebek were kind of this place you escaped from the scandal and the tweets and all the other stuff that was going on in the world,” Thompson said Friday.

Richard’s Selection Strewn With Scandals and Doubt of Fairness

While the report of Richards’ podcasts immediately preceded his exit, there had also been renewed attention to his 2009-18 tenure as a producer on “The Price is Right.” Several lawsuits had been filed by former models against the show alleging discriminatory behavior, including one which named Richards. He reportedly was dropped from it before a settlement was reached.

Doubts also grew about the fairness of the selection process, with reports finding holes in Richards’ repeated assertion that the decision was Sony’s and he had no role in it. Volleys of memes were launched comparing Richards to Dick Cheney, whose search for George W. Bush’s 2000 vice presidential running mate ended with Cheney in the spot.

Sony’s decision to crown the “Jeopardy!” executive producer as Trebek’s successor — after a pageant-style parade of celebrity contenders — had stirred ill-will and suspicion toward what had been a remarkably trusted institution. Trebek, who hosted the show for 37 seasons, died last November.

Andy Saunders, a longtime Canadian viewer and administrator of The Jeopardy! Fan website, has been taking stock of viewer sentiment. Lukewarm perceptions of Richards had been changing for the worse, in part because of his podcast titled “The Randumb Show.”

“I have seen the needle move significantly from, ’Well, I guess I’ll watch to support the contestants’ to, ‘This is beyond the pale; Mike Richards needs to be fired,’ over even the last 24 hours,” Saunders wrote in an email Thursday.

On the podcast, Richards used derogatory, crude language about women and their bodies. At one point he says his female co-host and former assistant was a “booth ho” and “booth slut” when she worked at a trade show. He also made a mocking remark about Jews and disparaged the homeless.

“It is humbling to confront a terribly embarrassing moment of misjudgment, thoughtlessness, and insensitivity from nearly a decade ago,” Richards said in a statement to The Ringer staff writer Claire McNear, who first reported on the since-removed podcasts. He called the remarks inexcusable, adding, “I am deeply sorry.”

McNear, author of the 2020 book, “Answers in the Form of Questions: A Definitive History and Insider’s Guide to Jeopardy!” said Thursday that “Jeopardy!” had become an unimpeachable part of pop culture.

Filling the host’s job was never easy. Affection for Trebek made finding a replacement both a gesture of regard for him as well as a business decision.

The immediate reaction to the largely unknown Richards’ hiring was befuddlement, although he ably handled a two-week stint as a fill-in host. There were also howls of protest from fans of other candidates, including Ken Jennings, LeVar Burton and Aaron Rodgers.

Richards signed an overall development deal with Sony in 2019, and became executive producer of “Jeopardy!” and “Wheel of Fortune” in May 2020, positions he was to retain while hosting the quiz show.

Favoring Richards, who’s firmly in the cookie-cutter host mold of a white, square-jawed young man, struck some as proof of an insincere effort by the studio to consider a woman, a person of color or someone from the LGBTQ community. More than half of the guest hosts fall into one or more of those groups.

While ratings rose and fell during the various guest-host stints, “Jeopardy!” remains among the top-ranked syndicated programs and a valuable asset for Sony.

“On the surface, it seems like they didn’t cast a wide enough net to really consider who’s the right host, but went with the easier choice politically (within the company) and financially,” said former Hollywood studio executive Yalda Uhls, a teacher and researcher with the University of California, Los Angeles.

“And it’s coming back to bite them,” Uhls said.