The last defendant in a 2013 Visalia home invasion double murder received a life sentence on Wednesday. (Shutterstock)
Share with friends

Reyes Garcia, 47, was sentenced to life in prison without the possibility of parole on Wednesday for a 2013 home invasion double murder in Visalia, the Tulare County District Attorney’s Office said in a news release.

On the morning of July 12, 2013, a caretaker found Jerry Murillo, 58, and Marie Rogers, 59, dead with their throats slit at their ransacked residence. 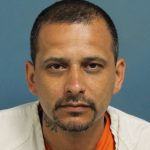 Investigators, with the aid of surveillance video from nearby homes, quickly identified Garcia and Adrian Castillon as suspects. The following day, police arrested Garcia and Castillon on a Visalia bus after witnesses saw them board with bags.

Further investigation revealed that the men spent the night in Hanford and disposed of bloody clothes in a motel dumpster, according to court records.

Reyes is a career criminal and a registered sex offender. He pleaded guilty to the murders in January of this year.

Castillon Gets Life Sentence in 2015

Castillon admitted his role in the murders and was sentenced to life without the possibility of parole in September 2015.

Two women who assisted Reyes and Castillon during and after the murders received lengthy prison sentences.