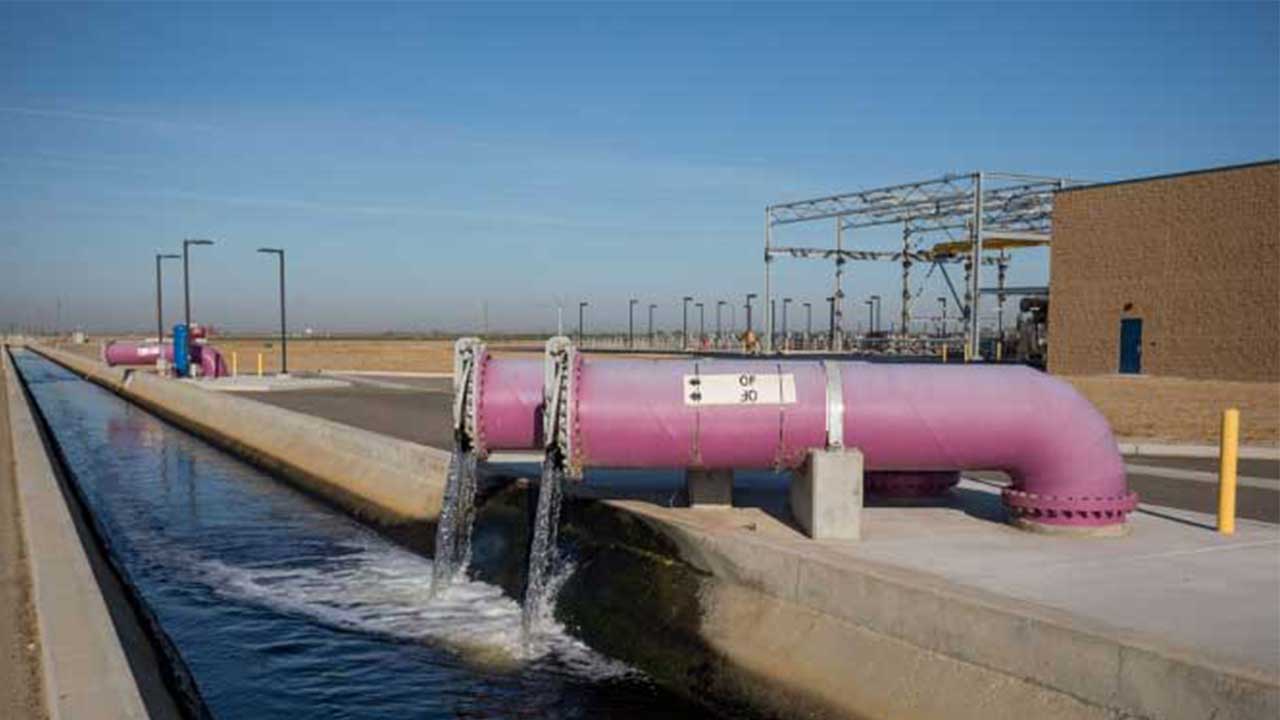 As the drought crisis worsens throughout California, Fresno and Clovis leaders, as well as residents, are answering the challenge.

In addition, they are beginning to investigate “toilet to tap” systems already in use in Orange and San Diego counties. However, local officials emphasize that using toilet-to-tap technology is at least a decade away.

How Are Other Cities in California Using Recycled Water?

The process of using recycled water for humans to drink may become more appealing for many cities across the state as water becomes scarcer.

Fresno isn’t there yet but that could become a possibility in the future, says Fresno’s wastewater reclamation coordinator, Setrag Cherchian.

“Tap is not something that is within the city’s framework right now,” said Cherchian. “As of now, the recycled water program is still fairly new in the city and we’re doing our best to offset the potable use by extending the recycled water pipelines and providing services for all of the urban non-potable uses as much as we can.”

Clovis has had a recycling water program since 2008. It, too, isn’t ruling out a toilet-to-tap water system.

Paul Armendariz, assistant public utilities director for the city of Clovis, says the purple pipeline system created a whole new water supply for the city. But he expects that as California continues to grow, so will the need for more sustainable water systems.

“With tap, we’re not quite there yet, but I don’t want to completely rule it out,” said Armendariz.

In the last five years, Fresno has made considerable advancements in water recycling and has recently completed the final portion of the Southwest recycled water distribution system.

“It’s a fairly new program. We just finished extending the pipelines to downtown,” said Cherchian. “The purple pipeline extends to south and north Fresno as well.”

Once treated, Fresno’s recycled water floats through underground purple pipelines so plumbers can differentiate it from other utility lines.

After the completion of Fresno’s water distribution system, it will generate nearly 6,000 acre-feet of recycled water yearly to offset potable demands.

Fresno’s total expansion is projected to be completed by 2025, in which time, city leaders expect to continue enhancing groundwater management and intentional recharge. Among the tools: increased recycled water and continued water conservation by implementing demand management measures. 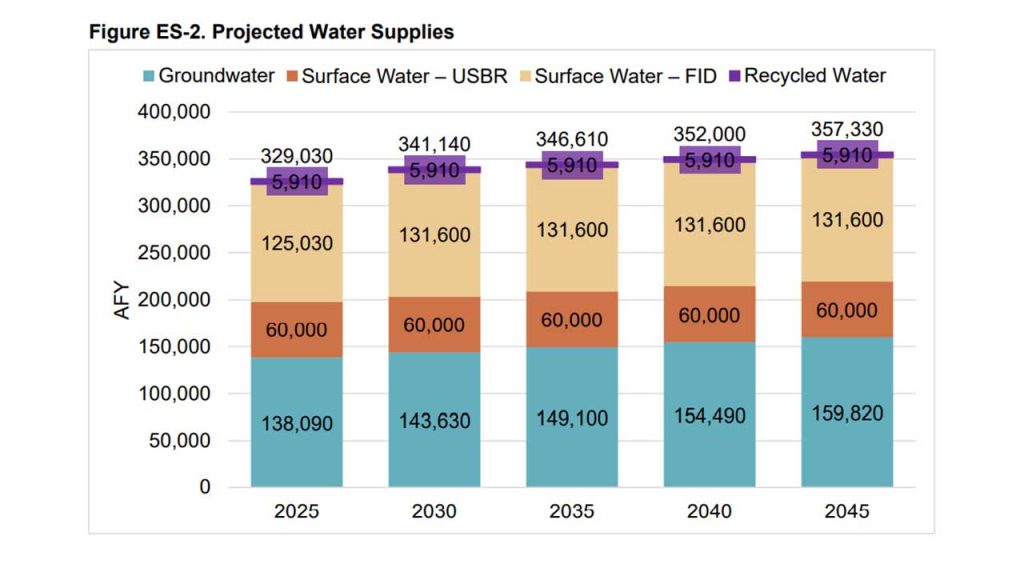 Does Fresno Need to Increase Recycled Water Use?

City officials say that water demand per person has decreased even as Fresno’s population has grown over the past several decades. And, although water demand will eventually grow as the population increases in the next 25 years, the city expects it will grow slowly.

The city is significantly below its 2020 daily per capita water use target of 247 gallons. The current daily average is 198 gallons per person due to conservation efforts implemented by the city over the last 10 years 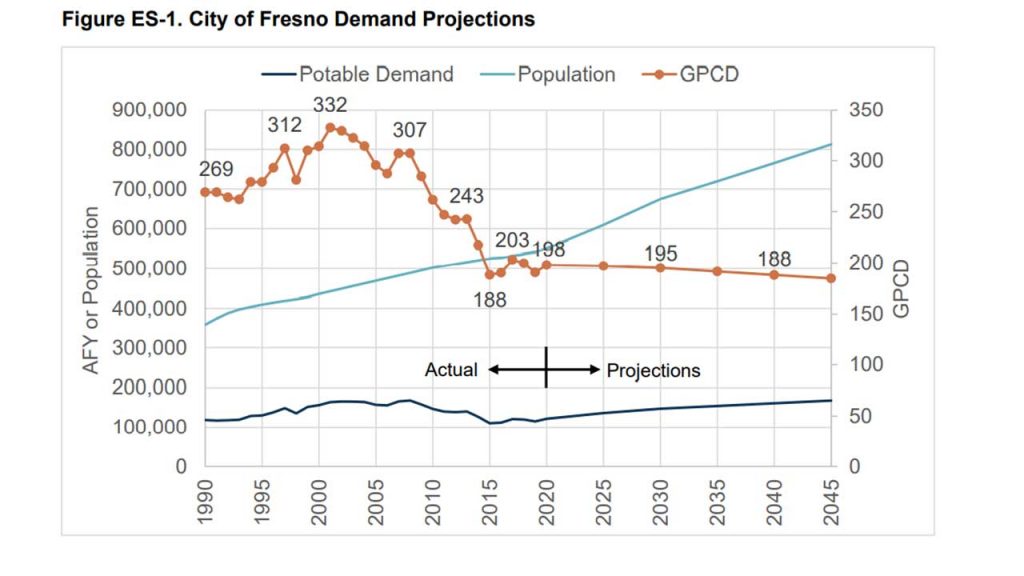 Fresno’s projections for water demand in the next 25 years. (City of Fresno Public Utilities).

Recently, the U.S. Senate approved a bipartisan $1 trillion package that designates $55 billion for water infrastructure systems across the U.S. and another $50 billion to help protect against droughts and floods.

Both bills represent the largest investments in clean drinking water and the resilience of physical and natural systems in American history, said the White House. From rural towns to struggling cities and tribal lands, disadvantaged communities will benefit from this bill.

According to a report by the Los Angeles Times, $1 billion will go to water recycling systems in California and another $1 billion for water and groundwater storage projects in the state.