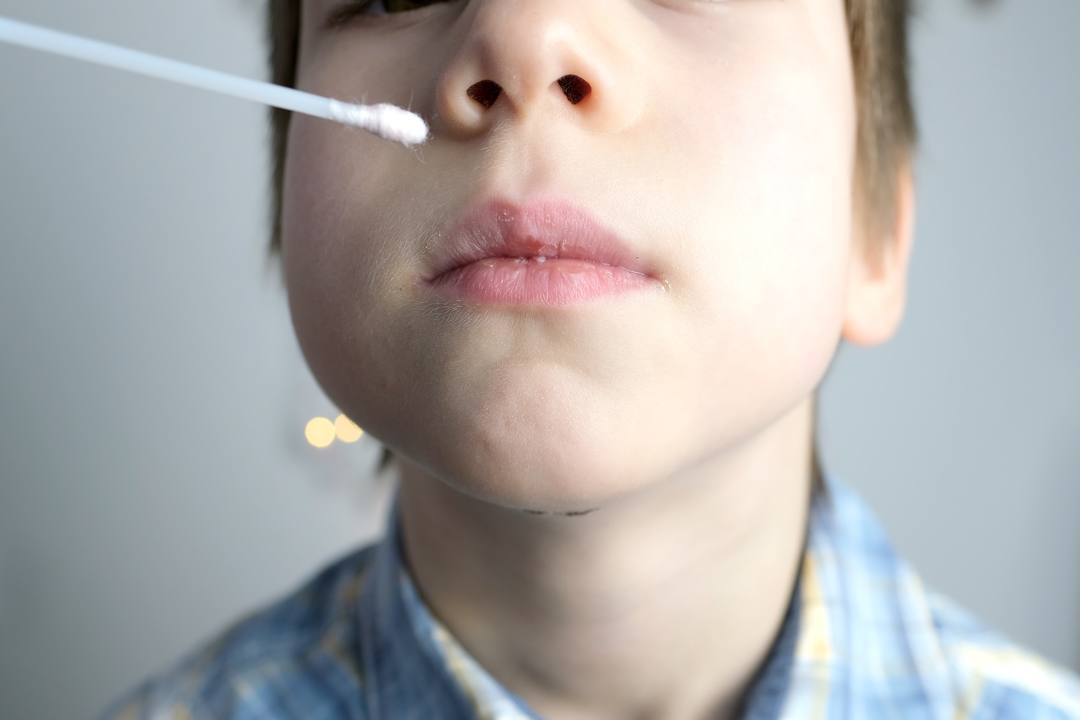 But on Monday, the first full day of classes for Fresno Unified students, Perry got a phone call from the school saying her daughter had to stay home for 10 days because she had been identified as a close contact of someone who tested positive for COVID-19.

Perry said she questioned why her daughter would have to quarantine at home since the policies publicized on the Fresno Unified website say that children who are masked, do not show symptoms of COVID-19, and have a negative test for the virus may remain at the school. 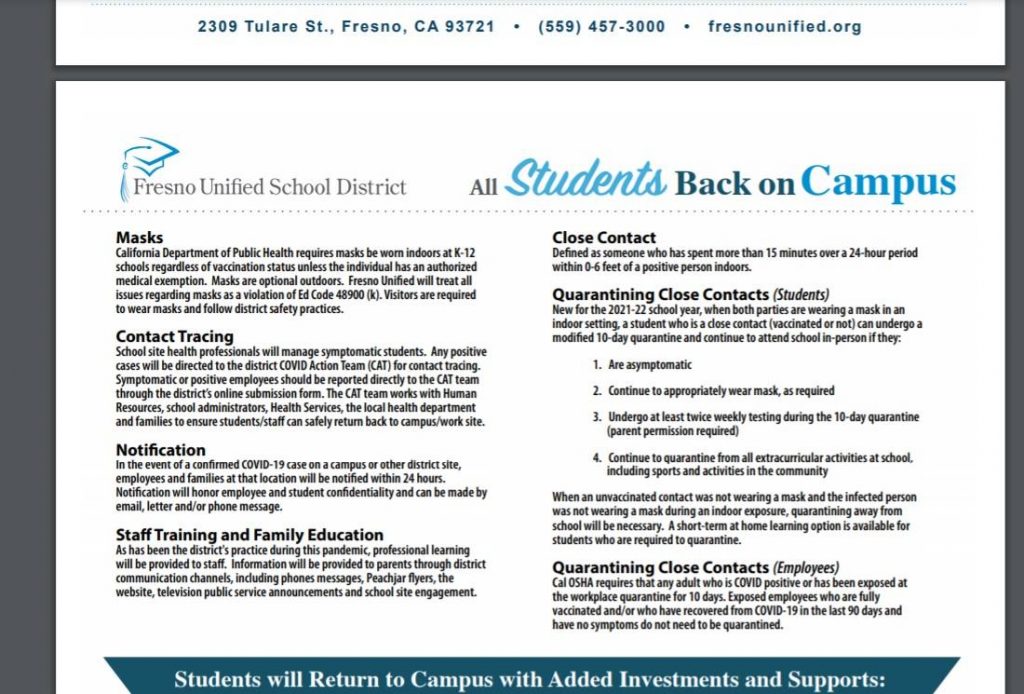 A screenshot of Fresno Unified’s back-to-school website with the student quarantine information.

She told GV Wire that she learned late Monday that the district, which has received tens of millions of dollars in federal and state money to reopen schools safely, was still waiting for the Fresno County Department of Public Health to approve the modified quarantine procedure for students. She said she also was told that the at-school quarantine would not be applied retroactively for Perry’s daughter and other students across the district who have been sent home because of close contacts.

“We are trying our best as parents to cooperate with the school district. I understand that this is a huge undertaking for Fresno Unified. It’s the third-largest district in California. There’s a lot of kids, there’s a lot of parents. There’s a lot of things happening and a lot of wheels and, you know, a lot of cogs in them in motion,” she said. “But for them to have any school site not prepared on the first day of school to follow the policies that they’ve communicated to parents and to not have the transparency to communicate to us that they’re not ready is just inexcusable and unacceptable.”

District spokeswoman Amy Idsvoog said the district on Tuesday morning received approval from the county public health department to begin the testing program, and the district will be notifying parents later Tuesday.

Why weren’t parents notified that the program was not yet in effect by the start of the school year, even though it had been publicized in emails to parents as early as July 31? “We’ve been focusing on trying to get staff trained, so there was a gap,” Idsvoog said.

District officials hadn’t expected so many close contacts so early in the school year, she said. Over the weekend and on Monday, the district had to close 10 elementary school classrooms because of close contacts, Idsvoog said.

The district’s athletic departments, which have been COVID testing student-athletes since last spring, participated in the school staff training, she said.

The state provided the new modified quarantine guideline in late July, which allows students who have been masked when they had a close contact to remain in school if they remain masked, show no signs of illness from the coronavirus, and are tested twice in 10 days.

Fresno Unified school staff were being trained last week and provided testing supplies — the antigen test, also known as the rapid test, involves a self-swab by students — and the district didn’t submit its final plan to the health department until Monday, Idsvoog said.

The antigen test detects protein fragments specific to the coronavirus.

But Perry said that Malloch’s principal told her that the school still lacked COVID-19 testing supplies, even though they were trained.

Fresno Unified is purchasing the antigen tests through the county health department, “and we’ve already placed our next order,” she said.

Related Topics:COVID-19FeaturedFresno Unified
Up Next