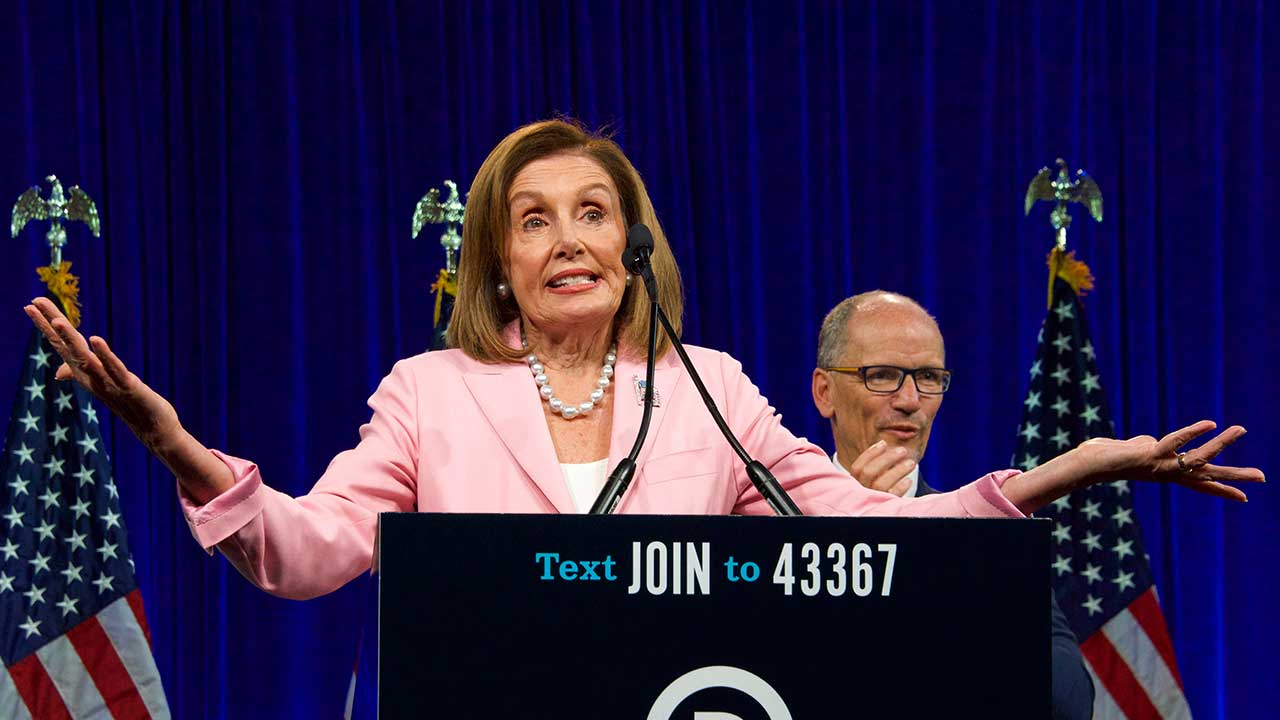 Nine moderate House Democrats, including Jim Costa of Fresno, are creating a big headache for Speaker Nancy Pelosi and her $3.5 trillion budget plan.

The nine lawmakers sent a letter to Pelosi threatening to withhold their votes on the massive spending bill unless the Speaker first holds a separate vote on the Senate-approved $1 trillion infrastructure bill.

“It’s time to get shovels in the ground and people to work,” the nine lawmakers stated in their letter to Pelosi. “We will not consider voting for a budget resolution until the bipartisan Infrastructure Investment and Jobs Act passes the House and is signed into law.”

In addition to Costa, Reps. JFilemon Vela, Henry Cuellar, and Vicente Gonzalez of Texas, as well as Ed Case of Hawaii, Jared Golden of Maine, Carolyn Bourdeaux of Georgia, and Kurt Schrader of Oregon signed the letter.

Since Democrats control the House, they can proceed without the danger of a Republican filibuster in the Senate. However, Pelosi can only afford to lose three Democratic votes and, with the opposition of nine Democratic Congress members, things could turn ugly.

Pelosi is playing hardball and remains adamant that this bill must pass, and will only push for a two-bill solution.

In their letter, the nine Democrats emphasized that the American people cannot afford to wait any longer. They cited the efforts of legislators of both parties to come together and help pass the bipartisan bill.

“With the livelihoods of hardworking American families at stake, we simply can’t afford months of unnecessary delays and risk squandering this once-in-a-century, bipartisan infrastructure package,” said the opposing House Dems.

What’s in it For California?

With forest fires being among one of the greatest concerns in California and other western states, the package proposes $135 billion in combating forest fires, reducing carbon emissions, and addressing drought concerns, while $198 billion would go to clean energy development.

Another $107 billion would go to immigration reform by addressing a pathway to “lawful permanent status for qualified immigrants,” a subject of major concern for California’s 2.2 million undocumented population.

Finally, $332 billion would invest in public housing, and housing affordability, as well as equity and community land trusts, an appealing benefit for the state because it is one of the most expensive and unaffordable places to live in the country.

House Majority Leader Steny Hoyer says that the House will make a prompt return from its summer recess, on Aug. 23, to vote on the budget and other legislation.