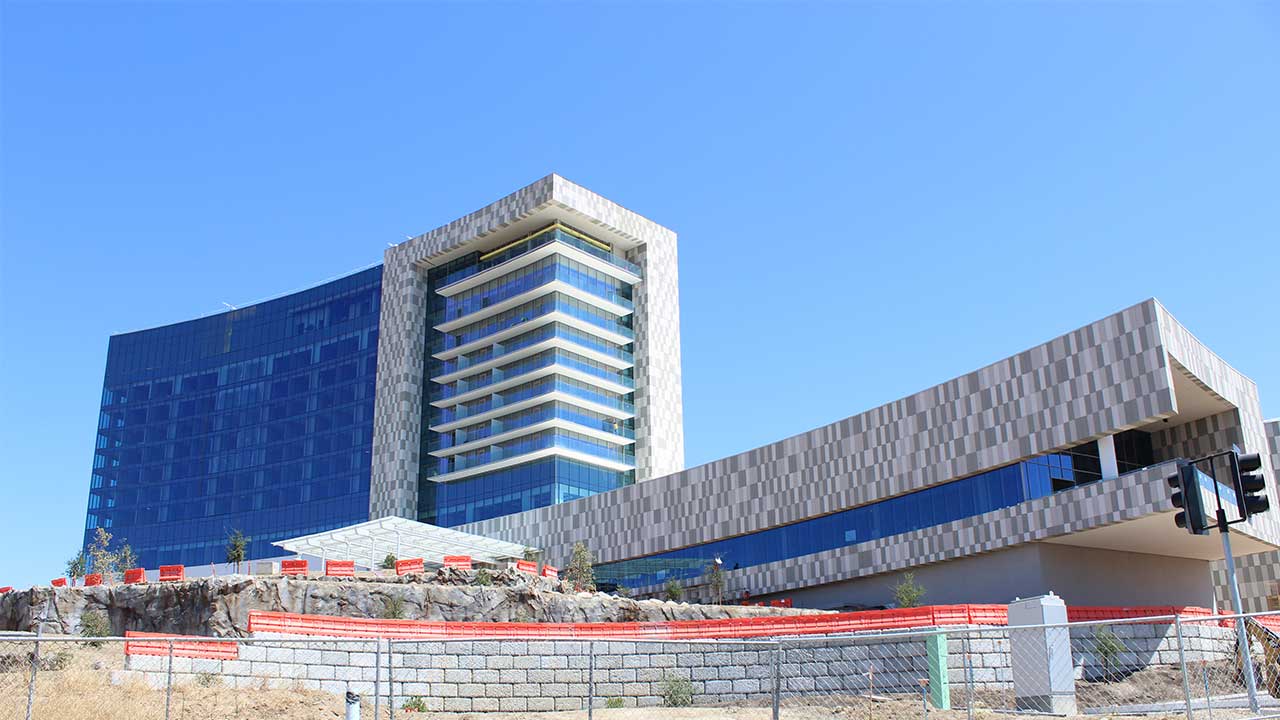 Work appears nearly complete on a new and larger Indian gaming casino complex less than 1,000 feet from the current Table Mountain site in the Fresno County foothills near Millerton Lake.

Construction began on the project to replace the existing casino in 2019.

Plans promised a 110,000 square-foot casino floor that will add more than 600 new gaming machines, expanded restaurant space, a 1,500-seat special event center, gift shop and childcare facility. Parking is expected to be expanded by 1,000 spaces in addition to the casino’s existing 5-story garage.

The modern and sweeping design features a glass fronted hotel tower with 14 levels and 150 guest rooms — a first at the Table Mountain property which began casino operations in 1987. 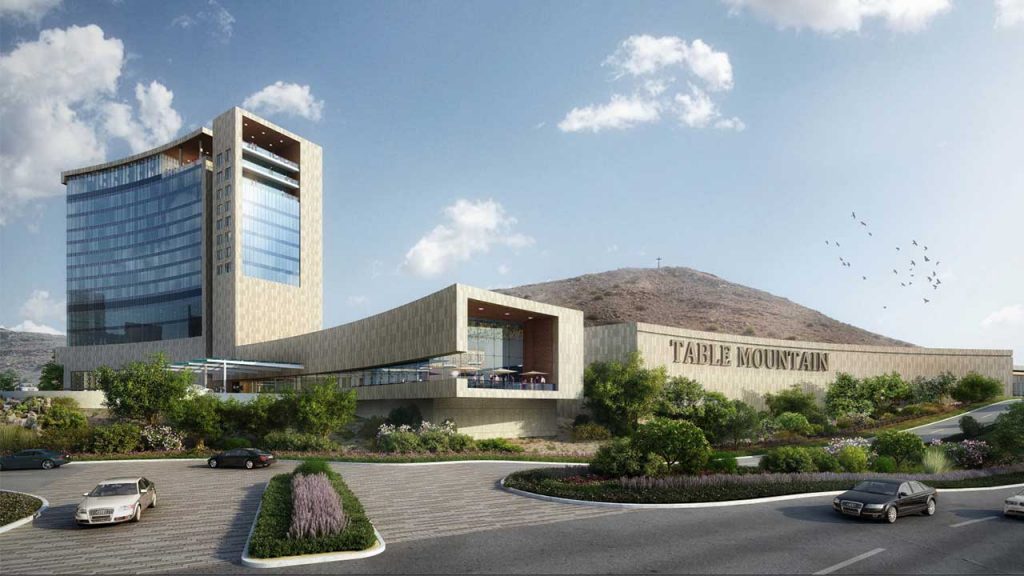 “We want to build a facility that will sustain us for generations to come,” said Dan Casas, the tribe’s legal counsel, in 2018.

The project is slated for completion this year, based on original estimates, but Table Mountain Rancheria leaders are being tight-lipped about a planned opening date.

Tribal leaders declined to answer questions from GV Wire about the status of the new complex.

Required roadwork and traffic signals leading into the new casino remain unfinished, according to Fresno County officials. Sonja Dosti, the county’s public information officer, said those upgrades should be completed by November.

The current casino that now sits right next to the new casino will have its old facilities of 72,000 square footage converted into tribal governmental uses such as administrative offices or tribal services.

Officials estimated in 2018 that the new facilities would add a thousand jobs, increasing employment at Table Mountain to almost 1,454 positions.

The casino at the Table Mountain Rancheria is operated by the Monache tribe and Chukchansi band of Yokuts.

Inside the Weidert Parole Hearing. How a Fresno Murderer Gained His Freedom.