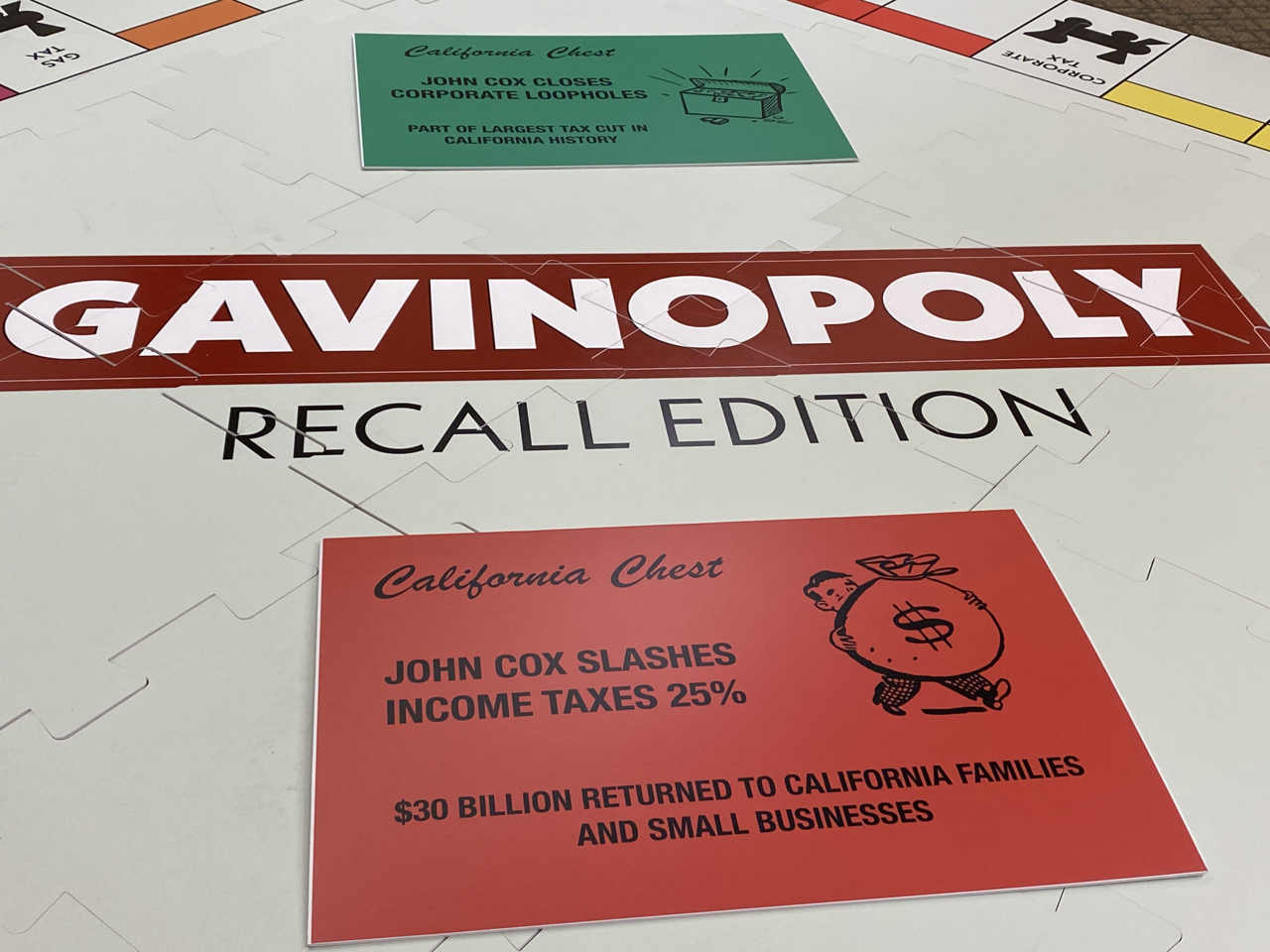 Candidate for governor John Cox campaigned in Fresno on Friday with this "Gavinopoly" board. (GV Wire/David Taub)
Share with friends

John Cox brought his recall game back to Fresno on Friday, this time in the form a large “Gavinopoly” board based on a Monopoly theme.

“We have the highest cost of living represented by the housing crisis, for one thing. But we’ve also got utility bills, water bills, electric bills when there’s even electric available,” Cox said.

The board contained slots like “High Speed Rail to Nowhere,” and “John Cox Slashes Income Taxes 25%.” Spaces for properties were left blank.

Cox is one of the more well-known candidates running to replace Newsom in the Sept. 14 recall election. This was the San Diego County businessman’s third trip to Fresno since he started campaigning. His prior visit included an eight-foot garbage ball. Cox did not bring a live bear during his Fresno County stop as he did other cities earlier this year. 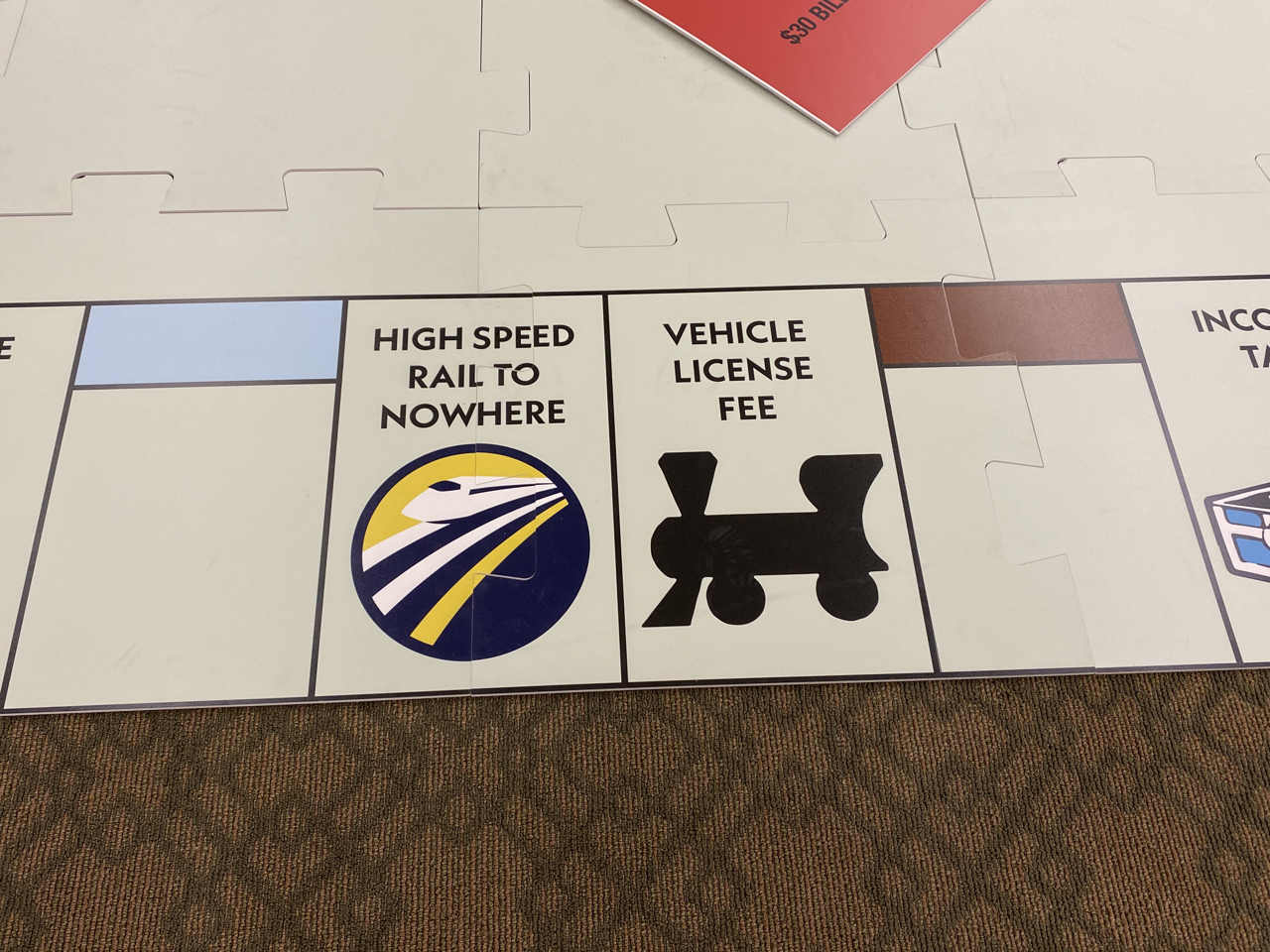 Tax Cuts “Across the Board”

Cox said as governor he would cut cut tax rates across the board by 25%.

“We are announcing the largest tax decrease in the history of California, $30 billion. It’s going back into the pockets of Californians to spend, to save, to raise their children and to save for their retirement,” Cox said.

He would also end tax credits, specifically citing Netflix and the movie industry.

“There’s a whole lot of other loopholes that are built into the tax system in California, mostly designed to help cronies and interest groups,” Cox said.

Cox hopes to build enthusiasm and awareness for the recall by starting a seven-figure media advertisement campaign next week.

“We’re going to get people interested… this is getting noticed along with the trash ball and the in the bear… that’s get in the interest of the average voter,” Cox said. “I think people are waking up to the fact that they need to change the management.”

CalMatters reported that Cox has raised nearly $9.6 million for the recall. All but about $1 million is self-funded. 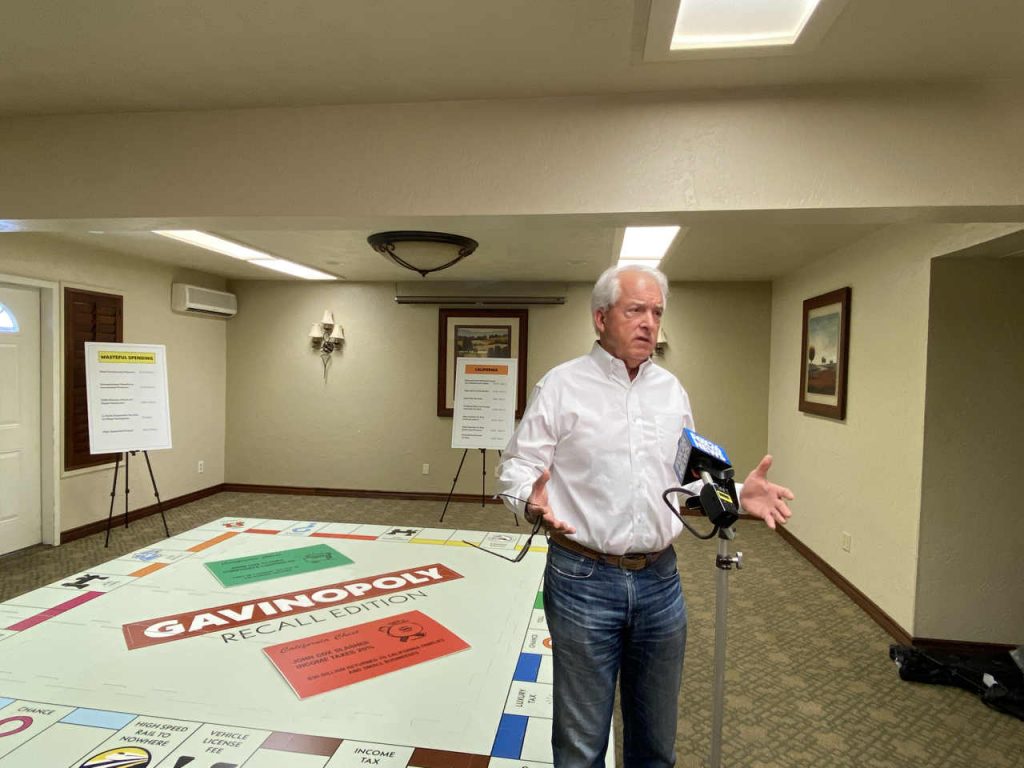