Majority of NY Assembly Would Oust Cuomo if He Doesn't Quit 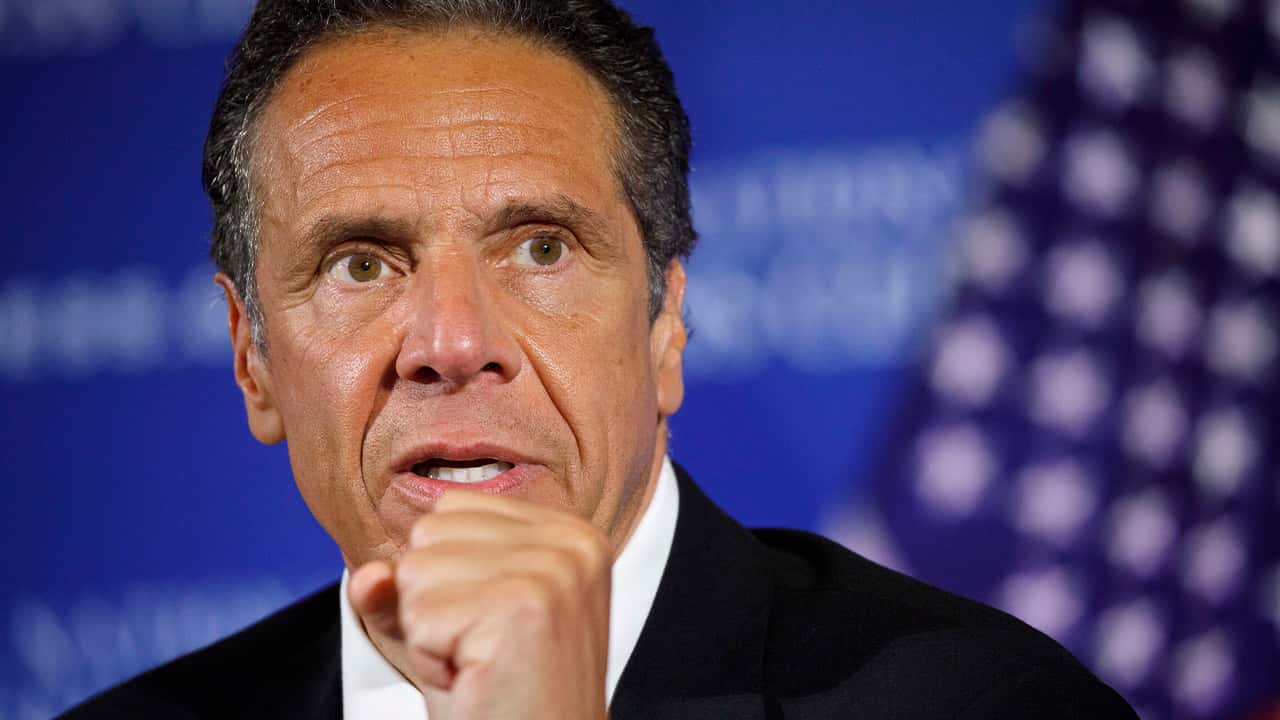 ALBANY, N.Y. — A majority of state Assembly members support beginning impeachment proceedings against Gov. Andrew Cuomo if he doesn’t resign over investigative findings that he sexually harassed at least 11 women, according to an Associated Press count Wednesday.

At least 86 of the body’s 150 members have said publicly or told The AP that they favored initiating the process of ousting the third-term Democratic governor if he doesn’t quit. It takes a simple majority to authorize an impeachment trial.

The tally reflects a governor plunged into a political deep freeze — a Democratic scion who has now lost most, if not all, of his allies in the party establishment, just a year after basking in national attention as a blunt-but-relatable voice of fighting the coronavirus.

Cuomo denies making any inappropriate sexual advances and insists the findings don’t reflect the facts. But while political pressure is growing, so is the potential for criminal charges against Cuomo.

Biden and Other Democrats Call For Cuomo’s Resignation

District attorneys in Manhattan, suburban Westchester and Nassau counties and the state capital of Albany said they asked for investigative materials from the inquiry, overseen by Democratic state Attorney General Letitia James. The inquiry found that Cuomo — a former state AG himself — violated civil laws against sexual harassment, and it left the door open for local prosecutors to bring cases.

After James released her report Tuesday, Democrats from the statehouse to the White House called for Cuomo to go. President Joe Biden said the governor should resign, though press secretary Jen Psaki wouldn’t say Wednesday whether Biden wanted to see Cuomo removed from office.

“The president believes Governor Cuomo should do the right thing, resign, and leave space for future leadership in New York,” Psaki said.

One of the governor’s closest allies, New York Democratic Party chairperson Jay Jacobs, declared that Cuomo “has lost his ability to govern, both practically and morally.” Jacobs told Spectrum News he had tried privately to persuade Cuomo to resign but “wasn’t making headway.”

Cuomo showed no signs of heeding such messages. He said some episodes described in the report never happened, others were misconstrued or mischaracterized and the whole exercise was tainted.

“Politics and bias are interwoven throughout every aspect of this situation,” he said Tuesday in a recorded video response.

Assembly Democrats, who lead the chamber, debated virtually for hours Tuesday about whether to impeach the governor now, wait to see whether he resigns, or give the Judiciary Committee time to wrap up its wide-ranging investigation into topics from sexual misconduct to the Cuomo administration’s months-long obfuscation of the total number of nursing home residents who died from COVID-19.

At least 40 Democrats back starting impeachment proceedings if Cuomo doesn’t leave on his own.

As New York became the nation’s deadliest coronavirus hotspot in spring 2020, Cuomo’s daily briefings garnered him fans around the country and an International Emmy Award. Casting himself as a tough-minded yet compassionate leader who steered the state through crisis, the governor even wrote a book about it.

Now, that book itself is among the focuses of investigations into Cuomo, with James examining the role some of his aides played in producing it.

As complaints and investigations accumulated in recent months, Cuomo became an embattled but unabashed figure. He often still touts the state’s handling of the pandemic, despite now-rising infection rates amid a national surge in the more infectious delta variant.

The 150-member Assembly would need 76 votes to impeach Cuomo and send articles of impeachment to the Senate. The Assembly includes 106 Democrats, 43 Republicans and one Independent.

Impeachment Trial Could Happen in Weeks

Heastie said he wants to conclude the Assembly’s investigation as quickly as possible. Judiciary committee members Tom Abinanti and Phil Steck variously estimated the timeframe at weeks or a month.

The two Democrats said that some lawmakers want to vote for impeachment within days, but time is needed to build a strong case for a Senate trial.

If the Assembly votes to impeach, the state Senate could launch an impeachment trial in weeks, Deputy Majority Leader Mike Gianaris told The Associated Press. He said the chamber has been preparing for months.

“We’ll be ready to go if and when the impeachment articles are sent over,” he said. “It could happen very quickly.”

James’ investigation, conducted by two outside lawyers, found that the governor touched or made sexually inappropriate comments to a series of women. Many worked for him, including a state trooper whom Cuomo successfully sought to have assigned to his security detail.

While many of the allegations involve verbal comments, some women alleged that he gave them unwanted kisses or touches. One aide said he reached under her shirt and groped her breast at the governor’s mansion in Albany.

The governor denied Tuesday that he ever inappropriately touched anyone and said that he never intended harm.

Cuomo — a son of three-term Gov. Mario Cuomo — has rebuffed calls to step down and has moved ahead with plans to run for a fourth term in 2022.