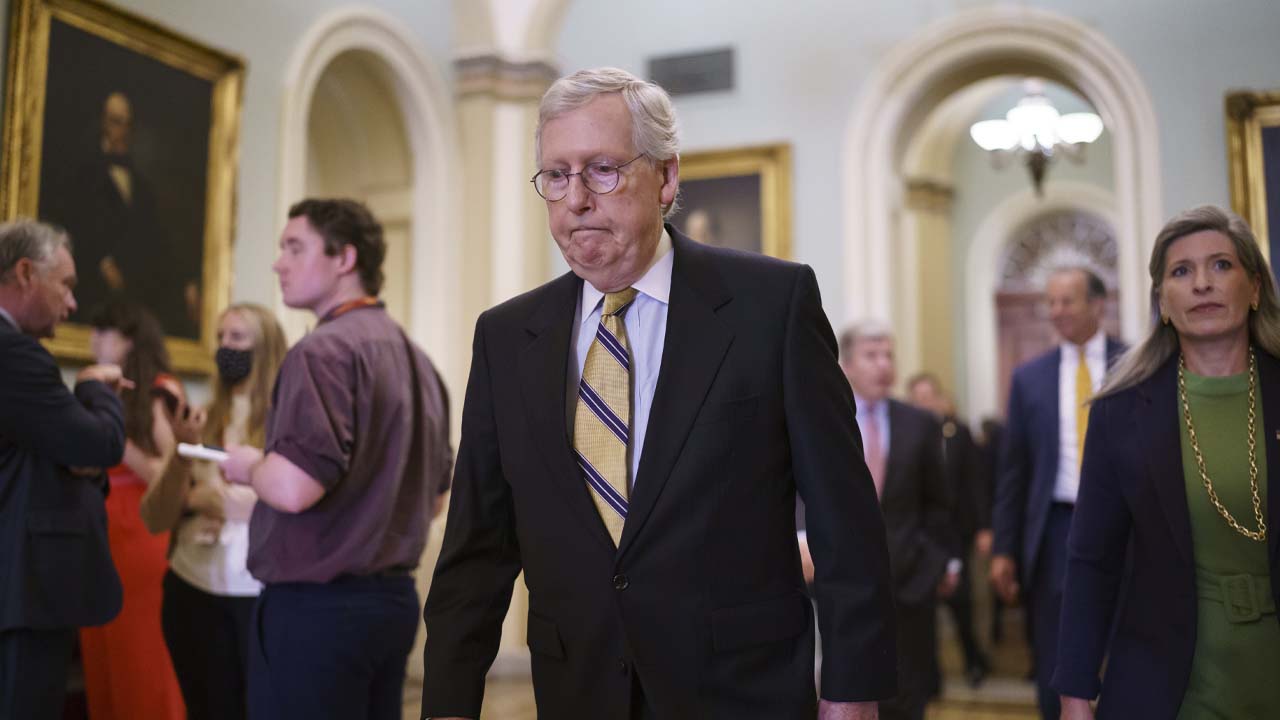 WASHINGTON — The senators who spent months stitching together a nearly $1 trillion infrastructure package are now trying to sell it to the American people before a key vote expected this week that would push a long recognized national priority much closer to the finish line, after years of talk.

Sen. Susan Collins, R-Maine, said Tuesday that the $65 billion for broadband means that some people in her state would get access to the internet for the first time. “The pandemic that we have endured for more than a year laid bare the disparities in access to high-speed internet,” Collins said.

Sen. Lisa Murkowski, R-Alaska, spoke of how the bill would lead to more rural and Native Alaskans having access to a sink to wash their hands in. The bill dedicates about $55 billion in new funding for water and wastewater systems. “We have to do right by our Native people,” she said.

Sen. Bill Cassidy, R-La., noted there is about $16 billion for the U.S. Army Corps of Engineers that would help fund projects designed to curb coastal erosion. “My state has lost as much land as is in the entire state of Delaware. But other states are losing land, too,” he said.

And Sen. Jon Tester, D-Mont., talked about how $110 billion in new funding for roads and bridges would mean access to markets for farms in Montana such as his own. “It is critically important we keep our aging bridges and roads and airports up to snuff,” Tester said.

The lawmakers, part of a group that they like to call the G-10, for gang of 10 — five Republican, five Democratic senators — are appealing to the wishes of many voters for not only better airports, roads and internet service, but also for some bipartisanship in Washington, without being directly asked to pay for those improvements through higher income taxes or user fees.

While it’s looking like the Senate will approve the bill during the coming week, supporters of the legislation will face an array of obstacles advancing the package, a major priority in President Joe Biden’s agenda. Interest groups on both sides of the political spectrum are taking aim at provisions they don’t like, potentially unraveling the agreement.

Some conservatives don’t like that the agreement moves the country further away from relying on user fees, such as the federal gas tax, to pay for highway and transit improvements. Others are wary that the bill sets a course for much more federal spending after the government already provided for nearly $5 trillion dedicated to COVID relief. This week, the Treasury Department warned Congress it was hitting the nation’s debt limit.

“Every single time we add an enormous sum to our national debt, there is bipartisanship behind it,” Sen. Mike Lee, R-Utah, said.

Environmental groups worry that the bill doesn’t do enough to address climate change.

“It is clear that the deal does not meet the moment on climate or justice,″ said Tiernan Sittenfeld, a senior vice president of the League of Conservation Voters.

Senate Works to Amend and Pass the Infrastructure Bill

The pressure from the left underpins House Speaker Nancy Pelosi’s statement that there won’t be a House vote on the bipartisan infrastructure plan until the Senate also passes the $3.5 trillion Democratic bill that boosts spending on health, environment and social programs.

The Senate is plowing through efforts to amend the narrower infrastructure bill, which will require 60 votes to advance for passage. Senate Majority Leader Chuck Schumer is intent on passing the legislation as soon as possible so that the Senate can turn its attention to a budget blueprint that will set the stage for crafting and passing the larger $3.5 trillion package in the fall.

Formally called the Infrastructure Investment and Jobs Act, the proposal has clocked in at some 2,700 pages.

The Senate’s Republican leader, Sen. Mitch McConnell of Kentucky, has sided with those voting to allow debate to proceed, but he has not said how he will ultimately vote. He said Tuesday the bill has a chance to be a “bipartisan success story for the country,” but he is warning Democrats against trying to speed up the amendment process.

“Like a lot of us, I’m interested in what it looks like in the end,” McConnell said. He noted that “the past two administrations tried to do it, were unable to. The American people need it. I think it’s one of those areas where there seems to be broad, bipartisan agreement.”

By evening, the Senate had overwhelmingly approved three noncontroversial amendments, while rejecting three others. As the amendment process continued, senators were weighing how much to try to change the package and how hard to try, knowing it would be difficult to reach the 60-vote threshold to approve any substantial changes.

In addition to the $110 billion in new spending for roads and bridges and $55 billion for water and wastewater infrastructure, the bipartisan package is expected to provide, $39 billion for public transit and $66 billion for rail. There’s also to be billions for airports, ports, broadband internet and electric vehicle charging stations.

Paying for the package has been a challenge after senators rejected ideas to raise revenue from a new gas tax or other streams. Instead, it is being financed from funding sources that might not pass muster with deficit hawks, including repurposing some $205 billion in untapped COVID-19 relief aid, as well as unemployment assistance that was turned back by some states, and relying on projected future economic growth.

The bipartisan bill still faces a rough road in the House, where progressive lawmakers want a more robust package but may have to settle for this one to keep Biden’s infrastructure plans on track.

The outcome with the bipartisan effort will set the stage for the next debate over Biden’s much more ambitious $3.5 trillion package, a strictly partisan pursuit of far-reaching programs and services including child care and health care that touch almost every corner of American life. Republicans strongly oppose that bill, which would require a simple majority for passage. Final votes on that measure are not expected until fall.

Tyson Foods to Require COVID-19 Vaccines for All U.S. Workers

Union Organizing at Amazon Gets New Life After Ruling