Pentagon on Lockdown After Shooting Near Metro Station 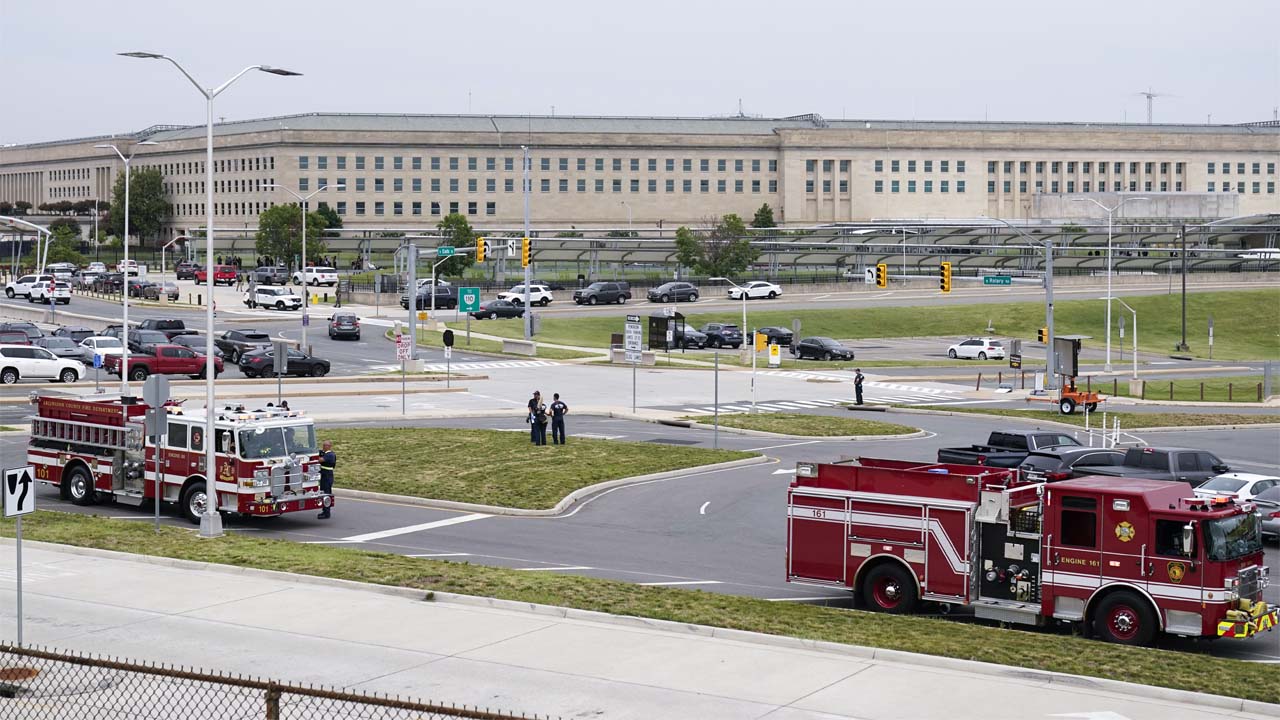 The Pentagon is on lockdown after multiple gunshots were fired by the facility's Metro station. (AP Photo/Andrew Harnik)
Share with friends

WASHINGTON — Gunshots were fired Tuesday morning near the entrance of the Pentagon, resulting in multiple injuries. The facility, the headquarters of the U.S. military, was placed on lockdown.

The Arlington County Fire Department reported “multiple patients,” but it wasn’t immediately clear if they had been shot or the extent of the injuries.

The incident occurred on a Metro bus platform that is part of the Pentagon Transit Center, the Pentagon Protection Force Protection Agency tweeted. The facility is just steps from the Pentagon building, which is in Arlington County, Virginia, just across the Potomac River from Washington, D.C.

An Associated Press reporter near the building heard multiple gunshots, then a pause, then at least one additional shot.

A Pentagon announcement said the facility was on lockdown due to “police activity.” The agency responsible for security at the building, the Pentagon Force Protection Agency, tweeted shortly before noon that the scene of the incident was secure, though there was no announcement that the lockdown had been lifted. The agency said the shooting area was still “an active crime scene.”

Metro subway trains were ordered to bypass the Pentagon due to a police investigation.

US Hits 70% Vaccination Rate — a Month Late, Amid a Surge