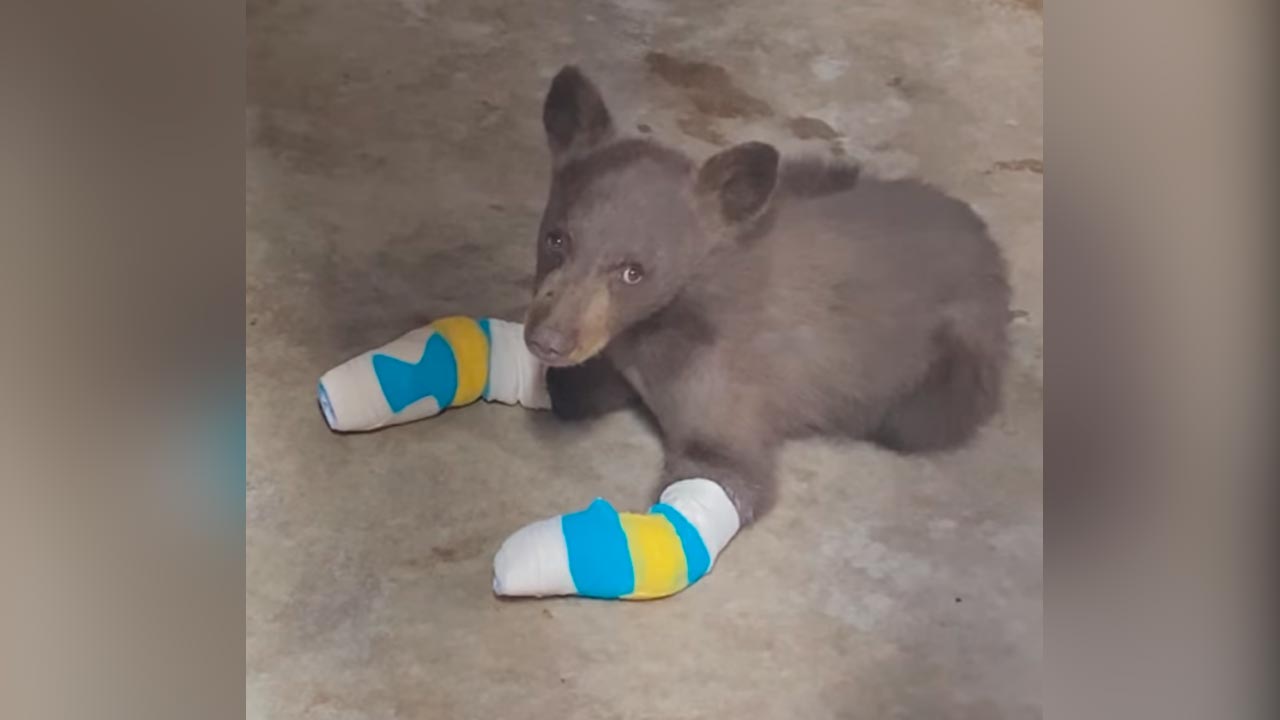 The 6-month-old black bear was nicknamed “Tamarack” after the fire that burned his paws. (Lake Tahoe Wildlife Care)
Share with friends

SOUTH LAKE TAHOE — Wildlife officials at Lake Tahoe are asking for the public’s help in locating a bear cub that escaped from an animal rescue center where he was being treated for burns suffered in a Sierra wildfire.

The 6-month-old black bear — nicknamed “Tamarack” after the fire that burned his paws — escaped his enclosure and managed to tunnel under an electric fence at Lake Tahoe Wildlife Care in South Lake Tahoe, the center said in a statement on Tuesday.

“He is not in imminent danger and is not a threat, but we need to locate him as soon as possible,” the center said.

Center Urging People to Be on the Lookout

The California Department of Fish and Wildlife and local law enforcement are assisting in the search. The center is urging people around South Tahoe to be on the lookout, especially in the areas of the Heavenly Valley ski resort, Black Bart and Sierra Tract neighborhoods.

The 25-pound (11-kilogram) cub might have bandages on his front paws. He likely climbed a tree or is hiding in a small space.

The center said it’s important for people that see him to contact authorities and keep away from the animal because he is scared of humans. It has set up a hotline for tips at 530-577–2273.