Mask Opt Out OK'd for Kids in Clovis Schools 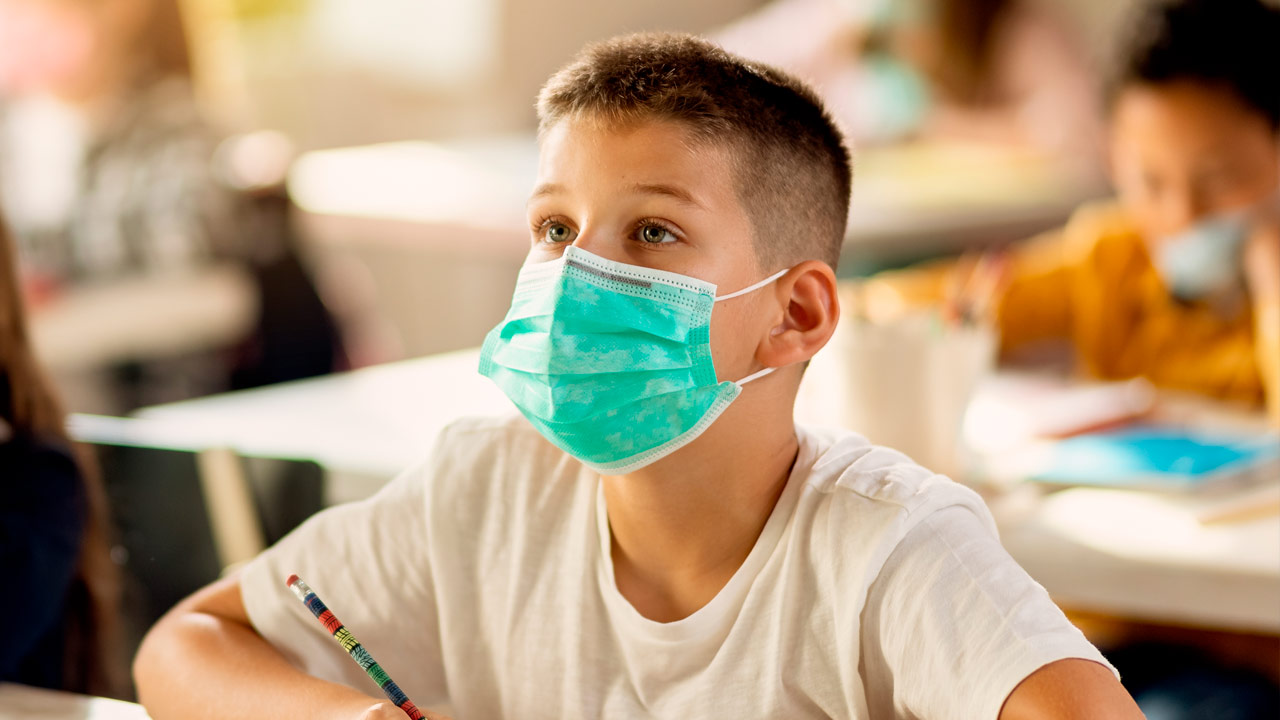 Clovis parents can self-attest that their child has a condition that exempts them from wearing a mask in class. (Shutterstock)
Share with friends

The Clovis Unified School Board voted Thursday night to let parents decide whether their kids should wear face masks while they are inside schools.

Parents will need to file an exemption form by Aug. 6 with the district, self-attesting that their child has a medical or mental health issue, a disability, or difficulty hearing or communicating.

The mental health exemption was added this year. In the past, exemptions were issued after verification by school clinicians or a medical professional, but the district’s new rule now puts that decision in the hands of parents.

Superintendent Eimear O’Farrell cautioned that any change in coronavirus infection rates or other circumstances could require more stringent scrutiny of the exemptions.

One parent said she plans to send her son to school next month without a mask, and she’s not going to seek an exemption for him if it means divulging private information. If that happens, “what are my options?” she asked the board.

O’Farrell said the district will follow the same rules and regulations as when parents don’t provide required documentation proving residency or routine childhood inoculations, and the child would not attend school in person until the paperwork issue is resolved.

If a parent refuses to comply, the options will be independent study or the Clovis Online School, she said.

Parents came out in force at last week’s School Board meeting and then again Thursday, asking the board to make mask use a choice, not a mandate.

The special meeting was scheduled for Thursday so the district could have enough time to communicate the changes to parents and staff.

Federal, state, and county health officials maintain that face masks help slow the spread of the coronavirus, which continues to rage in Fresno County, primarily among people who are unvaccinated but also in breakthrough cases involving vaccinated people. Since students will be back in classes with no social distancing, public health officials contend masks are the last line of defense.

Board president Steven Fogg said he hopes that parents would fill out exemptions only if mask use would interfere with their children’s education.

A last-minute amendment introduced by Trustee David DeFrank removed a requirement for less restrictive face coverings such as a face shield with a drape at the bottom if students can’t wear face masks. Trading one face covering for another would not give parents the choice of no mask at all, he said.

The less restrictive face covering was recommended in the California Department of Public Health school guidance.

Students who don’t wear face masks and have close contact with someone who tests positive for COVID-19 will be required to quarantine and stay away from school for seven days if they test negative after five days, or two weeks if they are untested. Students with masks who are similarly exposed will not need to quarantine. Close contact is defined as being within six feet of an infected person for 15 minutes or more cumulatively over a 24-hour period.

Earlier in the meeting, the School Board considered a resolution advocating for local control when making decisions that affect students instead of needing to follow the direction of state or federal agencies. DeFrank, who also introduced that resolution, said that bureaucracies far from Clovis don’t know better than parents what’s best for their kids.

Parents and students, by contrast, said they supported the resolution if it would give the School Board the responsibility to make the best decisions for students. Like the mask exemption process, the local control resolution passed unanimously.

Fogg started off the meeting with a civility warning to the audience, noting that the last board meeting turned rowdy, with audience members heckling and interrupting some speakers and expressing their opinions from their seats loudly. He advised them to follow the lead of students by being respectful to each other.

Deputy Superintendent Norm Anderson, who watched last week’s meeting from a hotel room, said it did not represent the civility and respect that Clovis Unified adults are supposed to model for kids, some of whom were disparaged during the meeting. His comments were later criticized by one speaker who said they were unnecessary since Fogg had already made similar comments.

That prompted Superintendent Eimear O’Farrell at the close of the meeting to say that she supported Anderson’s comments. She said she was startled by the derision and anger directed toward school staff, including clerical workers who were reduced to tears when they were criticized by how they arranged the order of the public speakers at the meeting.

“There were a lot of people on my team who were so upset after last week’s board meeting, and I want to tell you why they were upset,” she said. “They were really upset because our kids were upset, because we hurt our kids.”