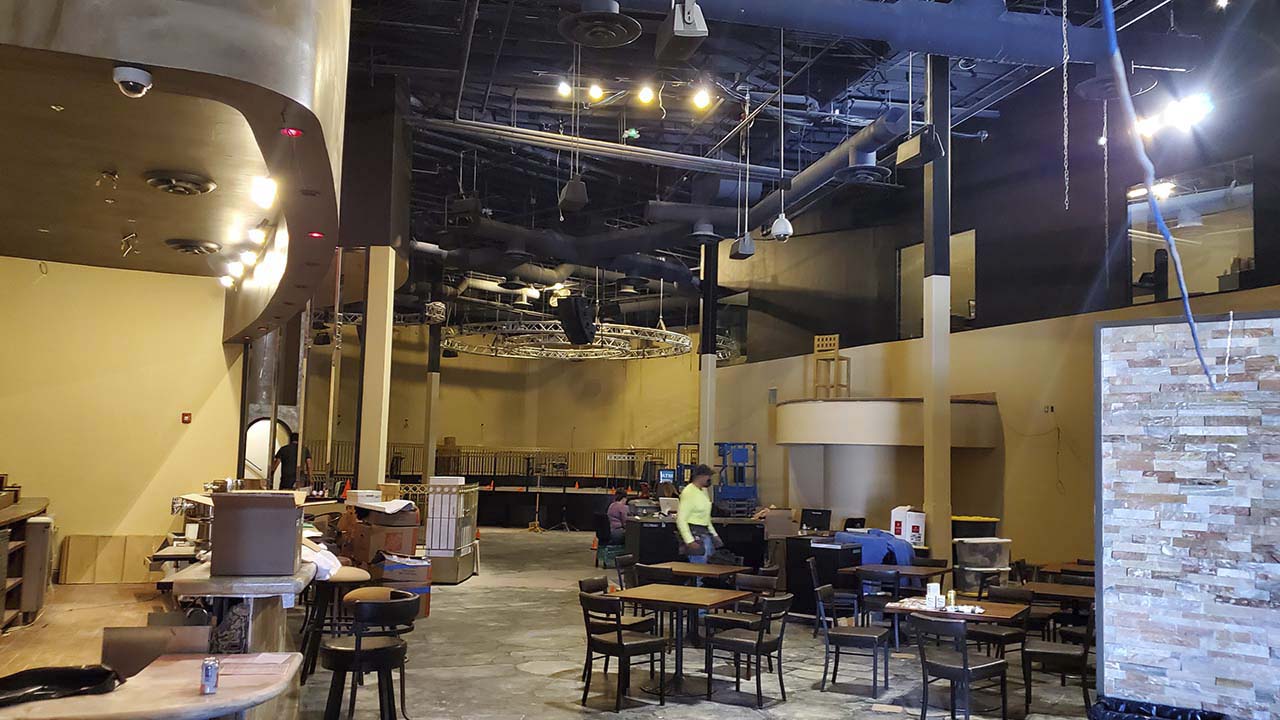 Card dealers, security guards and animal rights advocates all lined up to speak in support of Club One Casino moving from its downtown location to Granite Park.

“We just want to get back to work,” was the constant refrain. Dozens upon dozens of former Club One workers, laid off because of the pandemic when the casino closed in March 2020, urged the Fresno City Council to approve the permits needed for the casino to move.

Club One president Kyle Kirkland said his casino could reopen in weeks with the approval. He already started work renovating the empty buildings that once housed Sammy Hagar’s Cabo Wabo night club.

The Fresno City Council seemed generally receptive to the move. Then, Tyler Maxwell — the District 4 councilman who represents the Granite Park neighborhood — pumped the brakes.

He praised Club One, even joking about their vegetarian sandwich. But, then he delivered the bad news.

“I do want to express to you the one cardinal sin that was committed, Mr. Kirkland, and that was the lack of outreach to the community around Granite Park Sports Complex. I think I told you that’s probably my top concern,” Maxwell said.

Maxwell said he would not reject the project, which was met to loud applause, but would delay the matter until Kirkland engaged in more public outreach.

Kirkland was not quite sure how to respond. He admitted he did not hold a community meeting, but felt his recent media blitz (including giving GV Wire a tour) was sufficient. He also said he reached out to nearby businesses and churches. A delay, Kirkland said, would cost the cardroom money.

Councilman Garry Bredefeld was livid. “This is not right. Just because you (Maxwell) have the power and up here and do this, doesn’t make it okay… This is bullsh** and wrong,” an angry Bredefeld said.

Maxwell responded by calling out Bredefeld for his no votes on marijuana policy, and his objections to the 2019 Grizzly Fest music event at Woodward Park.

The council voted 5-1, with Bredefeld voting no, to delay a decision until Aug. 19 and presumably take a vote if Club One holds its community meeting. Councilwoman Esmeralda Soria recused herself because her fiancé, Terance Frazier, operates the adjacent Granite Park recreation facility on behalf of the city.

To Mandate Vaccines or Not?

The issue emerged during councilmember comments, thus nothing was official in determining policy.

“The vaccine rate of city employees, extremely low, quite frankly in my view, is disgusting when only a quarter of your employees that are essential to the running of the city have been vaccinated,” Councilman Miguel Arias said.

“I’m hoping that the city staff and the mayor figure out a way to work that. If not, this council will have no other option but to consider mandated vaccines as part of the employment and returning to work in this building.” Arias based his information on the number vaccine stickers issued by human resources.

Mayor Jerry Dyer said masks are required for employees who cannot show proof of vaccination. A meeting with county health officials is coming, he said.

Council Vice President Nelson Esparza called for an emergency closed session meeting that took place later in the day. However, no official policy was voted upon.

The City Council received another update on redistricting efforts from its hired consultant, Jeff Tilton of National Demographics Corporation. And like before, the same critics who loudly complained about the use of NDC were quiet.

Earlier this month, a group called the  Fresno Redistricting Coalition, representing six local civic organizations, questioned the credentials of NDC and said the firm would be put on notice.

But, when it came time for the public to speak at Thursday’s hearings, crickets.

Tilton said preliminary census data is expected to be available next month. He urged the first round of public and professional map proposals to be submitted by October 21. The city council should hold a draft map hearing on Nov. 4, followed by a second-round of maps and hearings.

A planned final adoption vote for district maps is Dec. 9. By law, maps must be approved by Dec. 15.