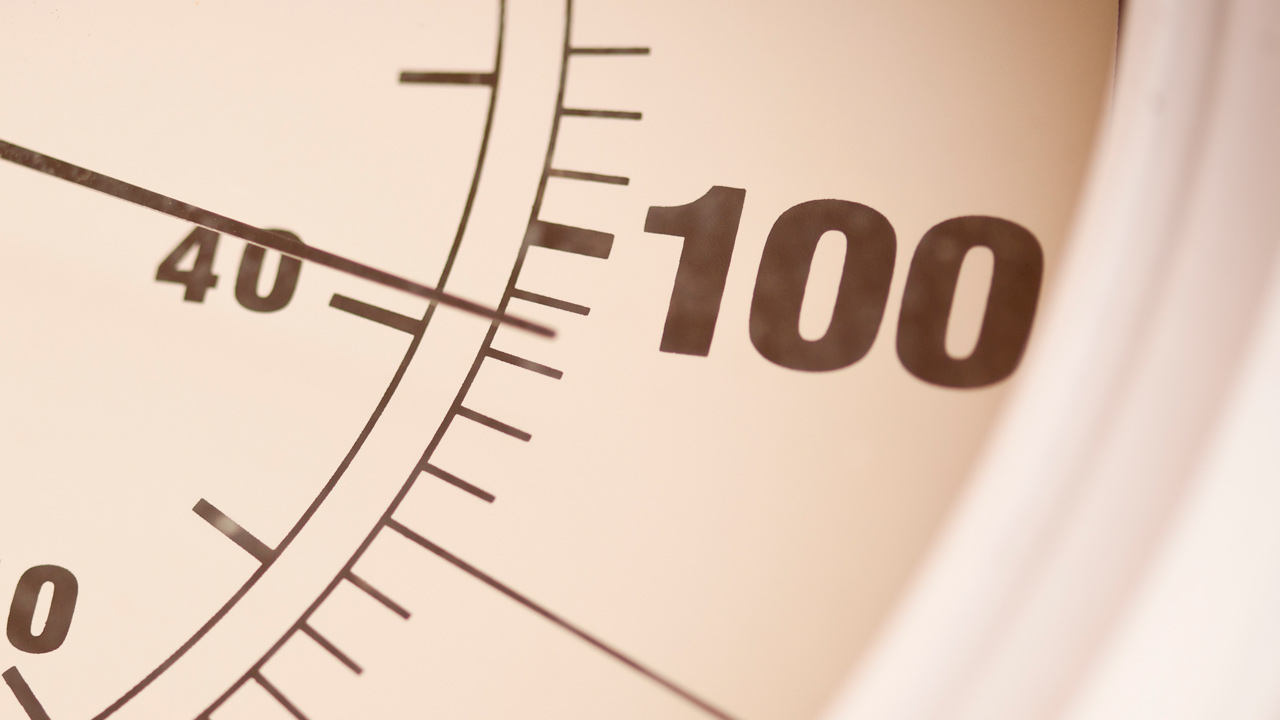 The Fresno area is inching closer to breaking its all-time record of 63 days of triple-digit temperatures. (Shutterstock)
Share with friends

It may not come as a surprise to those of us who haven’t been able to escape Fresno this summer that we may be on track to set a new annual record for triple-digit temperature days.

As of Wednesday, the region already had logged 39 days of scorching weather, three more than the entire annual average of 36 days.

Sad fact: We haven’t been below 80 degrees since June 10, when the high reached 79 and the nighttime low was a snuggly-under-the-covers 53 degrees. Mother Nature’s air-conditioning, as it were.

But since then we’ve had to crank up the AC to battle the brutal heat as we inch closer to the all-time record of 63 days of triple-digit temperatures that was set in 1984. That year Fresno also withered under a 20-day stretch of triple-digit temps.

Thus far this year, the hottest weather has lasted no more than 10 straight days before briefly dipping below the century mark and then climbing back up. For the most part, however, the mercury keeps landing above 100 degrees, not below it.

It wasn’t even officially summer yet when Fresno had its first triple-digit day this year. On May 31 — nearly three weeks before the summer solstice — the mercury climbed to 101, nine degrees shy of the all-time record of 110 degrees set in 1910.

We’ve already had one record-setter so far this summer: On July 11 the temperature soared to 114, shattering the previous record of 110 degrees that was set in 1961. It was also the second-highest temperature ever recorded in Fresno, which happened six times previously starting on July 1, 1891. 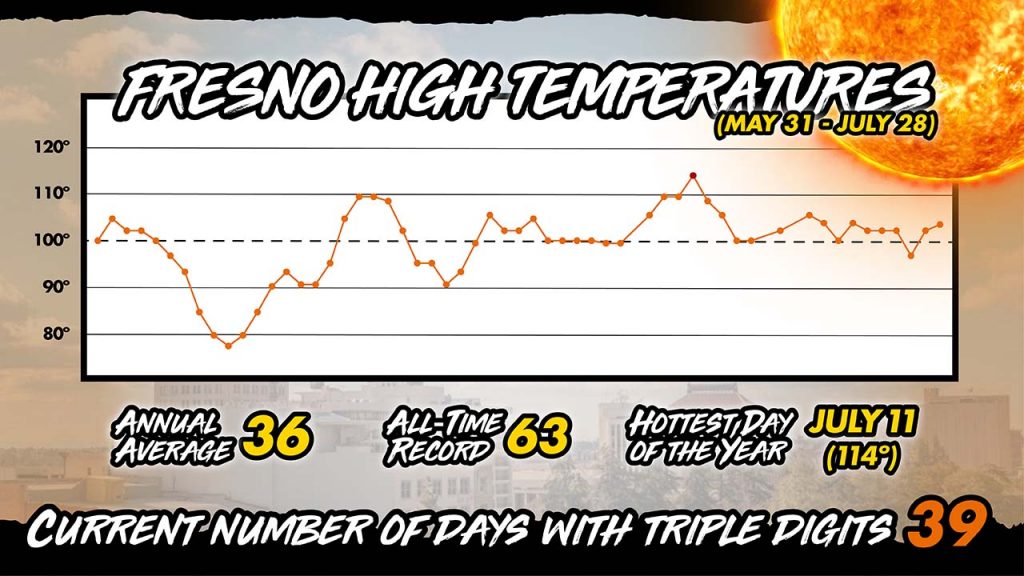 Will we set a new all-time record for the number of triple-digit days this year? (Show of hands, is this a record we even want to break?) The old mark could well be in jeopardy.

The National Weather Service is forecasting Thursday and Friday will be above 100 degrees. And then we still have the entire month of August, and maybe even part of September, to contend with. Last year there were 18 triple-digit days in August and four in September, according to weather service records.

So until we can reach the relative bliss that is October, think cool thoughts, drink plenty of water, and don’t be like the mad dogs and Englishmen who go out in the midday sun.