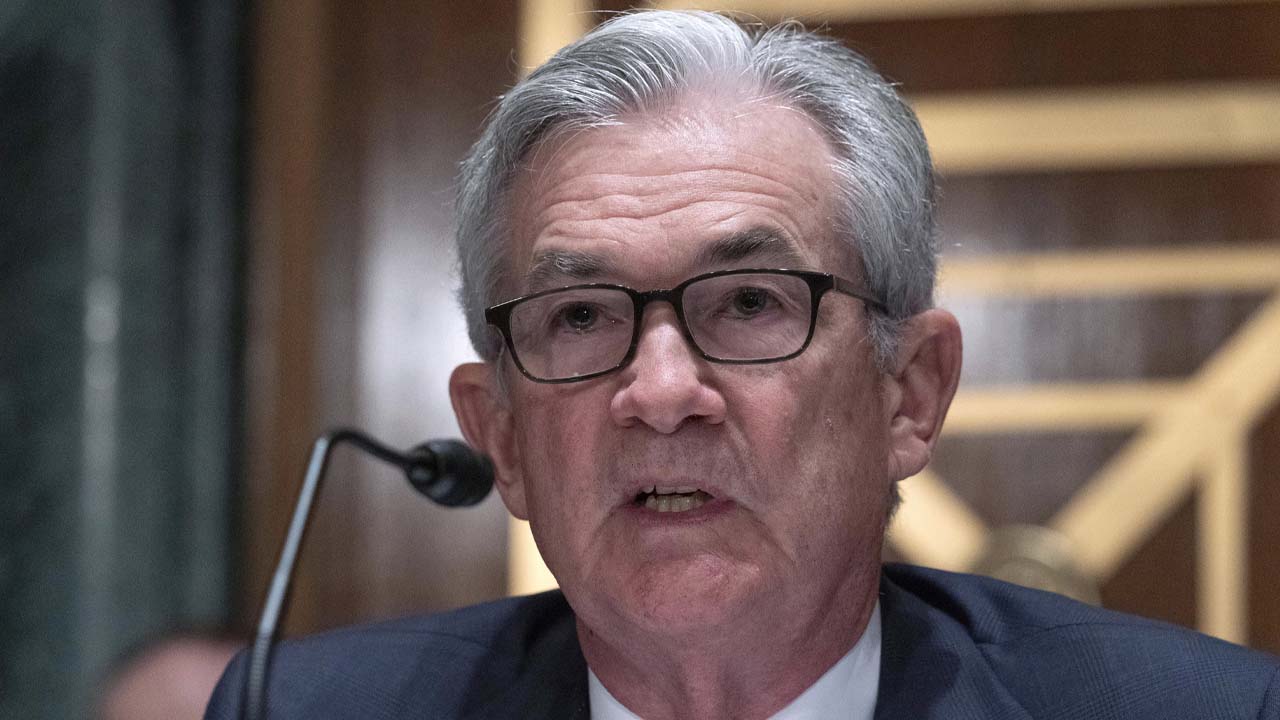 WASHINGTON — The Federal Reserve said Wednesday that the U.S. economy is strengthening and making progress on the Fed’s employment and inflation goals, a small step toward dialing back its ultra-low-interest rate policies, perhaps later this year.

The statement the Fed issued after its latest policy meeting said that ongoing vaccinations were helping to support the economy. But it dropped a sentence it had included after its previous meeting that said those vaccinations have reduced the spread of COVID-19. That was the only reference in the latest statement to the delta variant, which has triggered a spike in COVID cases in several hotspots in the United States and many other countries.

But at a news conference Wednesday, Chair Jerome Powell suggested that the Fed, at least for now, sees no cause for alarm from the delta variant:

“What we’ve seen is with successive waves of COVID over the past year and some months now, there has tended to be less in the a way of economic implications from each wave. We’ll see whether that is the case with the delta variety. But it’s certainly not an unreasonable expectation.”

“It certainly is plausible that people would pull back from some activities because of the risk of infection. Dining out, traveling, some schools might not reopen. We may see economic effects from some of that or it might weigh on the return to the labor market. We don’t have a strong sense of how that will work out so we’ll be monitoring it carefully.”

Powell also suggested that an increase in vaccinations would allow the the nation to “get back to our economic activity.”

Fed Expects Strong Recovery With Hiring and Spending Up

The central bank is keeping its benchmark short-term rate pegged near zero, where it has remained since the pandemic tore through the economy in March 2020. The Fed will also continue to buy $120 billion in Treasury and mortgage bonds each month — purchases that are intended to lower rates on longer-term consumer and business loans to spur more borrowing and spending.

The Fed’s latest policy statement comes as the economy is sustaining a strong recovery from the pandemic recession, with solid hiring and spending. The central bank took note of that improvement by observing, for the first time since the pandemic began to ease, that the economy is moving toward making the “substantial further progress” it wants to see before reducing, or tapering, its $120 billion a month in bond purchases.” This could be an early hint that the policymakers will start art reducing — or “tapering,” in Fed parlance — their monthly bond purchases later this year.

The economy’s widespread improvement, and a pickup in inflation, are key reasons why Powell and other Fed policymakers are believed to be moving closer toward pulling back their economic support. Consumer prices jumped 5.4% in June from a year ago, the biggest increase in 13 years. And a separate inflation gauge the Fed prefers has risen 3.9% in the past year.

Last month’s inflation surge marked a fourth straight month of unexpectedly large price increases, heightening fears that higher costs will erode the value of recent pay raises and undermine the economic recovery. But in its statement, the Fed again expressed its belief that the increase in inflation largely reflects “transitory factors.”

Among Fed watchers and investors, there is some concern that the central bank will end up responding too late and too aggressively to high inflation by quickly jacking up interest rates and potentially causing another recession. Earlier this month, Republicans in Congress peppered Powell with questions about inflation.

But at his news conference, Powell said that if “we were to see inflation moving up to levels persistently that were above significantly, materially above our goal … we would use our tools to guide inflation back down” to the Fed’s target average inflation of 2% annually.

After a period of broad agreement during the pandemic crisis, the Fed’s policymakers appear divided over how soon to bein tapering its bond purchases. Several regional Fed bank presidents support tapering soon, including James Bullard of the St. Louis Fed, Patrick Harker of the Philadelphia Fed and Robert Kaplan of the Dallas Fed.

But Powell has said that the central bank wants to see “substantial further progress” toward its goals of maximum employment and price stability before it would consider reducing the bond purchases. To make up for years of inflation remaining below 2%, the Fed wants inflation to moderately exceed its 2% average inflation target and to show signs of remaining above that level for an unspecified time.

In recent months, as consumer demand has exceeded the supply of goods and services in some industries, inflation — led by sharp price increases for things like used and new cars, hotel rooms and airline tickets — has topped 2%.

It’s not yet clear how the highly contagious and fast-spreading delta variant of the coronavirus might affect the U.S. or global economies or how the job market will fare in coming months. Hiring could accelerate in September as schools reopen, more parents are able to take jobs and expanded unemployment aid programs expire.

The bond market is signaling little concern about future inflation, with the yield on the 10-year Treasury note having fallen by nearly a half-percentage point since the spring, to about 1.26%. This also gives the Fed more time to consider its options.

Powell has said the Fed will communicate its intention to taper “well in advance” of doing so. Many economists think that signal will occur in late August or September.