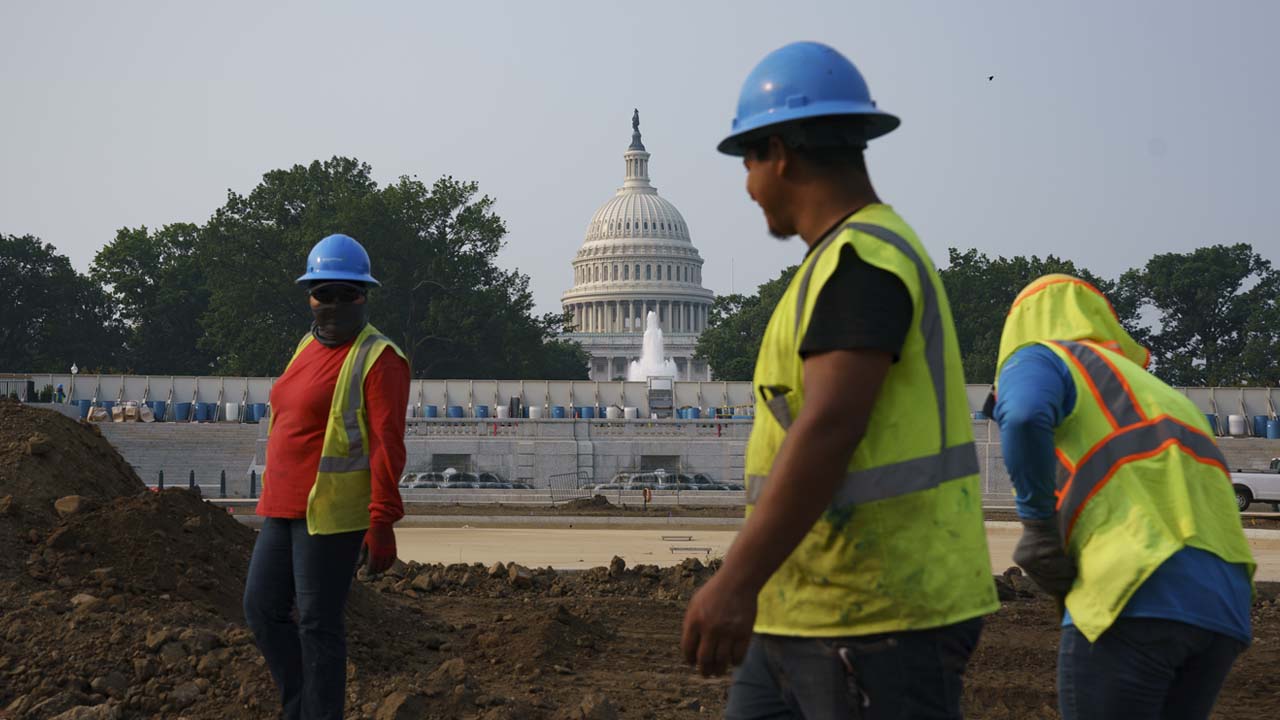 WASHINGTON — The overwhelming majority of Americans — about 8 in 10 — favor plans to increase funding for roads, bridges and ports and for pipes that supply drinking water. But that’s about as far as Democrats and Republicans intersect on infrastructure, according to a new poll from The Associated Press-NORC Center for Public Affairs Research.

President Joe Biden has bet that his handshake with a group of Republican senators can help power a $973 billion infrastructure deal through Congress, while Democrats would separately take up a $3.5 trillion proposal that could include money for child tax credits, schools, health care and other priorities. The dual-track approach has produced plenty of drama and uncertainty in Washington as negotiations continue, and those divisions seem to extend to the public at large.

“I like what he’s done so far,” said Marcos Ommati, 54, who lives in Arlington, Virginia, and edits a military magazine. “The infrastructure plan that he put out there, I think we need that desperately. If you drive around any places in the U.S., you see that the bridges are not in top shape.”

After the $1.9 trillion coronavirus relief package jumpstarted the economy — possibly creating the risk of inflation — the administration trusts that many voters will cast their ballots in next year’s election on infrastructure and other spending initiatives aimed at helping the economy.

There is general support for strengthening the electric grid, which has been battered this year by a deep freeze in Texas and extreme weather in recent months across the rest of the country. Many of the other infrastructure ideas championed by Biden splinter along party lines, with Republicans largely expressing uncertainty or opposition about many proposals.

Overall, at least 6 in 10 Americans back funding for local public transit, for affordable housing and for broadband internet service. While strong majorities of Democrats are in favor, fewer than half of Republicans back any of the three.

About two-thirds of Democrats also support funding for passenger and rail service, compared with about 4 in 10 Republicans. Among Republicans, roughly a quarter say they are opposed and about a third say they hold neither opinion.

Fewer than half of Americans, 45%, back funding for electric vehicle charging stations, while 29% are opposed. About two-thirds of Democrats, but only about a quarter of Republicans, are in favor. Roughly half of Republicans are opposed.

Slim majorities back expanded child tax credits for families with children and free community college for those who have not yet been to college. About three-quarters of Democrats favor both proposals.

Only about a quarter of Republicans support free community college, while about 6 in 10 are opposed. Republican views are more mixed on the expanded child tax credit: 34% are in favor, while 42% are opposed; another 24% say they hold neither opinion.

Support is generally stronger for funding for free preschool programs, with about two-thirds in support, including about 8 in 10 Democrats and about half of Republicans. Three in 10 Republicans are opposed.

But those investments in children and preschool strike voters like Alan Gioannetti as distortions of the idea of infrastructure. He equates the concept with anything that involves the work of engineers.

“If I need the foundation on my house repaired, I’m not going to call a social worker — I’ll call an engineer,” said Gioannetti, 69, who retired from the oil and gas business and lives in Seabrook, Texas. He takes a similarly dim view on Biden: “Being in the energy business, this new clown we have for a president screwed everything up for my friends and family.”

To pay for infrastructure improvements, about two-thirds of Americans support raising taxes on corporations and raising taxes on households earning more than $400,000 annually. But again, there is a divide on taxes as many Republicans lawmakers believe the increases would hurt economic growth.

The tax issue is as much about fairness as many Americans see the existing rules as enabling billionaires such as the founder of Amazon, Jeff Bezos, to pay at lower rates than people in the middle class.

“The tax system has allowed people to take advantage of their wealth, and I pay more taxes,” said Amy Stauffer, of Hesston, Kansas, who voted for Biden. “I pay more taxes than Jeff Bezos. Something’s wrong with that.”