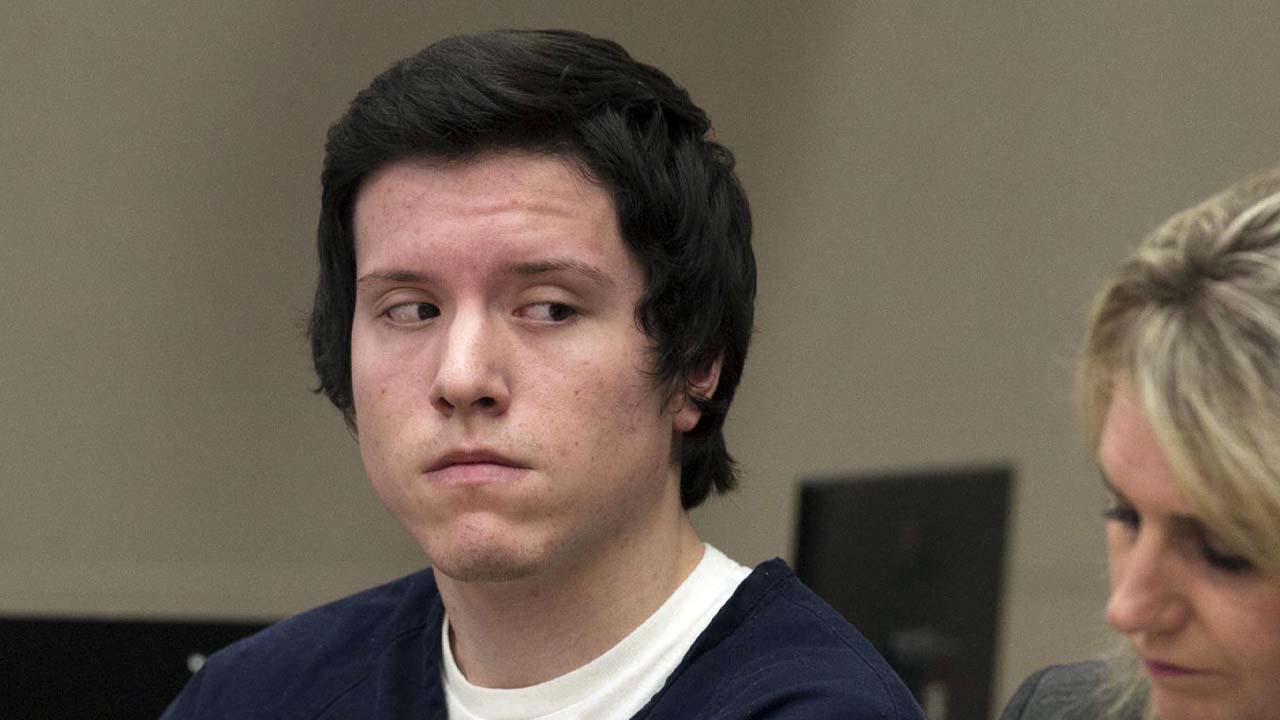 John Earnest listens to a witness' testimony during a preliminary hearing in court. (John Gibbins/The San Diego Union-Tribune via AP)
Share with friends

A 22-year-old former nursing student pleaded guilty Tuesday to murder and other charges in connection with a deadly shooting at a Southern California synagogue on the last day of Passover.

John T. Earnest avoided the death penalty with his plea in San Diego Superior Court. The San Diego County district attorney’s office said he agreed to serve the rest of his life in state prison without the possibility of parole. Sentencing is scheduled for Sept. 30.

Earnest opened fire with a semi-automatic rifle during the last day of Passover services in April 2019 at Chabad of Poway. The attack killed 60-year-old Lori Gilbert-Kaye and wounded three others, including an 8-year-old girl and the rabbi, who lost a finger.

Earnest then called 911 to say he had shot up a synagogue because Jews were trying to “destroy all white people,” authorities said.

He faces similar charges in federal court, where U.S. prosecutors face an Aug. 30 deadline on whether to pursue the death penalty. Kelly Thornton, a spokeswoman for the U.S. attorney’s office in San Diego, said the federal case is moving forward, with a hearing scheduled for Sept. 8.

U.S. Attorney General Merrick Garland halted federal executions this month while the Justice Department conducts a review of its policies and procedures.

The district attorney said it consulted the Kaye family and other victims before agreeing to the deal, aware that a possible plea arrangement in the federal prosecution would prevent the state’s case from moving forward.

“While we reserved the option of trying this as a death penalty case, life in prison without the possibility of parole for the defendant is an appropriate resolution to this violent hate crime, and we hope it brings a measure of justice and closure to the victims, their families, friends and the wider community,” the office said. “This plea ensures the defendant is held accountable for his crimes under California state law.”

California Gov. Gavin Newsom declared a moratorium on the death penalty in 2019.

Representatives of Chabad of Poway didn’t immediately respond to a request for comment.