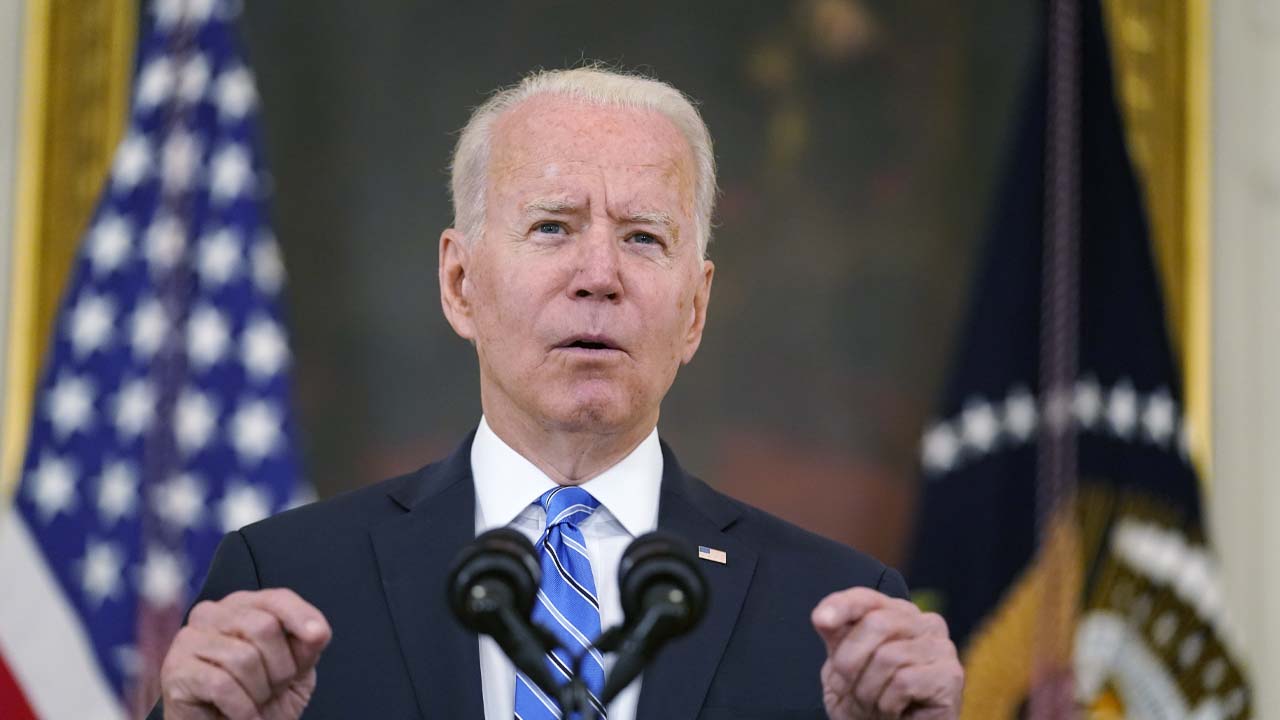 WASHINGTON — President Joe Biden said his infrastructure and families agenda must be passed to sustain the economic momentum of his first six months in office, aiming to set the tone for a crucial week of congressional negotiations on the two bills.

But a Wednesday deadline set by Senate Majority Leader Chuck Schumer on the bipartisan infrastructure bill was in doubt as Republicans signaled they would block a procedural vote, for now, while details are still being worked out. Senators are wrangling over how to pay for the new spending in the $1 trillion package of highway, water system and other public works projects.

At the same time, Democrats are developing the particulars of a separate bill that would invest a stunning $3.5 trillion nationwide across Americans’ lives — with support for families, education, climate resiliency and other priorities that they aim to ultimately pass with solely Democratic support. Democrats hope to show progress on that bill before lawmakers leave Washington for their recess in August.

The legislative maneuvering marks a major test of Biden’s ability to deliver on a massive package of economic promises and reforms he made during his campaign. He’s been putting public pressure on lawmakers with a series of speeches highlighting the strengthening economy while emphasizing the need for further investment to continue that growth and to bolster the middle class. Biden’s top aides met with senators late Monday.

“What the best companies do — and what we as a country should do — is make smart, sustainable investments with appropriate financing,” the president said Monday at the White House.

Calling his plans a “blue-collar blueprint for building an American economy back,” Biden said, “This is the best strategy to create millions of jobs and lift up middle class families, grow wages and keep prices affordable for the long term.”

The economy has come back to life as more Americans have gotten vaccinated and Biden’s earlier $1.9 trillion relief package has coursed through the country. Employers have added an average of nearly 543,000 jobs a month since January, with Federal Reserve officials anticipating overall economic growth of roughly 7% this year that would be the highest since 1984. Yet there is also uncertainty as employers say they’re struggling to find workers at the current pay levels and inflation concerns have yet to fully abate.

McConnell and outside groups including the conservative Americans for Prosperity encouraged Republicans to vote against proceeding to the bipartisan package until they have more details. “I think we need to see the bill before we decide whether or not to vote for it,” McConnell told reporters at the Capitol.

The president is pushing for more than $4 trillion in combined spending with the hopes of prolonging solid economic gains. Biden’s $3.5 trillion package focused on climate, schools and families will need support from all 50 Senate Democrats to clear a party line vote.

Key to Biden’s message is that the growth is occurring as intended and helping the U.S. middle class. Yet much of it is expected to fade as the economy fully heals from the pandemic.

But the $973 billion infrastructure deal Biden struck with a group of Republican and Democratic senators lacks a clear plan for how to pay for it as GOP lawmakers have backed away from tax compliance enforcement by the IRS.

Instead, senators in the bipartisan group are considering rolling back a Trump-era rule on pharmaceutical rebates that could bring in some $170 billion to be used for infrastructure. No decisions have yet been made as senators huddled late Monday with administration officials on next steps.

Questions on How to Pay for Bill Remain Unanswered

Sen. Rob Portman of Ohio, a chief Republican negotiator, said they resolved half of the estimated two dozen unresolved issues after a marathon round of talks late Sunday with the White House.

“It’s absurd to move forward with a vote on something that is not yet formulated,” he said.

Over the weekend Republicans chafed at the prospect of a Wednesday vote, noting that major questions over how to pay for the spending still remain unanswered. The package needs 60 votes to defeat a GOP filibuster, a delaying tactic, and pass the Senate — which means at least 10 Republicans have to join all 50 Democrats in supporting it. With Republicans still expressing concerns over the package, the success of the Wednesday procedural vote remains in doubt.

“It’s time to begin the debate,” Schumer said Monday, setting up the votes.

Sen. Jon Tester of Montana, a key Democratic negotiator, said if Republicans block the vote with a filibuster “that’s a problem. Hopefully, people will be smarter than that.”

White House press secretary Jen Psaki dismissed questions Monday over the future of the bill and what the administration would do if Wednesday’s vote is unsuccessful.

“Two days is a lifetime in Washington, so I don’t think we’re going to make predictions of the death of the infrastructure package,” she told reporters.

Biden Pushes Back Against Critics

Biden also used his Monday remarks to push back against Republican critics of his plans who argue massive federal investments in the economy will accelerate inflation.

Consumer prices climbed 5.4% for the year that ended in June, the highest annual increase since August 2008. Higher inflation can erode the wages of workers and ultimately hurt economic growth.

Biden said Monday that his proposed investments would help rebuild U.S. supply chains and ease pressures on U.S. production that some economists say have contributed to inflation.

“If we make prudent, multi-year investments in better roads, bridges, transit systems and high speed internet, a modern resilient electric grid, here’s what will happen: It breaks up the bottlenecks in our economy,” he said.

“These steps will enhance our productivity, raising wages without raising prices. That won’t increase inflation, it’ll take the pressure off of inflation,” Biden added.