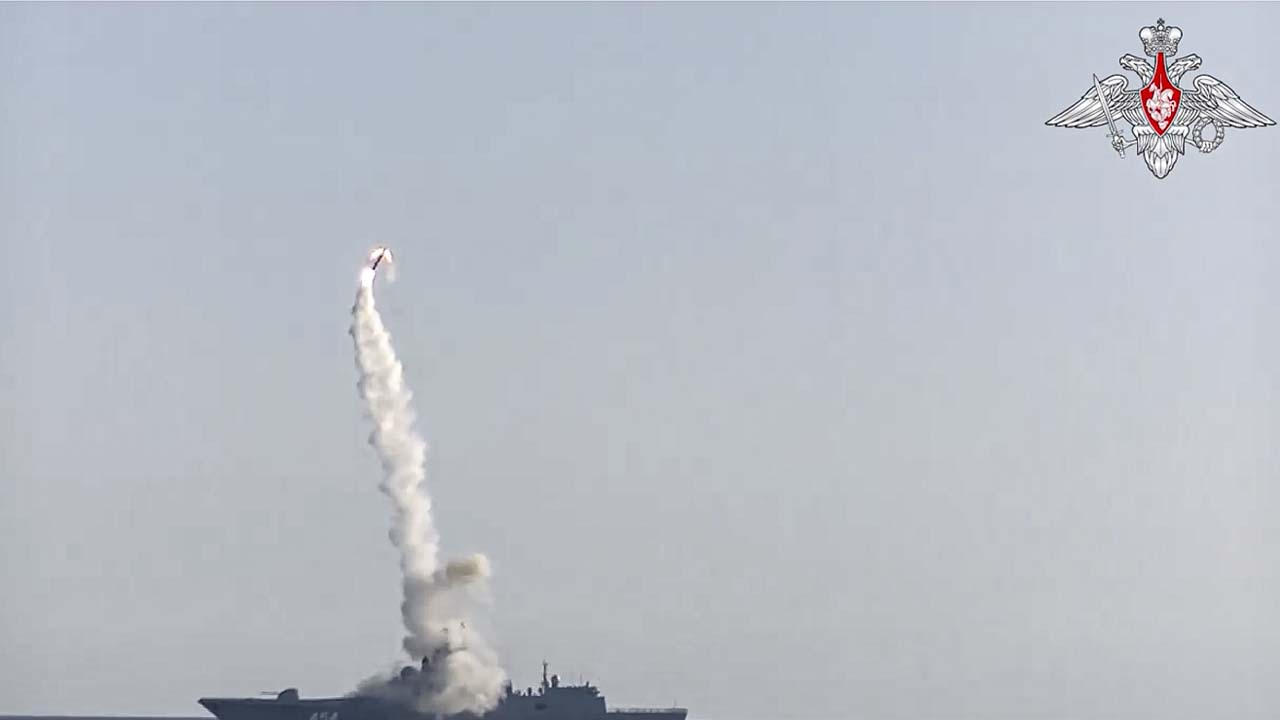 A new Zircon hypersonic cruise missile is launched by the Russian navy from the White Sea. (Russian Defense Ministry Press Service via AP)
Share with friends

Russia’s Defense Ministry said the Zircon missile was launched from the Admiral Groshkov frigate in the White Sea.

The ministry said the missile flew at a speed seven times the speed of sound and successfully hit a designated practice target more than 350 kilometers (217 miles) away on the coast of the Barents Sea.

Russian President Vladimir Putin has said Zircon would be capable of flying at nine times the speed of sound and have a range of 1,000 kilometers (620 miles). Putin has emphasized that its deployment will significantly boost Russian military capability.

The Russian navy has conducted several previous test launches of the new missile, including one on Putin’s birthday in October, and officials said the tests are to be completed later this year.

Zircon is intended to arm Russian cruisers, frigates and submarines. It is one of several hypersonic missiles under development in Russia.

NATO responded to Monday’s test with a statement that claimed Russia’s missile development “create a greater risk of escalation and miscalculation.”

“Russia’s new hypersonic missiles are highly destabilizing and pose significant risks to security and stability across the Euro-Atlantic area,” the statement said.

“NATO allies are committed to respond in measured way to Russia’s growing array of conventional and nuclear-capable missiles,” the alliance said. “We will not mirror what Russia does, but we will maintain credible deterrence and defense, to protect our nations.”

The Kremlin has made modernizing the country’s arsenals a top priority amid the tensions with the West that followed Russia’s 2014 annexation of Ukraine’s Crimean Peninsula.