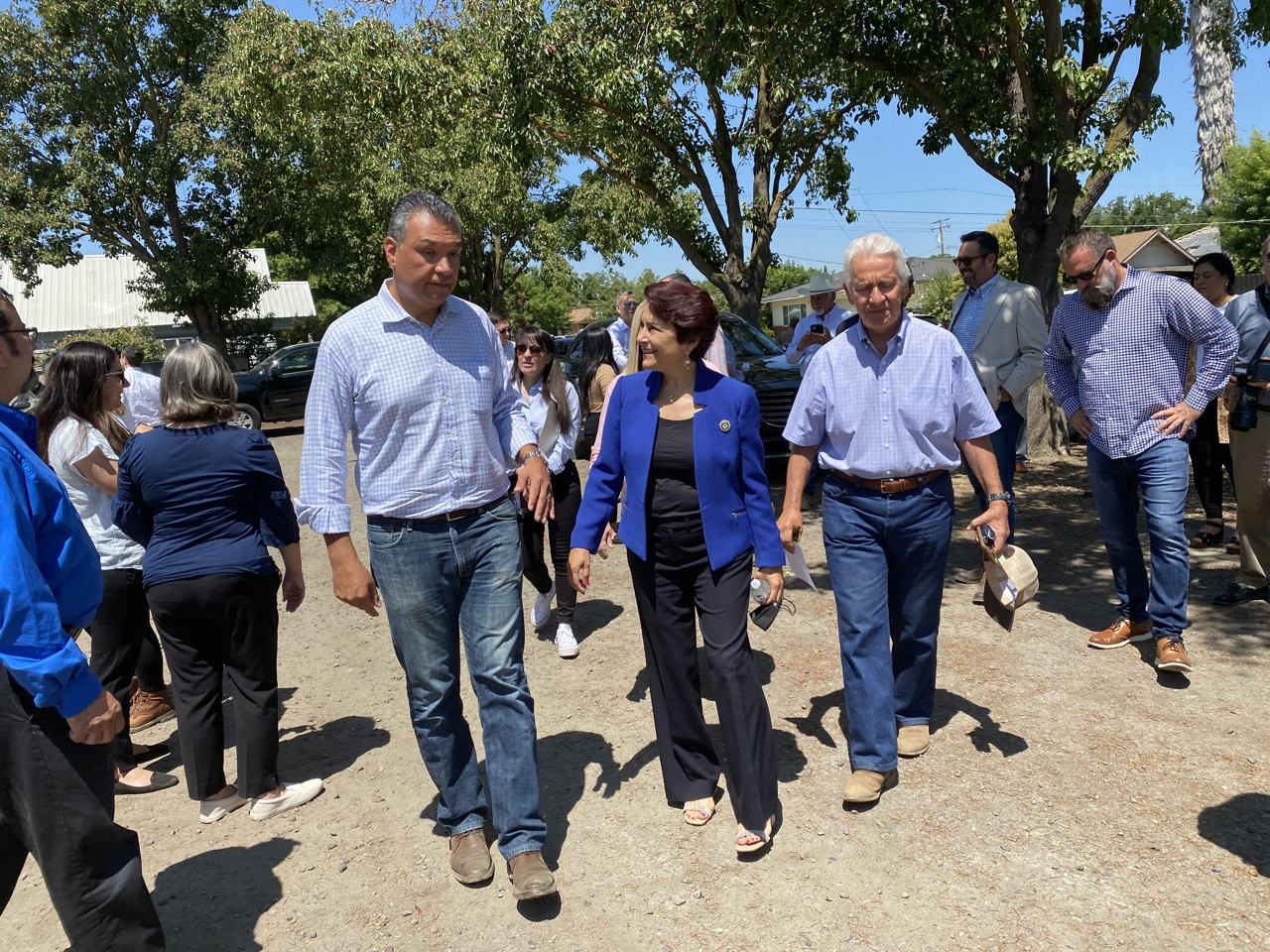 Alex Padilla made his first official visit to the Central Valley as U.S. Senator, holding several discussions about water.

Padilla, along with other elected officials, held a media availability at his only public event of the day — a tour of the Dos Palos water treatment plant. There, he spoke about the need to upgrade infrastructure for drinking water, as well as water for farmers.

Padilla says the infrastructure bill being debated in the Senate will help with water, especially in underserved areas.

“We’re talking education and health care and child care and yes, water, water, water, water. We all know that access to clean water is essential for the health and safety of our communities and our economy. It’s particularly key to California’s agricultural industry,” Padilla said.

Padilla said climate change “has turned the drought into what seems like the new normal in communities around the state.”

The senator talked about legislation he supports that would help rebuild aging water plants, and replace “every lead pipe in America over the next 10 years.” 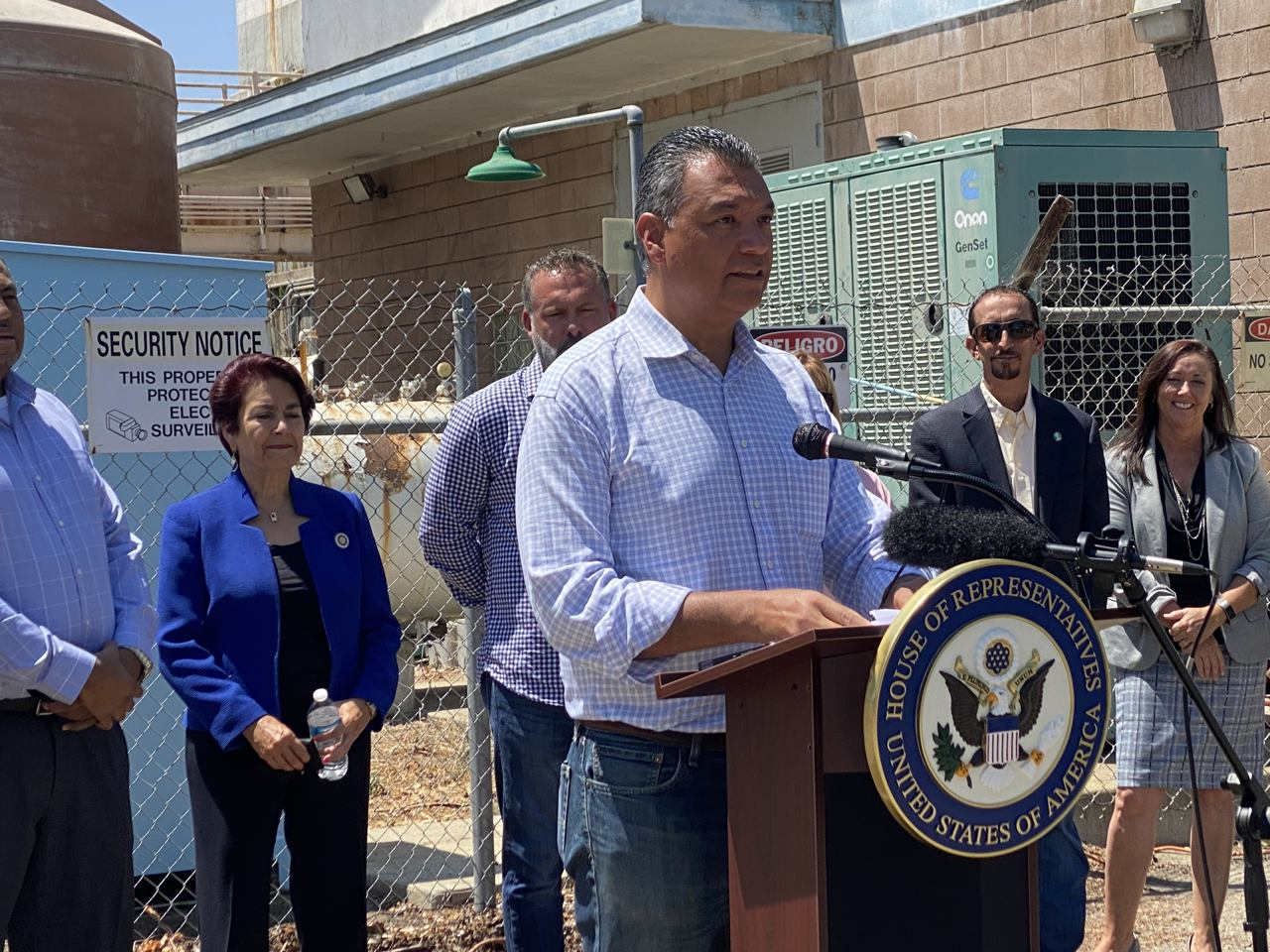 U.S. Sen. Alex Padilla says he is on a “listening tour” about water in the Central Valley (GV Wire/David Taub)

When GV Wire asked him about his plan for water for the agriculture industry, Padilla circled back to infrastructure.

“This is part of the ongoing tour and part of what we’ve been able to see firsthand is sort of the state of existing infrastructure investments that need to be made to recapture the capacity to improve the effectiveness, efficiency of existing infrastructure and what additional infrastructure is strategic for the needs of this region and frankly, all the regions of California. What’s not lost on me is that the governor’s emergency declarations in 51 counties around the state. So we’re we’re all in this together,” Padilla said.

“That’s part of our message. I know that he’s here for this rural community having good drinking water that they’ve had issues with and needing funding to upgrade their system. But we also want him to focus on ag water here in the Valley, because this drought has been a terrible hardship for farmers and farm workers that lose jobs because of the drought. So we want to him know more about that and try to help us out,” Del Bosque said.

A tour of the Dos Palos water treatment plant for @SenAlexPadilla pic.twitter.com/N4sTAlY0e0

Earlier in the morning, Padilla held a meeting with supporters in Fresno. After the tour of the Dos Palos water plant, he had a lunch meeting at nearby Del Hale Hall.

Padilla is scheduled for a fundraiser in Fresno Friday night.

The Senator is here in the #CentralValley today to discuss #water and #drought. #SD14 pic.twitter.com/Xeb98pDOxW