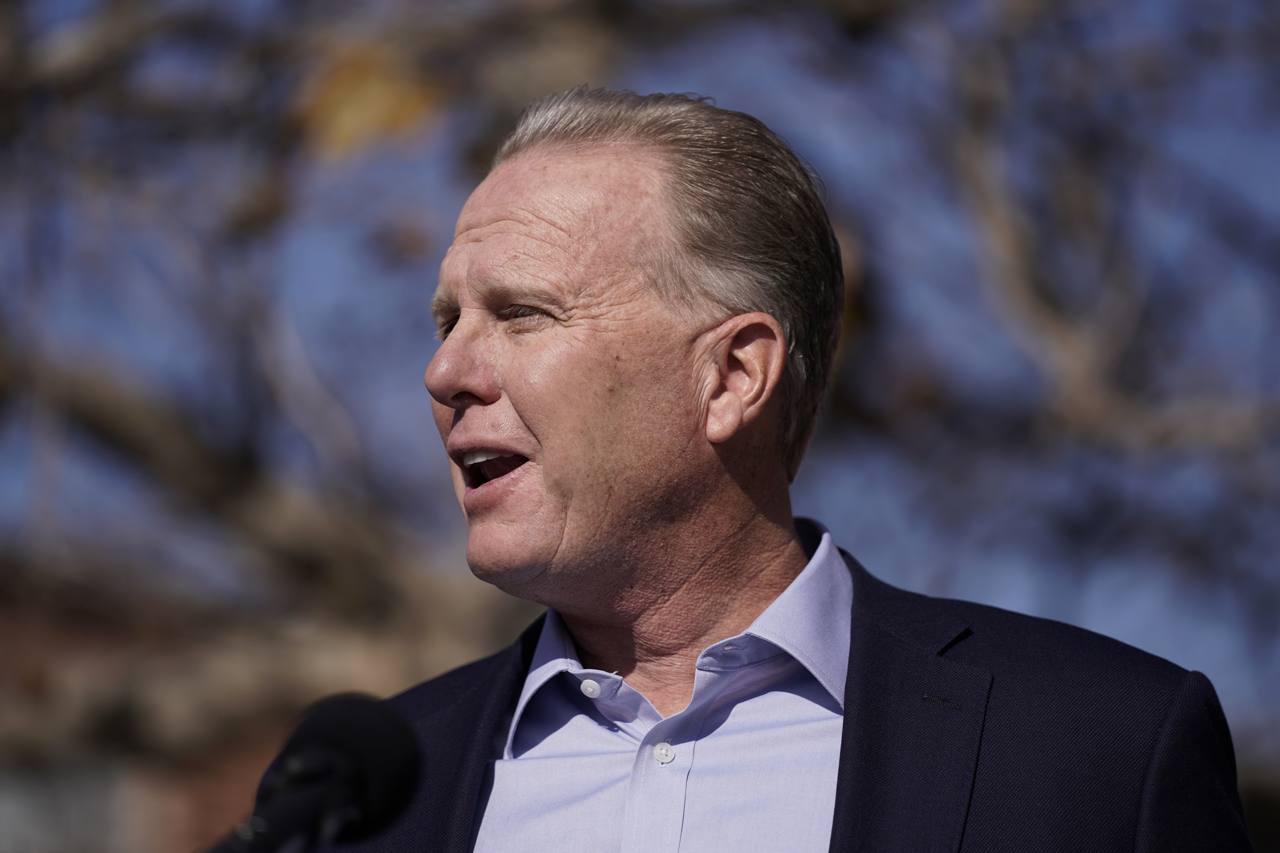 SACRAMENTO — Republican candidate for governor Kevin Faulconer says he’d declare a state of emergency over California wildfires on his first day in office as he works to put the state on “war footing” to prevent worsening blazes.

Faulconer released his one-page wildfire plan Tuesday amid days of scorching temperatures and fires across the U.S. West.

“What I really want to do is put us on a war footing when it comes to preventing wildfires, and that’s what this plan is all about,” Faulconer said in a Monday interview with The Associated Press.

The former mayor of San Diego is running in the Sept. 14 recall election of Democratic Gov. Gavin Newsom. Faulconer has steadily rolled out policy proposals and tried to craft himself as the serious-minded Republican with the governing track record California needs.

As drought grips California and the rest of the West, wildfires are top of mind. Newsom made fire prevention a key focus of his first year in office, spending his first full day on the job calling for a greater focus on clearing brush and dead trees in high-risk areas.

But he’s recently faced criticism for his approach after a Capital Public Radio investigation found his administration cleared just a fraction of the acres he had touted. This year’s state budget sets aside $1.5 billion over two years to address fires.

The $1 billion would be “an ongoing secure source of funding year after year that demonstrates how important this truly is because this is about saving the lives,” he said.

Newsom declared a state of emergency in 2019 that eliminated some environmental rules and other regulations for 35 fuel-clearing projects. Beyond those projects, the state is combining various regulatory permits for fuel reduction projects, Newsom’s office said.

Faulconer said his state of emergency would make it easier to complete all projects by the California Department of Forestry and Fire Protection as well as local projects.

State law already requires people who live in certain high-risk areas to create at least 100 feet of “defensible space” around their homes to protect against flying embers and encroaching blazes. Homeowners who refuse to do so can be fined, though the law is enforced unevenly.

Faulconer said he would encourage people to clear their property by offering a tax credit of up to $10,000.

Creating a Department of Wildfire Prevention

Faulconer also wants to create the California Department of Wildfire Prevention, which would take fire prevention duties away from Cal Fire and other agencies and put them all in one place. He said he wants to keep Cal Fire focused on fighting blazes, while the new state department would work on preventing them.

His plan didn’t touch on regulating utilities, whose equipment has sparked some of the state’s deadliest and most destructive wildfires, or climate change, which experts say is making fires more intense.

Faulconer said climate change “plays a role” but that the state needs to immediately focus on clearing more fuel and brush.

California voters will be asked two questions in the recall: Should Newsom be removed from office, and who should replace him? Votes on the second question will only be counted if more than 50% of people say yes on the first.